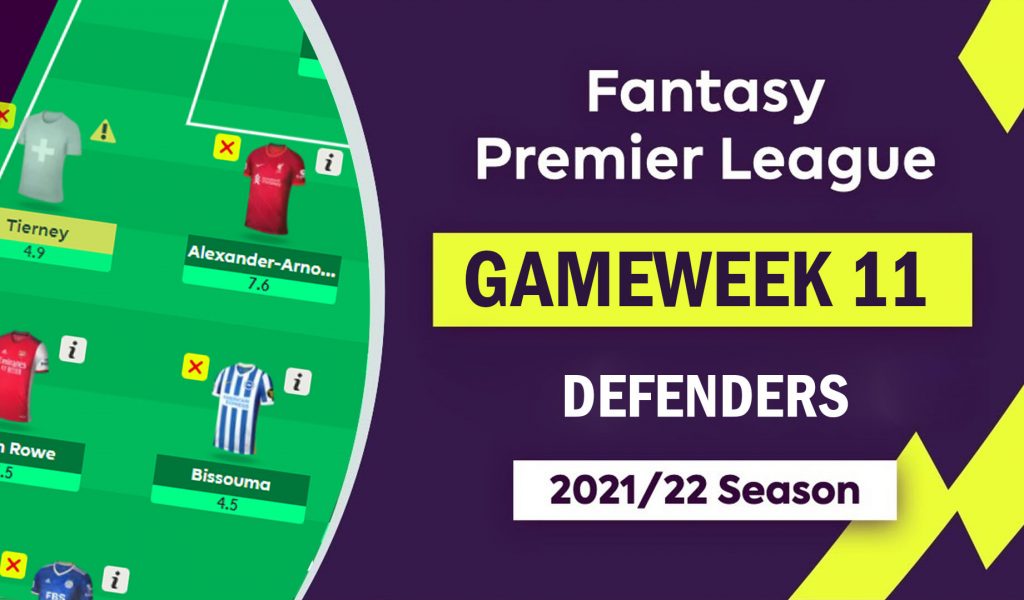 Another gameweek of the Premier League being upon us means the Fantasy Premier League managers around the world have to finalize their choices for another weekend. If you are looking to get the best FPL defenders for the weekend, this list will help you with three of the best options available to guarantee you a clean sheet, and maybe even a complimentary goal.

The first name on our list is Brighton and Hove Albion’s Lewis Dunk. Priced at £5.0m, the Brighton skipper will lead the Seagulls out against Newcastle at the Amex Stadium. Having racked up 39 points in the Fantasy PL this season already, the English centre-back is one of the most likely names to help guarantee you a clean sheet against a struggling Newcastle side.

Brighton have been one of the better sides in the league this season as they sit as high as eighth on the standings, and will go into the game fresh off an encouraging draw against Liverpool at Anfield last weekend. Against a Magpies side that are yet to win a game, Graham Potter’s side will back themselves to shut them out – and register their fifth league clean sheet this season.

The next name on our list is Arsenal’s Gabriel Magalhães. The Gunners’ defensive woes have taken a back seat as they have kept four clean sheets in their last seven games in the league, and the Brazilian centre-back is right at the centre of their revival. Priced at only £5.0m, Gabriel will line up against Watford on Sunday – a game that Arsenal will back themselves to win at home.

The 23-year-old scored against Leicester City last weekend to send the Gunners into the lead, in a game that they would go on to win as well as keep a clean sheet in. Arsenal’s home form has been encouraging this season, as they have collected 10 points from their five home games this season – losing only once. Against a Watford side who have struggled defensively all season so far, Gabriel is likely to help Mikel Arteta’s side keep their fifth clean sheet in eight outings.

The last name on our list is Chelsea’s Reece James. The Blues’ impressive defensive form this season has made their premium defenders a must-have for any FPL manager, and the best option at the moment is the English full-back priced at £5.8m. Chelsea have only conceded thrice in the league this season, and are yet to concede from open playmaking James a solid option for any Fantasy team to have this season. In addition to that, James offers plenty in front of goal as well.

In spite of being a defender, James has the most goal involvements for the Blues in the league this season, having racked up four goals and three assists already. His tally of four goals also makes him the Blues’ top scorer in the league so far, and he will look to add to it when he lines up against Burnley on Saturday. Against a team that finds themselves in the relegation spots, James is likely to keep a clean sheet for starters – and he may even continue his scoring streak.