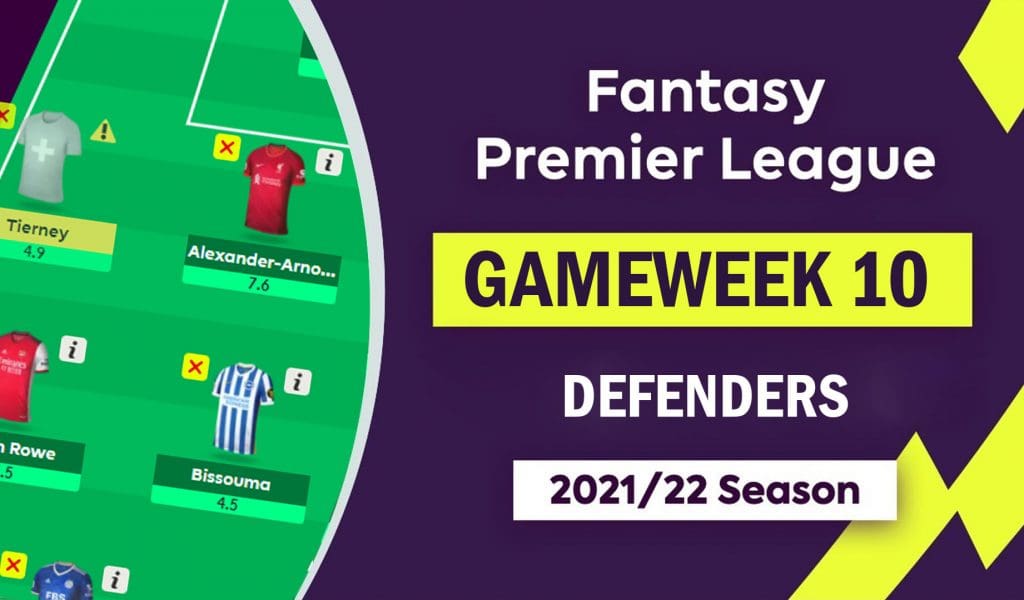 The newest game week of the Premier League is upon us this coming weekend, and the thousands of Fantasy PL managers around the world are looking for the newest of ways to outscore their opponents. An important part of any successful Fantasy PL team is the rear guard, and we will list our preferred names when it comes to defenders you can pick for this weekend.

The first name on our list is West Ham’s Aaron Cresswell. The Hammers have had a great start to their Premier League season, and are currently sitting as high as fourth place on the table – and much of that is because of their strong backline. And one of the ever-present names in their powerful rear guard is left-back Aaron Creswell, who has had an impressive start to his season as well. Priced at £5.5m, the Englishman has already racked up a goal and an assist apiece this season, helping his total Fantasy Premier League points tally to 45 points this season so far.

West Ham will travel to Villa Park on Sunday, a venue where they are unbeaten in their last three games. The Hammers are also unbeaten on the road so far this season, and a morale-boosting win over Manchester City on penalties in their Carabao Cup fourth round match on Wednesday will mean that West Ham will be up for the challenge to get all three points. David Moyes’ side has also kept four clean sheets in each of their last four games in all competitions, and will be looking to make it five from five this weekend – making Cresswell a logical pick.

The next name on our list is Chelsea’s Ben Chilwell. After a slow start to the season where he was used as deputy to Marcos Alonso as a left wing-back, Chilwell found himself restored in the starting line-up – and he has not looked back since. The English full-back has since found a golden touch in front of goal, having scored in his last three games in the Premier League. In fact, no other Chelsea player this season has scored more Premier League goals than Chilwell – his three goals in only three starts this season make him the joint-top league scorer for Chelsea.

His goalscoring exploits have helped Chilwell reach a tally of 35 points in this season’s edition of the Fantasy PL already. Besides his goalscoring numbers, Chilwell has also made four key passes and created four chances this season – and he is defensively no dud either, having racked up 11 clearances, five headed clearances and four interceptions. An away outing to Newcastle who have conceded the second-most amount of goals this season means that the league leaders might dish out a similar battering as last week, and one can expect Chilwell to be a part again.

The last pick on our list is João Cancelo of Manchester City. The Portuguese fullback has been one of the stand-out premium defenders this season, and a home outing against Crystal Palace this coming weekend makes him our top pick in defense. Cancelo has been City’s top scoring defender this season when it comes to Fantasy PL, and his total point tally of 51 points makes him one of the most trusted defenders you can pick this weekend. Cancelo is yet to score this season and has racked up a solitary assist, but goals and assists are not all there is to his game.

Cancelo is one of the most trusted cogs in Pep Guardiola’s well-oiled machine, being equally contributive to both attack as well as defence. Cancelo has made nine key passes and created 10 chances already this season, besides racking up 10 clearances, six headed clearances and 22 interceptions – making him one of the most complete defenders in the division. It also has to be noted that while City are unbeaten in their last five games against Palace in the Premier League, Palace are winless on the road so far this season – and that winless streak is most likely to continue.

Invincible: Every WSL team that has gone unbeaten and a breakdown of their season
Liverpool vs Brighton & Hove Albion: Match Preview | Premier League 2021/22
To Top