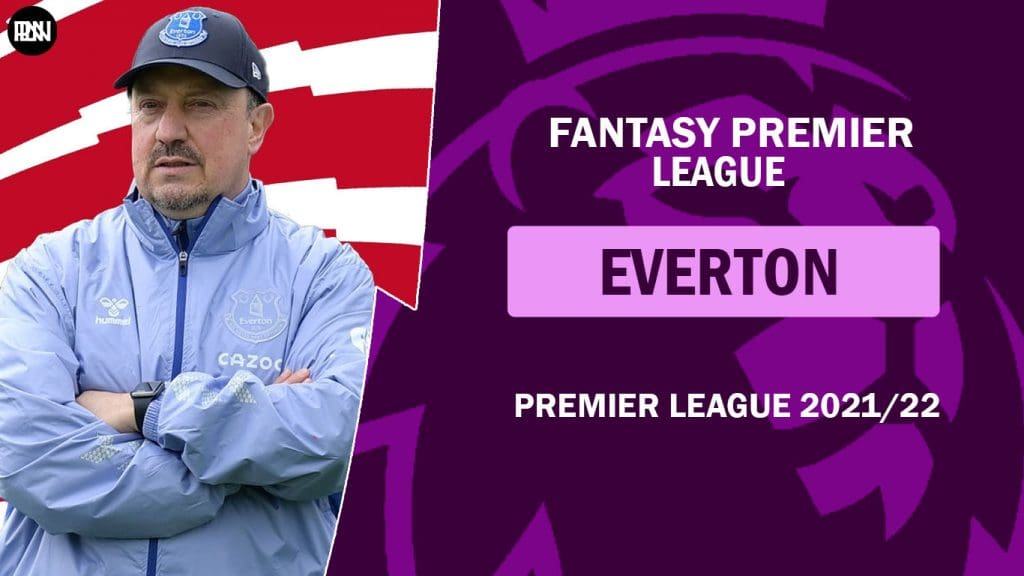 Everton headed into last season with high hopes, and they got off to a good start, sitting second in the Premier League table with 29 points after 15 games on Boxing Day. There was optimism that the club would maintain its onslaught on the top four, and there was even discussion of a title push at one point. The wheels began to fall off in the New Year, with humiliating home defeats to West Ham United, Newcastle United, Fulham, and Manchester City sending the Toffees crashing down the standings to seventh place by mid-February. Everton’s aspirations of finishing in the top four had been wrecked by only two wins in their preceding eight games.

Everton’s win against Liverpool in the Merseyside derby at Anfield rekindled some optimism, but the club’s poor home form hampered any improvement, with the club failing to overcome Burnley, Crystal Palace, Tottenham Hotspur, Aston Villa, or Sheffield United at Goodison Park in the final few weeks. Then, on the last day of the season, Everton were thrashed 5-0 by champions Manchester City, confining them to tenth place. During the second half of the season, a seemingly promising campaign went sour, and while they gained 10 points over the previous year, they only improved their final position by two places.

After an encouraging season under Carlo Ancelotti, the Italian left the Everton job for a managerial role at Real Madrid. Hence, he was recently replaced by ex-Liverpool manager, Rafa Benitez. At Merseyside, Rafael Benitez’s reintroduction to the Premier League has sparked quite a commotion. After half a dozen years in command at Anfield, the former Real Madrid, Inter Milan, and Napoli boss has returned to Liverpool after an 11-year hiatus but has shifted loyalties to the blue half of the city.

Known for being a defensive manager, Benitez’s teams have often been defensively stable and have been rarely seen losing their organizational shape. It will be interesting to see how Everton’s players fare under their new manager and how a shift of tactical style will impact their performances in a league that is highly competitive and ever-changing. Let us have a closer look at a few of the Toffees’ Fantasy Premier League (FPL) prospects: 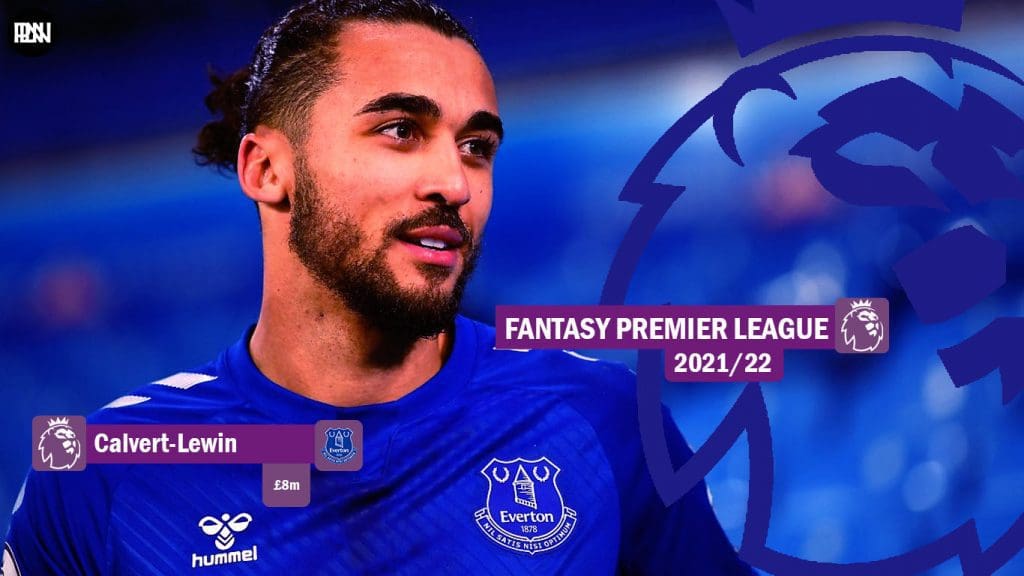 Dominic Calvert-Lewin (£8.0m) could pique FPL managers’ interest ahead of August’s Gameweek 1 deadline, thanks to 165 points last season and an advantageous opening schedule. Only four forwards scored more points in the Premier League in 2020/21 than the Everton striker, whose 16 goals and six assists, as well as his overall FPL tally, were all personal bests. Despite the fact that it appears doubtful that Everton will be an attack-minded side under Rafa Benitez, Calvert-Lewin is still a player to keep an eye on in FPL this season. It’s worth mentioning that he scored 68.8 percent of his goals in the first 11 Gameweeks of the season, and he had half of his assists in the first 14.

Calvert-Lewin netted five goals and added three assists in 20 league appearances between Gameweeks 15 and 38. Due to Everton’s attacking dilemma, DCL will almost definitely return to the starting lineup, with the majority of the club’s attacks coming through him in some form.  The Everton striker ranks 5th out of 61 forwards in the ICT Index and also ranks 16th out of 485 players in the overall ICT Index. 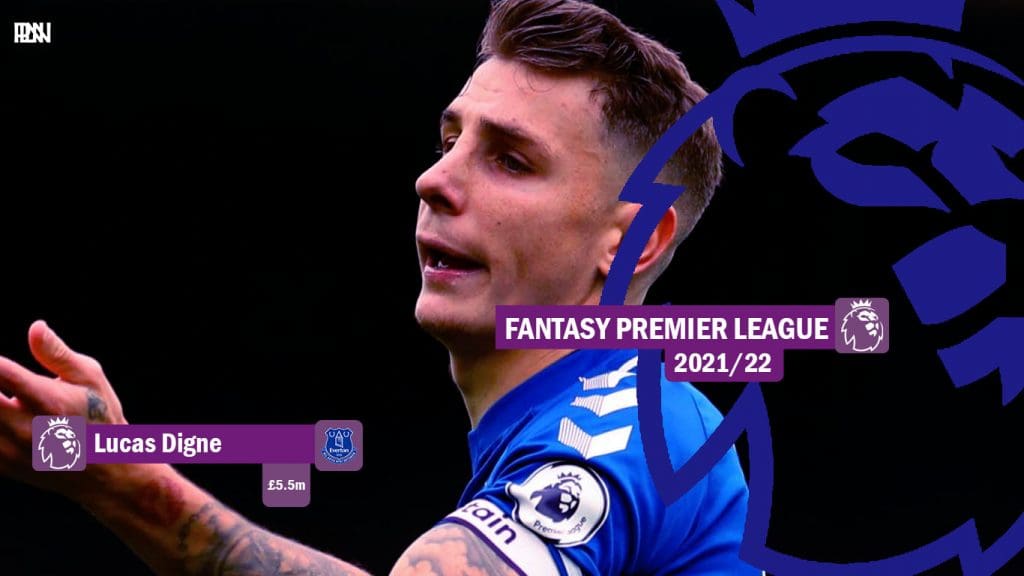 In previous seasons, Lucas Digne has not been the most attractive FPL pick, owing in part to his 6.0 million price tag. He is, nevertheless, a more appealing alternative at 5.5m. The Frenchman had nine assists last season and eight the year before, so he’s certainly a good pick if you’re looking for a defender who can consistently create attacking dividends. Digne should also profit from far more clean sheets now that Benitez is in charge, having only secured nine in each of his previous two seasons.

In his three seasons in the Premier League, Lucas Digne has never collected less than 120 FPL points. Because of his set-piece prowess, the France international adds assists and goals on a regular basis. The full-back ranks 11th out of 170 defenders in the ICT Index and also ranks 74th out of 485 players in the overall ICT Index. 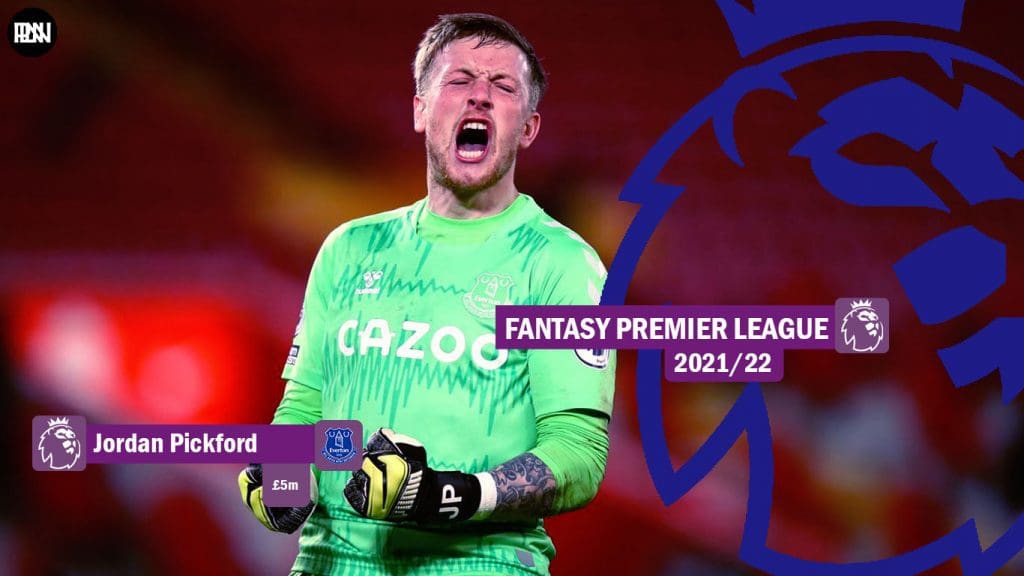 With five clean sheets at this year’s European Championship, England’s number one overcame skeptics and won the Golden Glove honor. Jordan Pickford, a former Sunderland goalkeeper, had a decent spell with the Toffees last season, keeping 10 clean sheets. Trust Everton to be even stronger at the back now that Rafa Benitez has taken over at Goodison Park, and the 38-cap stopper to accumulate more Fantasy Premier League points than ever before. It remains to be seen whether he can repeat his Euro 2020 form for Everton, but with Southampton, Burnley, and Norwich all scheduled to play at Goodison Park in the first six games, Pickford could prove to be a sensible purchase.

If you don’t like any of the £4.5m goalkeepers and don’t want to invest too much on a shot-stopper, Pickford at £5.0m could be a great choice. Pickford ranks 11th out of 50 goalkeepers in the ICT Index and also ranks 195th out of 485 players in the overall ICT Index. 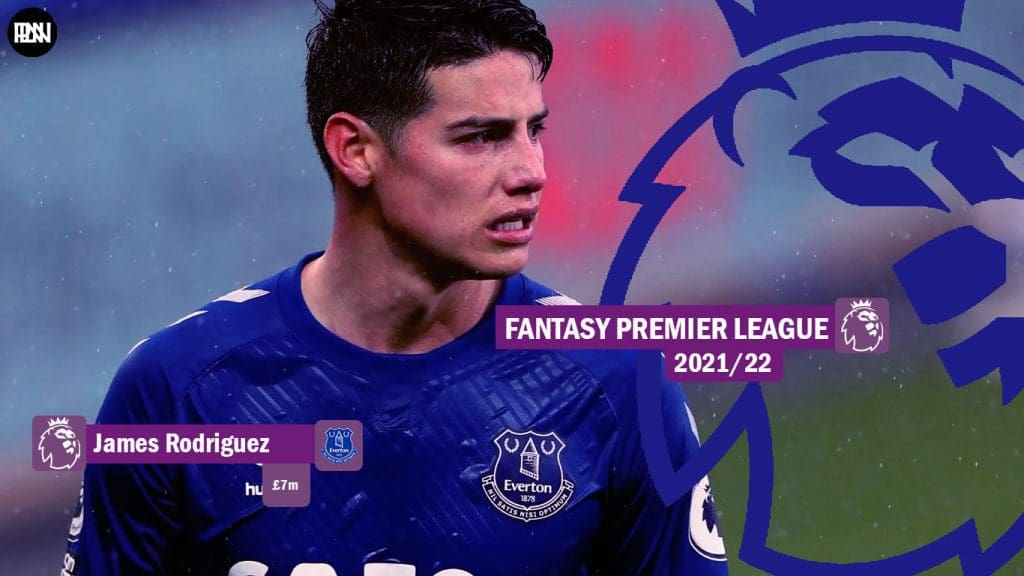 James Rodriguez’s arrival was perhaps one of Everton’s most significant transfer coups in recent memory (for a free, nonetheless). He had a terrific start to the season, scoring three goals and assisting on three others in the first six Gameweeks of the 2020/21 Premier League season. Unfortunately, his glimpses of promise were obscured by an injury-plagued season. He was out for the bulk of the year due to a lingering calf issue, which kept him out for successive games at a time.

James sought a much-needed rest during the summer after learning of his withdrawal from Colombia’s Copa America team owing to fitness concerns. It will be interesting to see how well he performs under Benitez and is certainly not an asset to be slept upon given that he stays at the blue side of Merseyside this summer. He is an important set-piece taker for Everton and can accumulate a lot of points if given the creative freedom he enjoyed last season. The Columbian ranks 41st out of 204 midfielders in the ICT Index and also ranks 68th out of 485 players in the overall ICT Index. 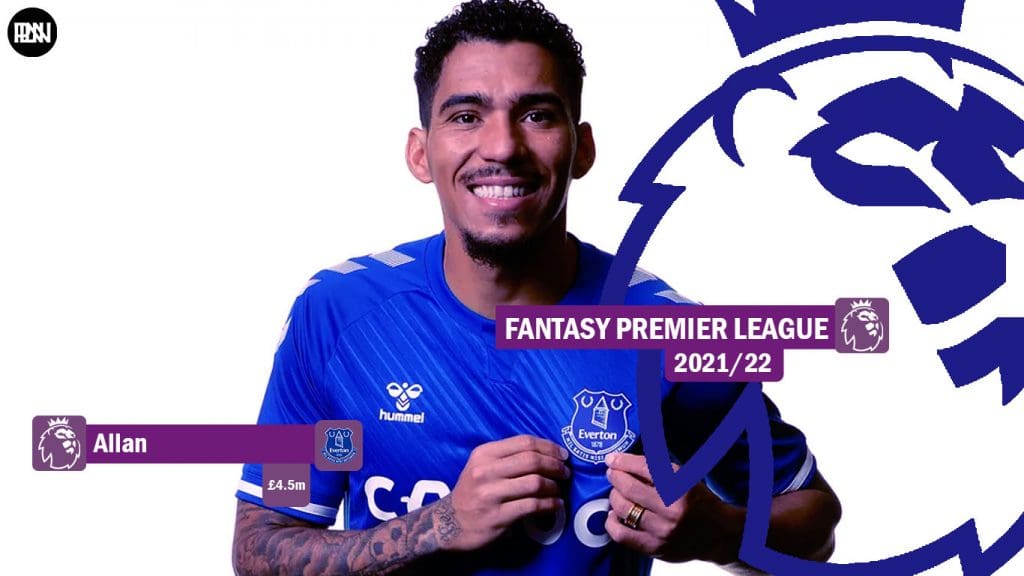 Accompanying Ancelotti from Napoli to Everton was Allan, a hard Brazilian who arrived in September to inject some much-needed grit to a midfield that had been tame for much of 2019-20. Allan had a remarkable debut season, with none of his Everton comrades surpassing his 80 Premier League tackles, but there was a perception that once he recovered from a hamstring problem in March, he never really restored his scorching form at the start of the season.

From a hefty £5.5 million price tag last year, the Everton enforcer has been lowered into the budget category. The midfielder has a low goal threat, but Benitez is anticipated to use him regularly from his first game as manager at Goodison Park. Allan ranks 100th out of 204 midfielders in the ICT Index and also ranks 212th out of 485 players in the overall ICT Index.