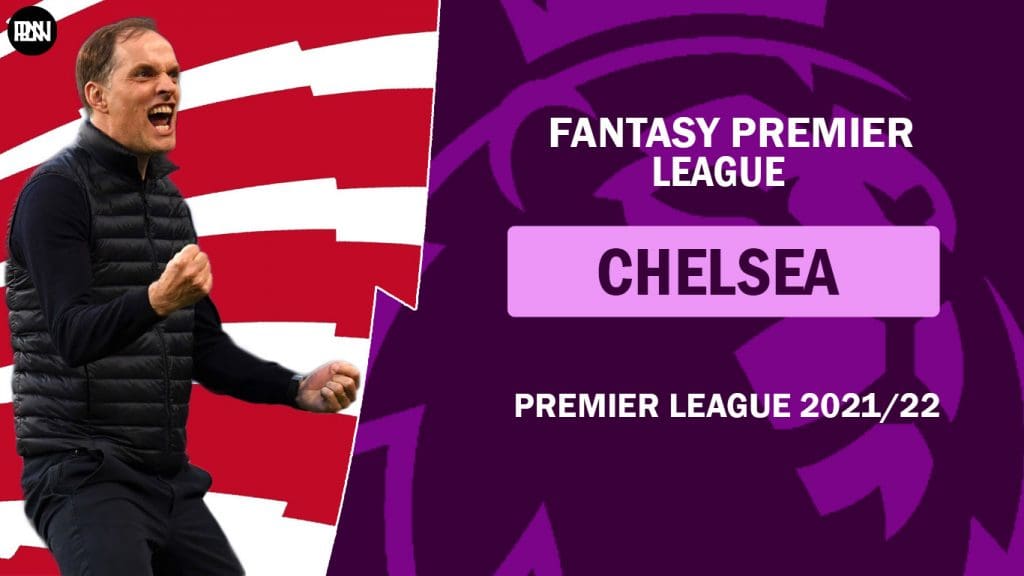 Chelsea had high expectations heading into the season. They’d spent the money they’d received from the sale of Eden Hazard and were hoping to make the transition from top-four to title challengers. They signed a number of players in the summer of 2020, including Hakim Ziyech, Timo Werner, Kai Havertz, Ben Chilwell, Thiago Silva, and Eduoard Mendy. Except for Thiago Silva and Ziyech, everyone was youthful and had a lot of promise.

Chelsea’s season has been intriguing to say the least. There were plenty of highs and lows, but after the managers’ shift, they got the job done. They finished fourth, barely a point ahead of Leicester City, clinching a place in the Champions League for the next season. Chelsea would not have finished in the top four if Leicester had won their final game. They’ve only just made it. Things weren’t as fantastic as they seemed under Frank Lampard.

Following a strong start, they began to exhibit their flaws, and teams quickly figured them out. All hell broke loose soon after, Lampard was ousted, and Tuchel stepped in to save the day. The German tactician began with a 14-game unbeaten record, which propelled them to fourth place in the table. They also advanced to the FA Cup final, and in May, they overcame Manchester City to win their second Champions League trophy. Chelsea became one of the strongest defensive teams in Europe after introducing a back-three with a double pivot ahead of them. During that time, they kept 11 clean sheets and conceded only 13 goals, both league-leading totals.

It will be interesting to see how the Blues perform in the Premier League after having found their feet last season under Thomas Tuchel. Keeping that in mind, let us have a look at Chelsea’s brightest prospects in terms of Fantasy Premier League for the upcoming Premier League season: 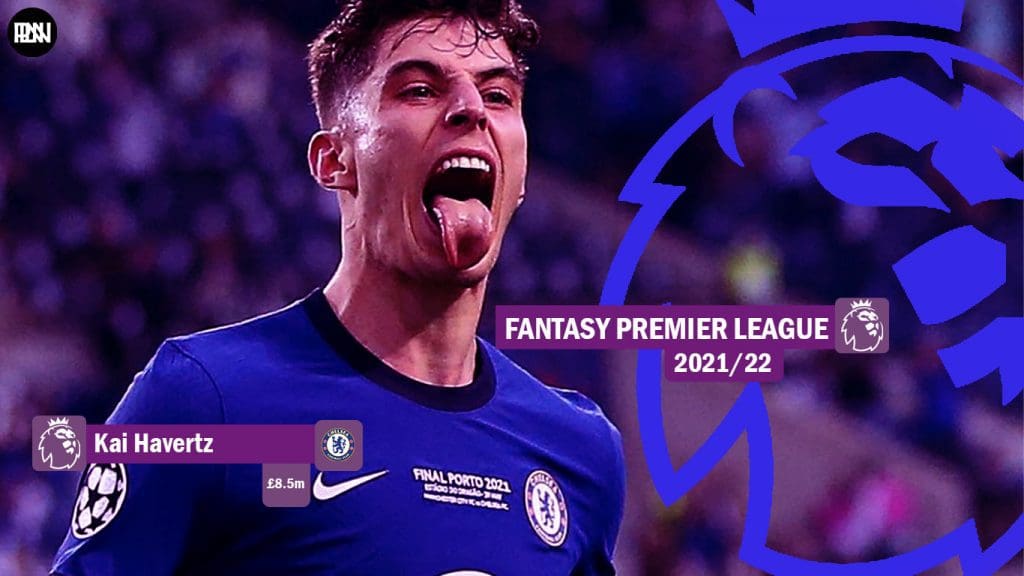 While most premium FPL midfielders are designed to play as attackers, Kai Havertz (£8.5m) might be the most out-of-position asset for Chelsea if he plays as a “false nine” under Thomas Tuchel. After a poor start, Havertz developed into a tremendously prominent player towards the end of his first season at Chelsea, shown by his contribution in the Champions League final win over Manchester City. Havertz is expected to be a crucial part in Thomas Tuchel’s starting XI for the 2021-22 season, and at £8.5m, he offers better service than some of the league’s big-hitters.

Furthermore, if Chelsea’s search for a new number 9 fails, and also due to the recent departure of Olivier Giroud along with the imminent departure of Tammy Abraham , the 22-year-old should see more time as a false-nine. It really is a role he’s excelled in under Tuchel on a few instances, and one he plays frequently with the German National Team. As his recent performances in Euro 2020 have demonstrated, he still has incredible potential that those willing to take a measured gamble on him for the 21/22 FPL season could reap. Havertz ranks 60th out of 202 midfielders in the ICT Index and also 104th out of 482 players in the overall ICT Index. 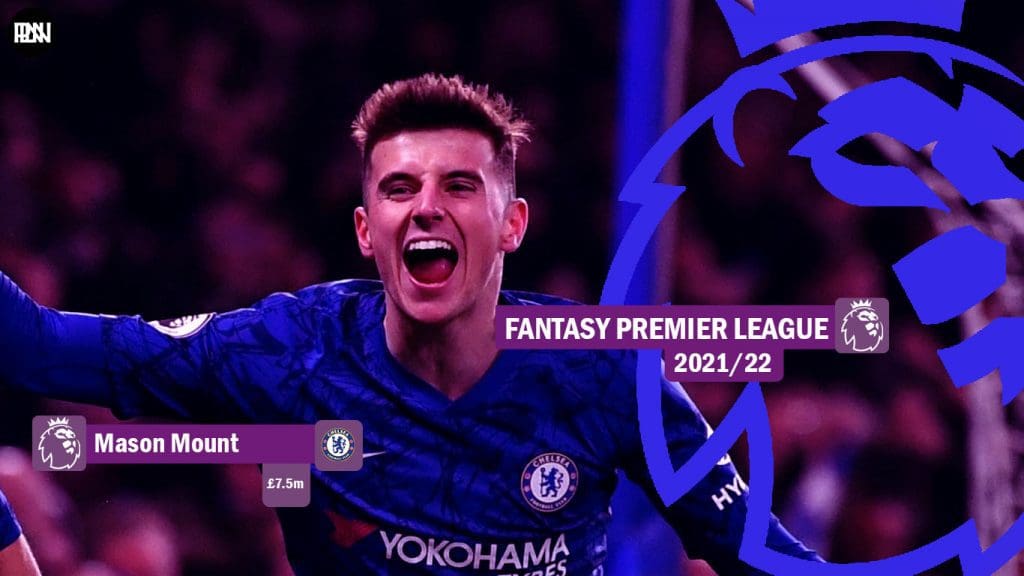 Mason Mount, Chelsea’s player of the season, has experienced a huge spike in his FPL worth, which is consistent with his reputation as the club’s highest-scoring midfielder last season. Mount is a frequent starter under Tuchel, scoring 147 points, and FPL owners can anticipate the same this season, given how important the Englishman has become.

He could score more goals and rack up more assists this season, particularly if a world-class center-forward is recruited aboard. Mount provides the best value among players in and around his price bracket, with the likes of Harvey Barnes and Paul Pogba scoring far fewer points than him, owing in large part to their own fitness troubles, which Mount has never had.

Picking good value-for-money players is more important than ever in a season where points will most likely have to be found in the midfield spots due to the low choices of forwards in the game, and Mason Mount could show to be more than valuable in this aspect. The Englishman found the back of the net 6 times last season along with also assisting his teammates 7 times last season and picked up 16 bonus points. He ranks 5th out of 202 midfielders in the ICT Index and also 7th out of 482 players in the overall ICT Index so he must be considered an essential given his price, threat and influence on Chelsea’s attacking build-up. 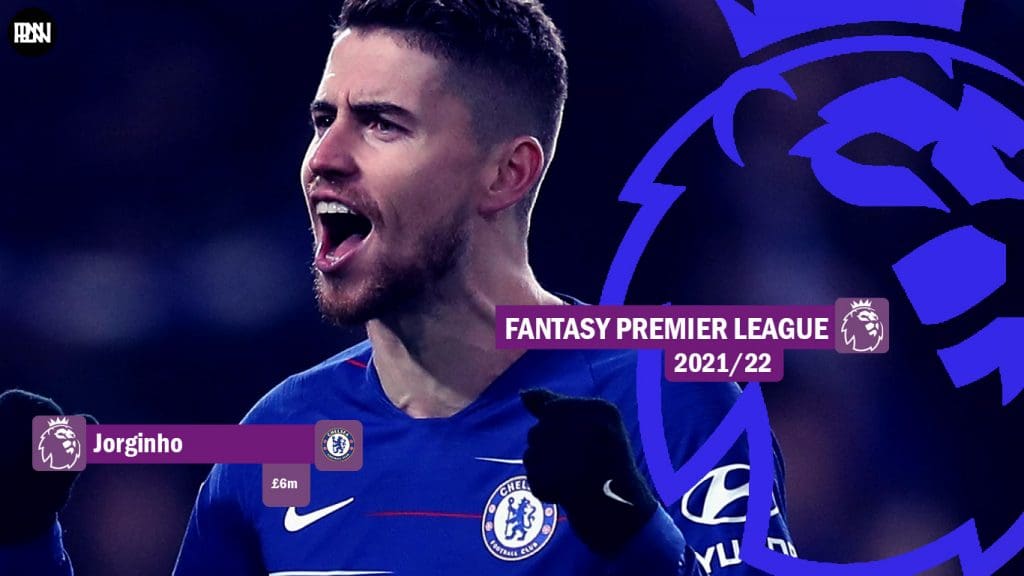 Jorginho (£6.0m) warrants a mention as Chelsea’s first-choice penalty taker due to his consistent minutes. The Blues have a tough start to the season, but penalties can transpire in any game. The 29-year-old has rejuvenated his career under Thomas Tuchel and has also improved massively in comparison to his performances under Frank Lampard and Maurizio Sarri. Jorginho also showed his class at the recently-held EURO 2020 with him winning the tournament and also earning a place in the Team of the Tournament.

The Italian international has also been mentioned in the 2021 Ballon d’Or conversations with him winning both the UEFA Champions League and UEFA Euro 2020 in the same season. In terms of FPL, the Italian scored 114 points last season, the second-highest in Chelsea midfielders despite playing in such a deep role. He also scored 7 goals and also laid on 2 assists to his teammates while also picking up 15 bonus points. The Italian ranks 59th out of 202 midfielders in the ICT Index and also 101st out of 482 players in the overall ICT Index. 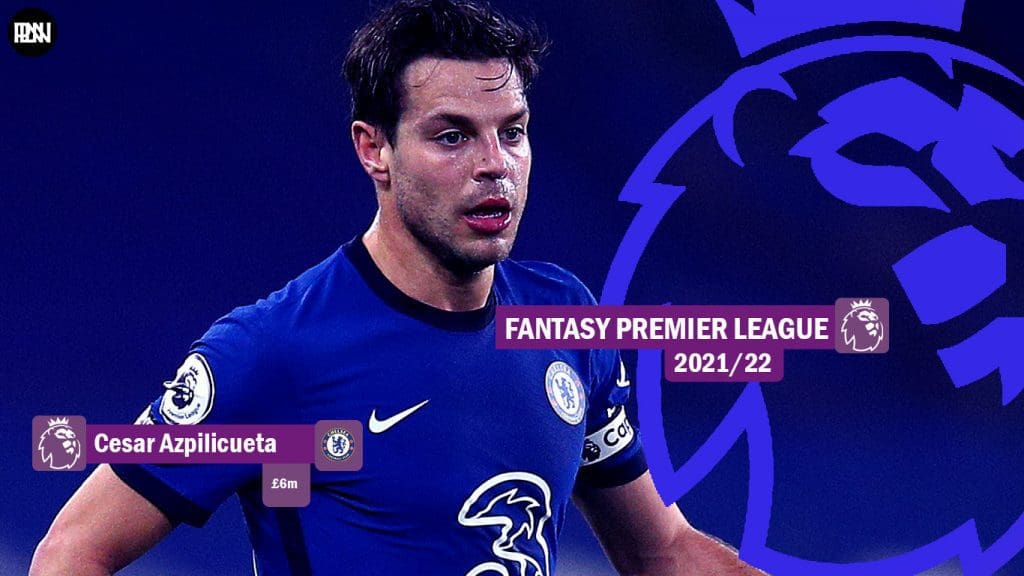 Cesar Azpilicueta, the Chelsea team’s veteran defender, has been remarkably steady over the course of nine FPL seasons, averaging 134 points each campaign. However, his role at Stamford Bridge has changed, and he hasn’t reached the heights he did in 2016-17 and 2017-18, when he scored over 170 points. He’ll eat into your finances at £6 million, but the Spanish international is an established performer.

Despite having played as a centre-back on several occasions, the Spaniard collected 113 points last season, the second-highest among Chelsea defenders. In addition to scoring 12 bonus points, he scored one goal and provided two assists to his teammates. The defender ranks 21st out of 169 defenders in the ICT Index and also 113th out of 482 players in the overall ICT Index. 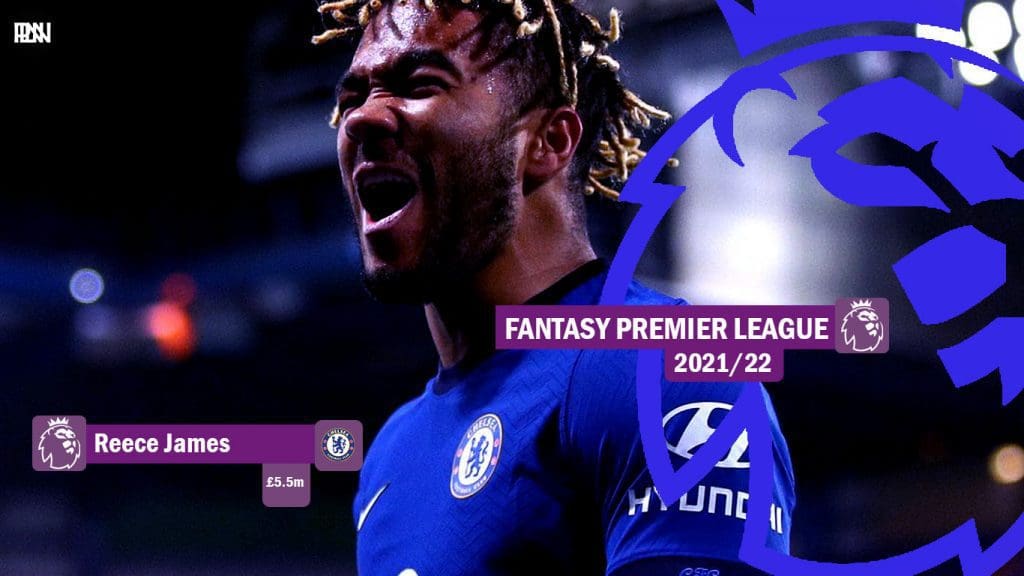 Reece James has played much more of an advanced role under Thomas Tuchel than he did under Chelsea’s previous manager, Frank Lampard which frankly suits him better. In Tuchel’s 3-4-3 system, the Englishman is a part of the midfield four and plays as a right wing-back/right midfielder which is pretty different to the full-back role under Lampard’s preferred 4-2-3-1.

He performed extremely well in his first season in the English top-flight with such an attacking role but their is still some room for improvement and if he manages to improve his attacking play from what it already is, he will be a force to be reckoned with. There was also a problem of his crosses and link-up play not finding any feet in the box due to some of Chelsea attackers’ abysmal performances.

However, if the Chelsea attackers manage to convert the huge amount of chances created by Reece, the 21-year-old can be expected to pick up plenty of assists and rack up some points for the FPL managers who put their trust in him. The Englishman scored 112 FPL points last season, third-highest among the Blues’ defense and also scored 1 goal and assisted his teammates on three occasions while also picking up 15 bonus points. Reece James ranks 6th out of 169 defenders in the ICT Index and also 55th out of 482 players in the overall ICT Index. The 21-year-old Englishman is the best defensive option out of the Blues’ squad in our opinion.

Chelsea faces Crystal Palace (H), Arsenal (A), Liverpool (A), Aston Villa (H), and Tottenham (A) for their first five fixtures of the 2021/22 Premier League season.

OFFICIAL: Son Heung-min signs a new contract at Spurs
Could Eden Hazard return to Chelsea this summer?
To Top