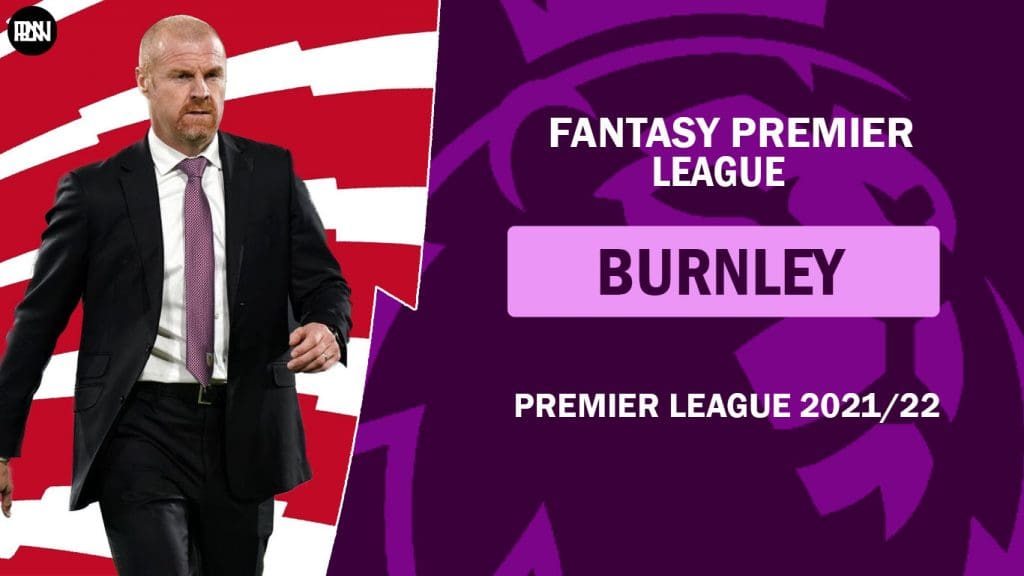 Since their promotion to the Premier League for 2016/17 season, the Clarets have spent the majority of their time there trying to maintain their spot. However, keeping up was one of their smoothest challenges yet this season, with rivals Fulham, West Bromwich Albion, and Sheffield United ranking among the worst combined trios in recent memory. Burnley, but at the other end, worked hard to avoid becoming the worst of the rest and failed, ending 17th, one point below the usual 40-point safety level, but 11 points ahead of Fulham in 18th.

Burnley had a dismal start to the season, losing five of their first seven games before winning their first three points — a win over Crystal Palace in November. They followed up their triumph over Palace at Turf Moor with a 5-0 loss to eventual champions Manchester City. Burnley, in classic Burnley style, lifted themselves up in December and produced their greatest month of the season. Burnley only lost once throughout the festive period, amassing the same 11 points that kept them in the division. However, Burnley won three of their last 10 games and lost the other seven, making the end of the season just as unproductive as the beginning.

The Clarets will be hoping for a better start to their season in comparison to last year.

Burnley may consider themselves fortunate to be in the Premier League this season. They has conceded 68, 50, and 55 goals in their last three seasons, despite once being a defensively compact side. This newfound weakness could be forgiven if it was countered with offensive zeal. Last season, only Fulham and Sheffield United netted fewer goals (33) than Burnley. However, it isn’t all bad. Although 55 goals conceded last season was a lot more than the 39 they conceded in their record-breaking 2017/18 campaign, there were still some FPL jewels among the rubble. Let us have a closer look at a few of them: 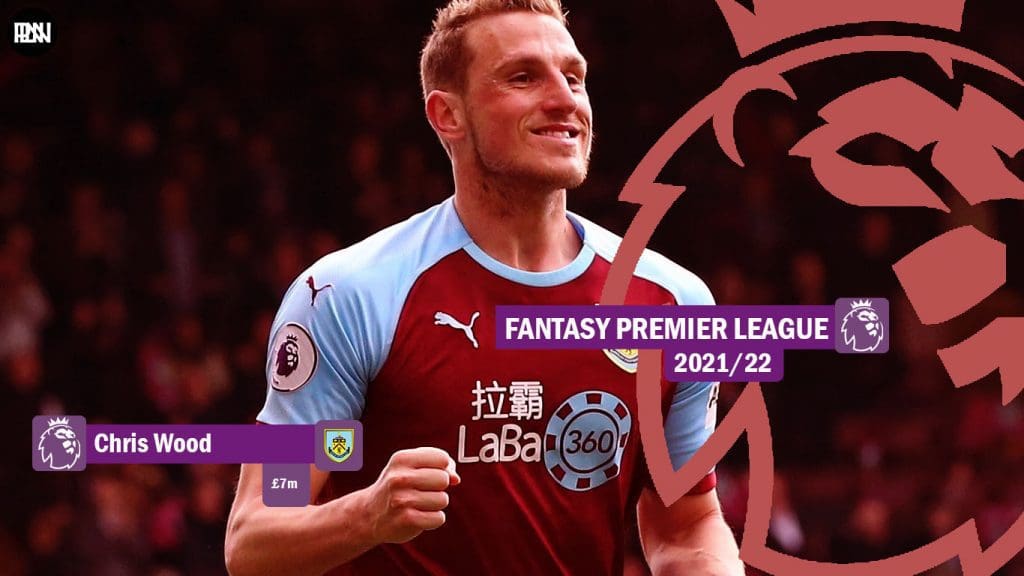 You might have to bring the cash of Burnley’s best FPL asset, Chris Wood. Wood is £1.0m more expensive than Burnley’s second-most expensive asset, at £7.0m. Last season, Wood scored 12 goals in 2,741 minutes, demonstrating his capacity to respond even when those around him falter. Last season, he was involved in more than 45 percent of Burnley’s Premier League goals. Between Gameweeks 27 and 38, he scored eight goals, third-most among forwards, and added three assists for a total of 11 attacking returns. He scored 138 points last season, making him the leading scorer among forwards with a price tag of £7.0m or less.

Wood, a New Zealand international, has been a regular in Burnley’s relegation-defying team for the previous four seasons, averaging 11.5 goals each season. In terms of FPL, Wood scores roughly 130 points per season. Wood’s participation in the Olympics may have an impact on his season, depending on how far New Zealand advances, but his credentials as a backup striker are undeniable. He ranks 9th out of 61 forwards in the ICT Index and also ranks 30th out of 478 players in the overall ICT Index so he must be considered as an excellent option for your team given his price, output, and influence in the Burnley team. 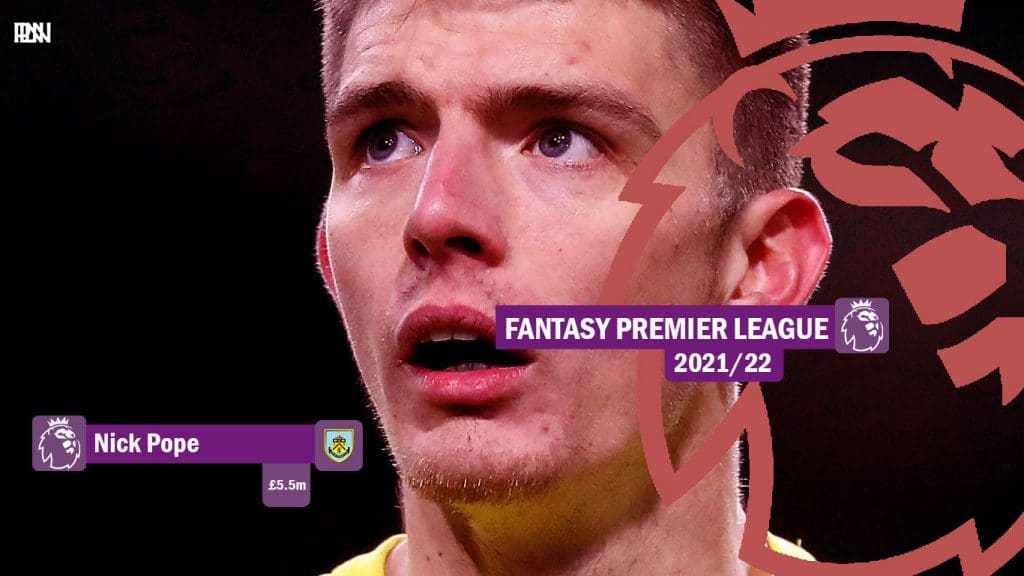 Nick Pope’s (£5.5m) points-per-match average of 4.5 was the best among Burnley players and the fourth-best among Fantasy Premier League goalkeepers over the course of the season. Only Aston Villa’s Emiliano Martinez (£5.5m) collected more bonus points than the Burnley no. 1 last season, indicating that he may be a handy asset at times next season if the matches fall nicely. Pope narrowly missed out on an England EURO 2020 call-up due to a knee problem which required surgery.

However, the Englishman was the highest-scoring Burnley asset with 144 points last season.  He picked up 11 clean sheets, 20 bonus points and also made 114 saves which was the 6th highest in the league. He ranks 3rd out of 48 goalkeepers in the ICT Index and also 157th out of 478 players in the overall ICT Index. Due to his price, he ranks amongst a few of the premium goalkeepers. However, he is extremely reliable and is an excellent option after the first six fixtures of Burnley. 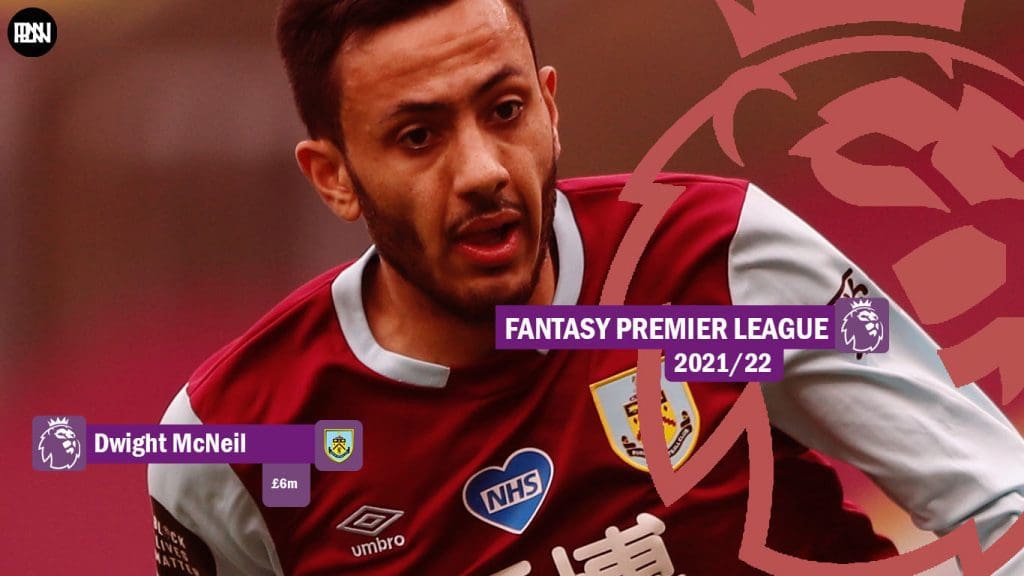 Dwight McNeil had a somewhat mediocre season along with Burnley in terms of his attacking output. He managed to score just two goals and chip in five assists for the Clarets. However, he was still the highest-scoring midfielder for Burnley in terms of FPL with 113 points, also scoring 8 bonus points. He is a huge threat as he is the main set-piece taker for Burnley. He takes free-kicks as well as corners and is also dangerous with his crosses and could manage to find an aerially proficient Burnley striker on the end of these crosses.

McNeil ranks 30th out of 200 midfielders in the ICT Index and also 52nd out of 478 players in the overall ICT Index. He is an excellent player and could be one of the dark horses of the upcoming Premier League season if Burnley manages to improve their finishing and increase their conversion rate. 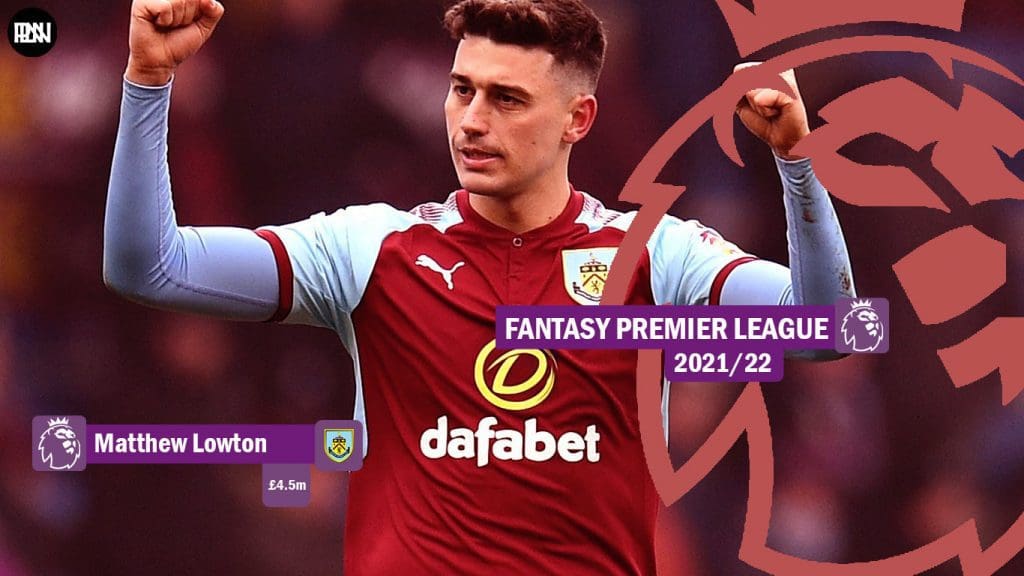 Despite gaining more points than his defensive partner last season, Lowton is actually cheaper than Ben Mee (£5.0m). Lowton is the fourth-highest scoring £4.5 million defender this season, having played 3,060 minutes. The fact that he plays for a team with a long history of defensive excellence could be a huge plus for FPL managers. The Englishman picked up his best-ever point haul in terms of FPL last season, scoring 103 points along with 1 goal, 1 assist and also, 10 clean sheets.

Lowton ranks 24th out of 169 defenders in the ICT Index and also ranks 117th out of 478 players in the overall ICT Index. Considering his price, he is an excellent option on the bench, and with the Clarets signing Nathan Collins to bolster their defensive options, FPL managers can expect a few clean sheets in order to get some vital points. 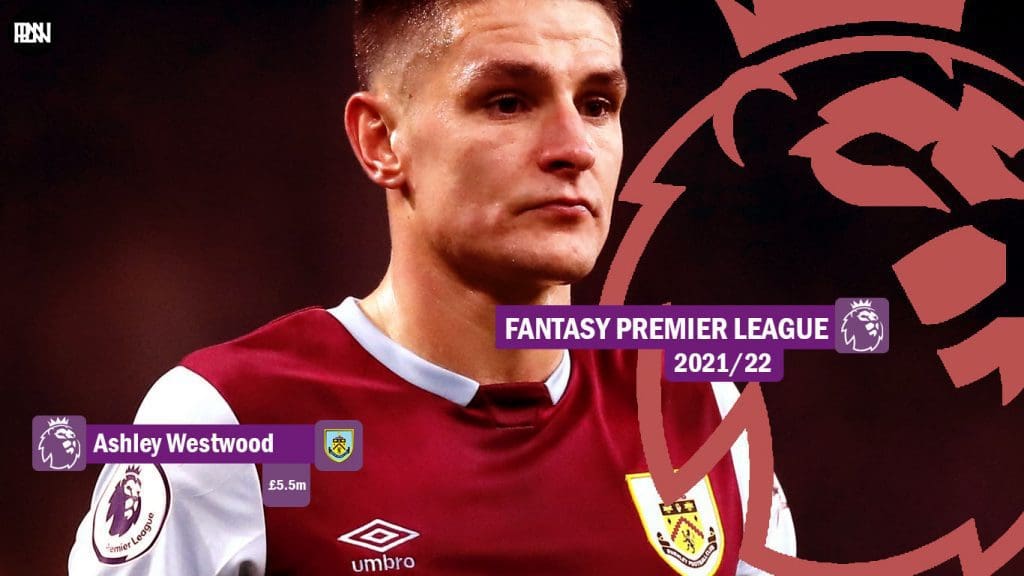 Westwood, who costs £5.5 million and produced a decent 112 points last season, is the highest-scoring £5.5 million or less midfielder in the game. Only Stuart Dallas (£5.5 million) had a higher value, but he was a defender last season. Ashley Westwood, on the other hand, makes up for his lack of explosive potential with steady point returns. He’s scored 111, 118, and 112 points in the last three seasons. That is what a solid FPL asset looks like. His offensive numbers aren’t great: three goals and four assists last season aren’t exactly fantastic. Sean Dyche’s reliance in Westwood, on the other hand, can be seen in the amount of game time the player enjoyed last season. Westwood logged 3,410 minutes out of a possible 3,420.

Ashley Westwood ranks 34th out of 200 midfielders in the ICT Index and also ranks 60th out of 478 players in the overall ICT Index. Westwood is an excellent bench option for your team if you are considering cheap Burnley options. He is reliable, gets injured very rarely, and is also very much relied upon by the Clarets manager, Sean Dyche. He is a surety when it comes to the starting XI and is also the corner-taker for Burnley who have been dangerous from set-pieces in recent years. 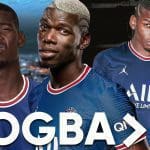 PSG are looking to sign Paul Pogba on a discount fee this summer, could Manchester United let him go?
Next Article 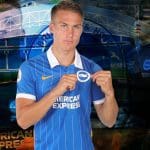 With Ben White inching closer towards a departure, Brighton may already have a replacement in Leo Østigård
Leave a comment