A disappointing loss to Aston Villa at Old Trafford, yet again, cast doubts over Ole Gunnar Solsjaer’s capability to inspire consistent results on the pitch. Though just a point behind table-toppers Liverpool, United haven’t been convincing in their performances, hitherto, this season. And while the Red Devils’ shortcomings in the midfield position, arguably, continue to hinder their progress, their backline, too, are yet to keep a convincing clean sheet this campaign.

United’s starting left-back, Luke Shaw, was overwhelmingly the highest-picked defender in the Fantasy Premier League ahead of the season. However, now, following his failure to produce regular clean sheet points and consistent attacking returns, the England international has seemingly transformed into an underperforming asset heading into a pivotal period within the Premier League. In six league games, United have only managed to record one clean sheet, with Shaw’s only attacking return accounting for an assist against Newcastle United this season.

While the left-back has undeniably been amongst the most consistent performers in his position since last season, an uninspiring backline and precarious performances have led many FPL managers to reconsider Shaw’s long-term potential within their drafts. Hence, given the wealth of potential replacements heading into a friendly period for differentials, in this article, we take a look at three budget defenders who head into a series of favourable fixtures and examine their long-term value going into the season.

Amongst the most valuable bargain defenders alongside Shane Duffy (£4.3mn) and Kostas Tsimikas (£4.0mn) this season, the Southampton right-back is steadily rising in reputation amongst FPL managers. Besides keeping two clean consecutive clean sheets this campaign, the Chelsea loanee has also been threatening on the front foot.

Livramento is yet to register attacking returns this season, but the right-back has remained a regular starter, having played five full games this season. In addition, the full-back is currently the fourth-highest scoring FPL asset (17 pts.) at Southampton and boasts the second-highest number of expected assists (1.0xA) amongst his teammates.

Though not reckoned to be the most swashbuckling in his position, Livramento offers exceptional value and could assist in investing funds across other positions. Following a difficult tie against Chelsea, the right-back could further impress in wake of a favourable set of fixtures for Southampton. In addition to providing the odd attacking return, Livramento offers sustainable balance in helping one reconsider their strategy going into the international break following the weekend.

Having formed a formidable partnership alongside Ruben Dias (£6.1mn) for Manchester City, the Spaniard has displayed noteworthy performances, recording four clean sheets in the same number of league starts this season. In addition, the centre-back has also registered one goal and currently stands as the team’s third-highest scoring defender this season.

While immensely contributing to the team’s defensive solidity, Laporte also boasts the best attacking number of City’s backline. The Spaniard is currently the joint-highest for goals/shots on target (1.00) amongst his teammates while registering the same number of expected goals this season. In addition, Laporte also ranks third for completed passes (44) into the final third at City this campaign.

Although City travel to Anfield in the league’s biggest fixture this weekend, Laporte is likely to offer exceptional value given City’s fixtures following the international break. The centre-back has been amongst the club’s most consistent performers hitherto and has the potential to emerge as a valuable asset going into the campaign.

Possibly amongst the most overlooked defensive assets within his price range, the Japanese international has been impressive following his arrival at Arsenal this summer. Tomiyasu appears to have seamlessly settled into the right-back position under Arteta and has already started every league game, since his transfer, for the club this season.

Alongside Kieran Tierney (£4.9mn) at left-back, Tomiyasu has been a regular threat on the flanks and provided the required support for Arsenal’s attackers this season. The Japanese international has already recorded two clean sheets, and with a favourable set of upcoming fixtures, will back himself to contribute across both areas of the pitch going into the campaign.

Though yet to prove his long-term potential, following promising displays, hitherto, the right-back is steadily rising amongst the ranks since his arrival. Given their comparatively decent set of fixtures, Tomiyasu has the potential to produce favourable returns, starting this weekend. 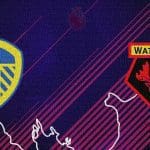 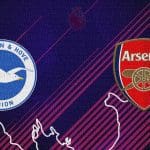