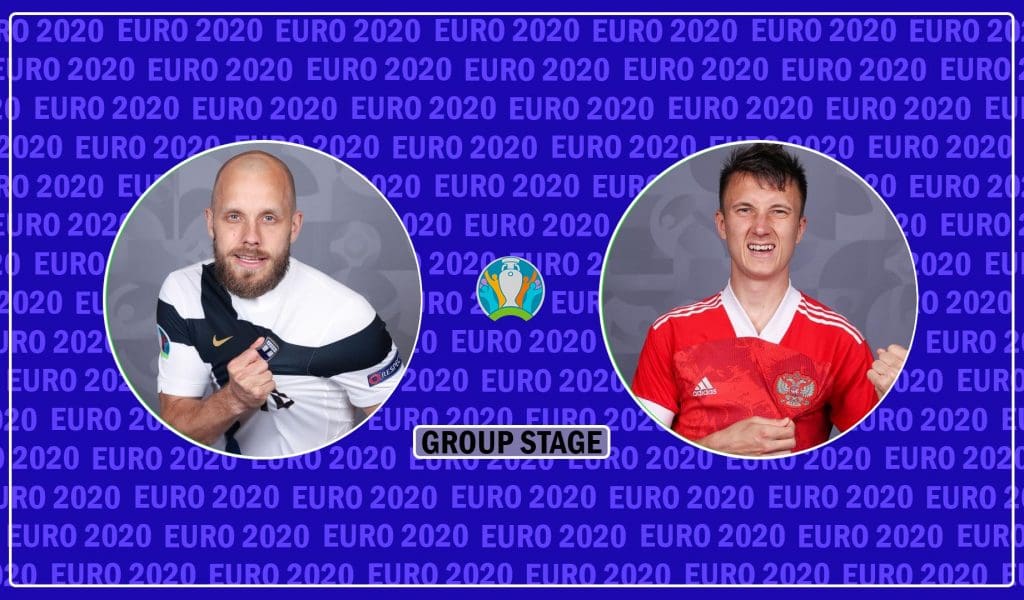 Finland will be up against Russia in their second game of the UEFA Euro 2020 on Wednesday afternoon. Finland won their first game of the tournament following their 1-0 win over Denmark on Sunday.

The Finnish side enjoyed a bittersweet victory over the Danish side, who had lost Christian Eriksen to a cardiac arrest.

Russia’s opening game saw them suffer a three-nil thumping at the hands of Belgium with Romelu Lukaku and Thomas Meunier scoring for the Red Devils.

Finland’s win over Denmark ended a run of six games without a win across all competitions but they will certainly be looking forward to adding to that success on Wednesday.

Russia needs to beat Finland if they are to stand any chance of progressing into the next stage of the tournament while a loss will see their journey suffer a significant hit. They are yet to concede in the last two games they’ve played against Finland, winning both with a 3-0 scoreline.

Jukka Raitala is doubtful for the clash against the Russian national team after coming off in the game against Denmark with a calf injury. Markku Kanerva will be confident ahead of the game with no new injury recorded.

For Stanislav Cherchesov, he will be hopeful of having Yury Zhirkov back into the team, with the player said to be a huge doubt. Russia has everyone else available.

What the coaches say

Markku Kanerva (Finland coach): “We have to improve our attacking. We need to create more chances and score more goals. This is going to be a tough game for sure. Russia pretty much have to win this game; they will be hurt and they will be aggressive. Everything in the group is open. We’re looking at everything we can do to get the win or at least get a point.”

Stanislav Cherchesov (Russia coach): “Finland have just beaten Denmark; they are a tough, organised team. They defend deep and are dangerous on the counter. We’ll have to do our best to break them down and avoid giving them chances on the break.”