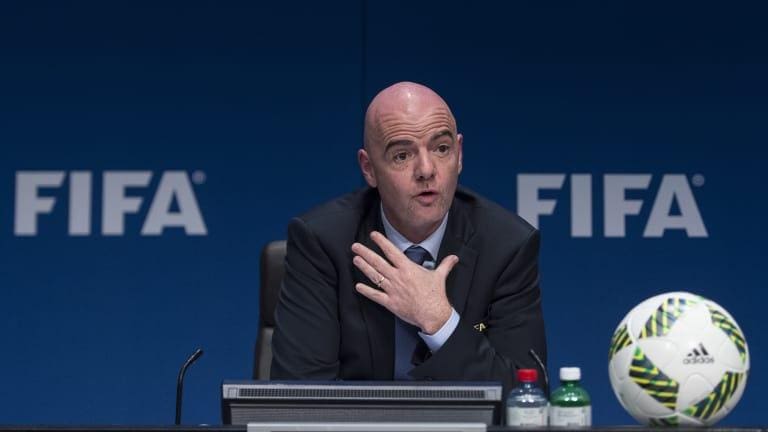 FIFA president Gianni Infantino has said that the proposal of salary-cap and transfer fee is being considered by the governing body in the wake of the ongoing coronavirus pandemic.

The present coronavirus pandemic has led to a financial crisis in the footballing world. Clubs have been forced to take loans, implement wage-cuts and cut transfer budget due to the crisis. Football’s highest governing body expects to finalise the relief package before their next council meeting.

“On the financial and governance aspects, I also heard some interesting proposals on a wide range of topics,” Infantino wrote in an open letter to FIFA’s members.

“From salary caps to transfer-fee caps or other taxation mechanisms, to the possible obligation for governing bodies, competition organisers and clubs to build reserves or to contribute to a reserve fund which can be of assistance in hours of need such as now.

“I personally advocate for clearer and stricter financial regulations, imposing full transparency and good governance principles, and not only limiting this to the transfer system, but to the entire football ecosystem.

“FIFA is doing already a lot of work on this area, even if we face some strong vested interests who fight against our plea for a better global governance in our sport.

“Dear friends, we will need your full support and commitment to move to the next level of good governance in football globally.

“I think that these and other measures, projects and ideas should be discussed at all levels. I know that this is something that will spark intense debate, but debate is healthy, and we should speak about it all together – as we stand together during this difficult period.”