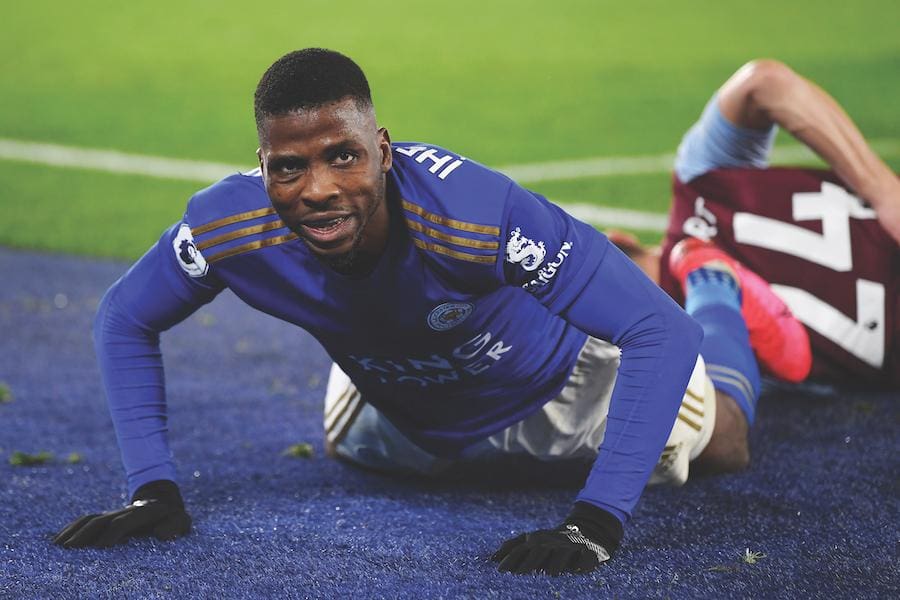 Leicester City attacker Kelechi Iheanacho has reportedly been identified as a transfer target for Turkish side Fenerbahce this summer.

Fenerbahce are looking to sign the player as a replace for Vedat Muriqi who is said to be closing in on a move to Italian outfit Lazio.

Ihaenacho’s experience looks to be exactly what the Super Lig side are searching for and they are likely to approach the Premier League side in the coming weeks.

According to reports in Turkey, Fernabahce are posed to lodge a fee close to £12 million to take the Nigeria international on a two-year loan deal. The publication also adds that the Foxes will be expected to foot part of the wage bill for the player should he be shipped on loan to Turkey.

The 23-year-old’s future at the King Power Stadium is said to be unclear after reports linking Celtic forward Ousmane Edouard with a move to join Brendan Rodgers’ team.

Iheanacho is has also been a subject of interest from Premier League rivals Aston Villa, who are likely to embark on another spending spree in the transfer market.

The Nigerian made the move to Leicester from Manchester City in 2017 in a deal worth £25 million, and has two more years left on his current deal at the King Power Stadium.

This means should the offer from Turkey be accepted, the player will finish his loan spell as a free agent and could possibly sign for the club on a free transfer.

In the just ended season, Iheanacho made 26 appearances for Rodgers’ team across all competitions. He also scored on 10 occasions while also laying on for assists.

His over all outings for Leicester in the English top-flight has amounted to 71 with most of them being as a substitute while scoring nine times in the league.