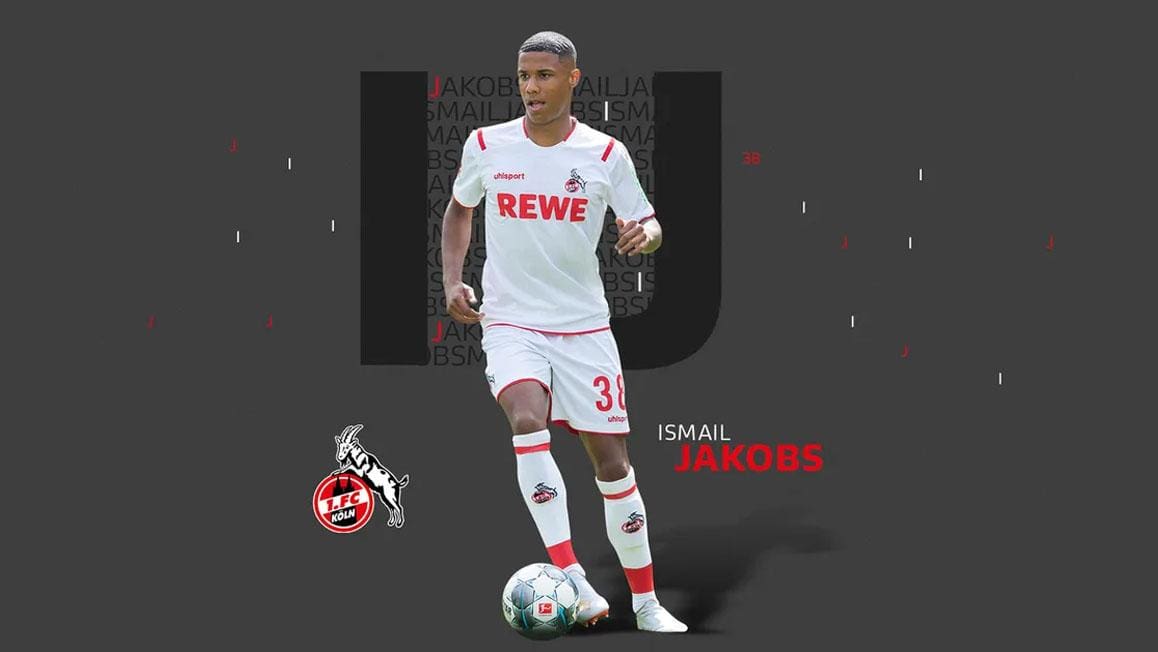 Ismail Jakobs is a 20-year-old German footballer, who plays for Bundesliga side 1. FC Köln. Jakobs was born in Germany, but he’s of Senegalese descent through his father.

He started his youth career at BC Bliesheim before joining the youth academy of 1.FC Köln in 2012 at the tender age of 13.

After progressing from the youth’s developmental stages, he was rewarded with a quick promotion to the U-19 where he made his debut when he was sixteen. His introduction and adaptation into the U-19 team was considerably smooth and easy to the eyes, as the youngster never looked out of place with his integration and overwhelming performances, which saw him scoring two goals and keeping six clean sheets in 20 U-19 league games, while also featuring in more than one position as he was used either as left back or left wing. 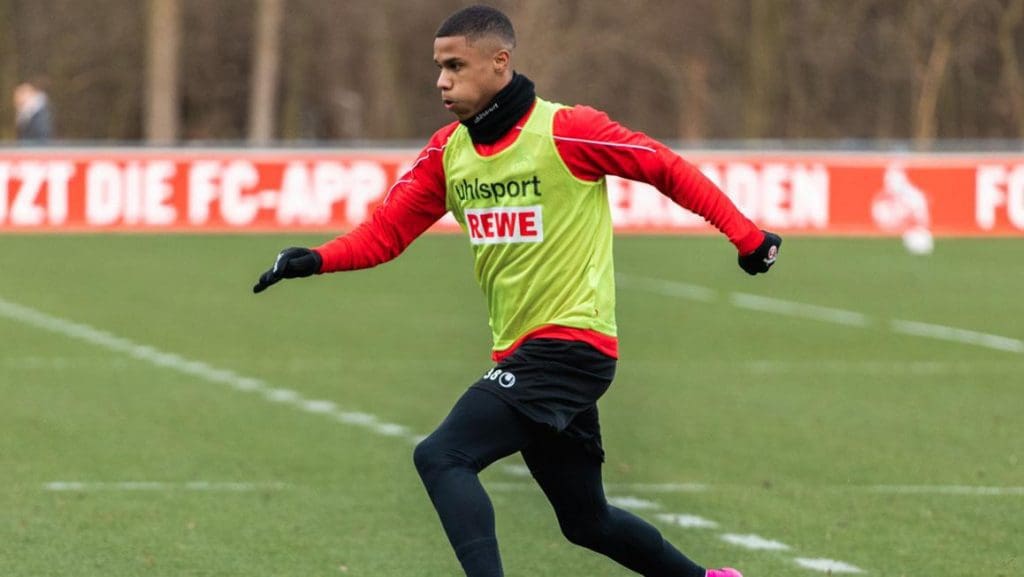 In 2017, having impressed with in the U-19 setup, Jakobs was introduced into Köln’s U-21 team, whom were competing in the fourth-tier Regionalliga West.

After spending two years with the U-21 team, Jakobs was considered to be ready to make a further step ahead, as he was promoted to the club’s first team by then manager Achim Beierlorzer ahead of this 2019/2020 season.

Most youngsters who had never had a prior first team experience usually suffers when their is a change of manager, especially when the new manager comes with a total change of system and style of play. Despite making his debut appearance in a match against TSG Hoffenheim on 8 November 2019, Jakobs continued to flourish in the first team as his coach was being replaced by Markus Gisdol later in November.

In December 2019, Jakobs scored his first professional goal in a 2-4 victory against Eintracht Frankfurt. His meteoric rise and high catching performances earned him his first senior individual award, as he was given the December Bundesliga Rookie of the Month award. 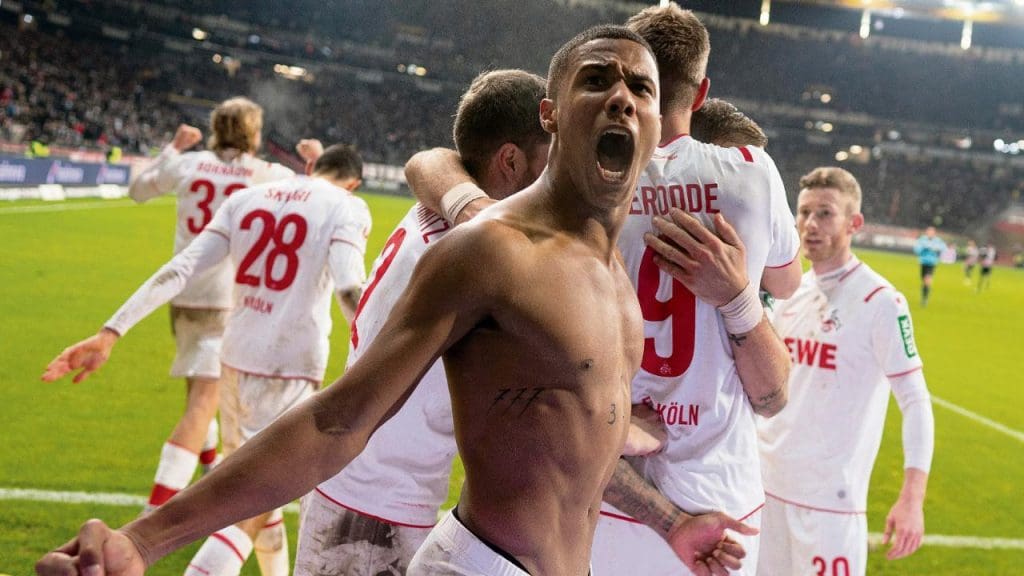 1. FC Köln had three games winning run heading into the winter break as Jakobs was constantly deployed on the left wing in each of the game. Jakobs’ contributions during the winning streak became headline grabbing over the team’s general performance, as the teenager was praised for his athleticism, skills, tenacity and attacking threats down the left wing.

The stats behind the headlines shows that Jakobs successfully completed 71.7 per cent of his passes into the final third, an area where a pass to a teammate under no pressure is almost impossible.

Though initially plying his trade as a left full-back, Jakobs has found joy playing wide of a front three, where he has been able to combine his pace, power and goal threat in good effect.

Jakobs’ ambidexterity makes it very difficult for defenders to predetermine his move on the sideline, whether he’s going to run past on the outside and cross for his teammate to either nod or tap-in the ball or whether he will decide to cut inside to shoot by himself. 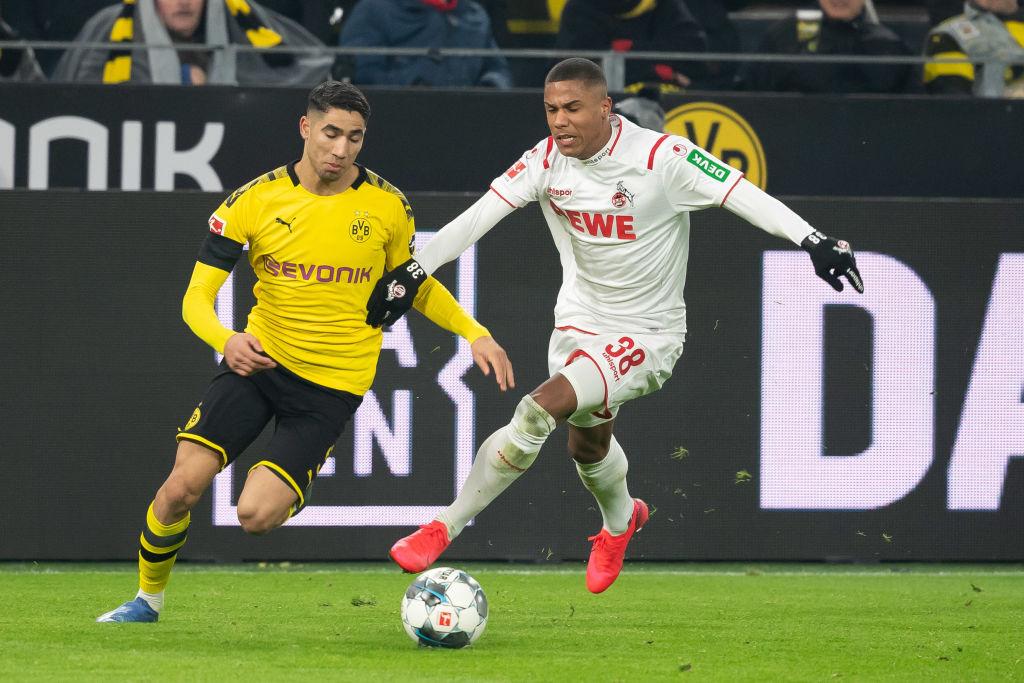 Jakobs has made 14 Bundesliga appearances this season, scoring two goals and assisting a lone goal.

In March 2020, 1. FC Köln announced an extension in Jakobs’ contract, as it was reportedly extended until 2022.

Surprisingly, Jakobs hasn’t played any game at youth international level for Germany or Senegal, but it has now been reported that the youngster have been contacted by the Senegalese football association about the possibility of playing for the African giant, according to various reports.

Obviously, Jakobs is aware that pledging his allegiance to play for the African country would give him a better chance of been called-up for International duties than playing for the star studded German national team.

According to Leicester Mercury via Todo Fichajes, Leicester City are now been linked with the youngster as the uncertainty surrounding Ben Chilwell’s future with the Foxes keeps growing as the summer transfer window get nearer.