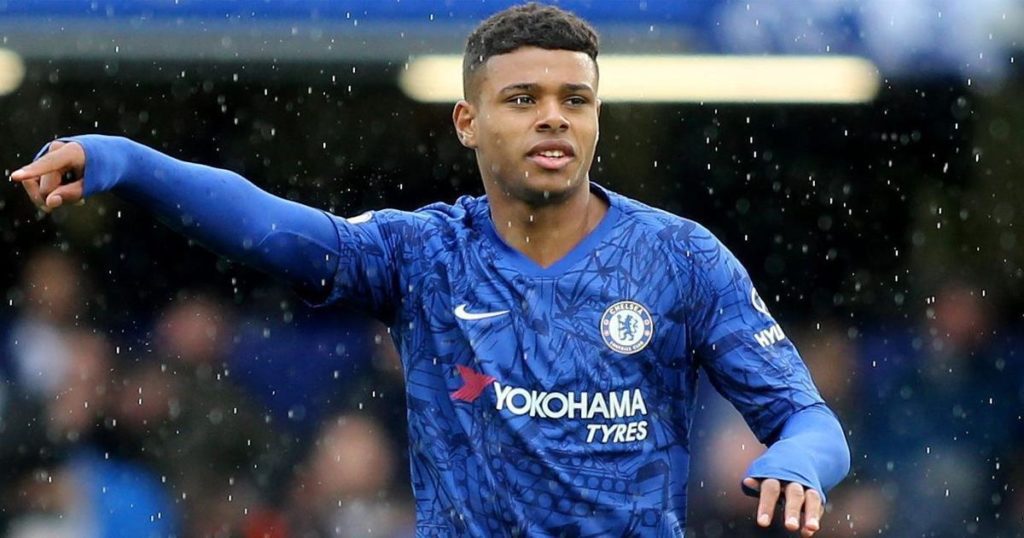 Arsenal, Manchester United, Manchester City and Dortmund were all interested in signing the 18-year-old in the summer.

However, those hopes have been dashed as Tino Anjorin has committed to long term contract with the Blues.

“It’s a brilliant feeling,” he told the club’s official website, after putting pen to paper on the new deal. “I’ve been at the club since I was six years old so to get to this stage and then be offered another five-year contract on top of that is amazing.

“I had no hesitation but to take it straight away because to play for the club I always dreamed of playing for is really special for me.”

Anjorin was given his Premier League debut by Lampard in the 4-0 win over Everton in March, the last game before the coronavirus rocked havoc to England’s football season.

Prior to his league debut, Frank Lampard had also ushered him into the team in the Carabao Cup win against Grimsby September last year.

‘I’ve been at the club since I was six years old so to get to this stage and then be offered another five-year contract is amazing.’ 💙 pic.twitter.com/9j6RDp9z7M

The youngster also said the youthful project being built at the Stamford Bridge by Lampard was convince enough to get him extend his stay in London.

“Frank, Jody Morris and Joe Edwards have taken us on board and really committed themselves to bringing young players through,” Anjorin said. “It’s been really important to have those familiar faces around. It’s easy to talk to people and be around the first team building more because you’re welcomed in.

“Hopefully I can try to carry on being a part of that as long as I keep working hard and impressing the coaches.

“I’ve been at Chelsea for so long so it feels really special to get this new long contract, especially because it gives me a few years to keep developing and try to push to get into the first team.

“I know I still have a lot of hard work to do to get there but hopefully I can do it and inspire the next group of young players coming through that it can be done.”