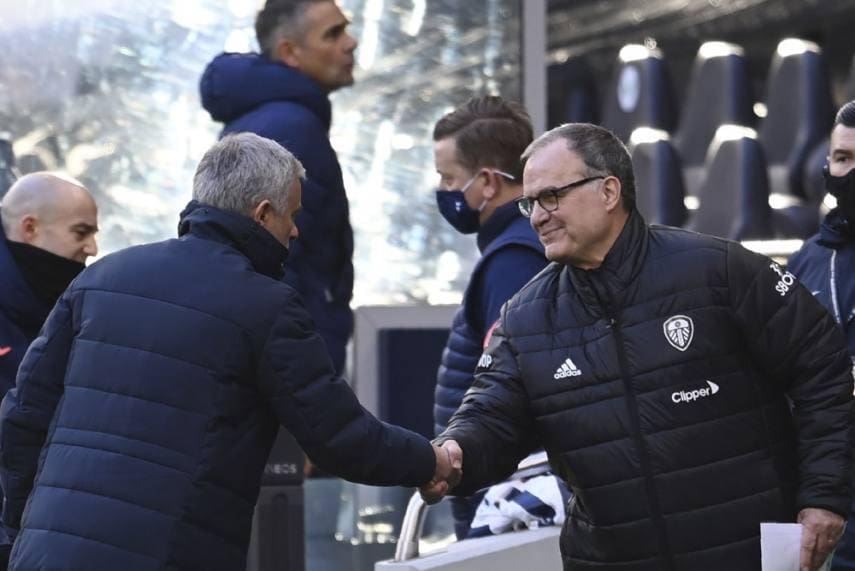 Football is a simple game with complicated methodologies but the footballing world in all is a complicated game with an even complex methodology. The perception game is so big that it can both make you vulnerable and immune to criticism.

Last weekend, Jose Mourinho’s Tottenham Hotspur went up against Marcelo Bielsa’s Leeds United and the Portuguese came out as a dominant winner in the match with his side winning the game comfortably with goals from Heung-Min Son, Harry Kane and Toby Alderweireld to seal a 3-0 win over the newcomers. While the win was convincing in terms of the scoreline, however, Marcelo Bielsa’s men were more of a match and we’re infact let down more their own mistakes. Regardless, the heavy loss attracted a lot of criticism to Bielsa and his expansive, and thus risky style of football. Every time Leeds do poorly, questions are asked whether Bielsa should have been a little bit more pragmatic with his approach.

And one can understand the source of such criticism, an expansive and open brand of football does have more chance. However, it’s important to understand the context, for anyone who would have watched the game, it was clear that the mistakes Leeds players made were more of individual errors than system’s fault. There were mistakes and not tactical deficiencies and that’s how the perception game works, Marcelo Bielsa gets criticized for mistakes that he never made, he’s blasted for sticking to his principles, he’s called out for sticking with his players.

When Jose Mourinho plays football with a rather defensive mindset, it is labelled as anti-football and when Marcelo Bielsa plays a more expansive, entertaining and technical form of football he’s called out for being over-optimistic. You wonder what it’ll take for people to appreciate the work of these managers and their guts and belief in their ideas that they’re sticking with it even through their worst days.

How to get the best out of Dani Ceballos?
Manchester United appoint Robin Sadler as new Head Physio
To Top