Following a boisterous weekend of Christmas fixtures, we turn our attention to gameweek 20, as FPL managers prepare for a quick turnover amidst the palpable fear of unforeseen postponements over the coming weeks. While boxing day lived up to the expectations of many, GW19 provided a glimpse into the potential of numerous Fantasy Premier League assets moving forward.

The weekend proved to be fruitful for numerous players across the league table. Amongst the defenders, Kieran Tierney (£4.9mn), Emerson Royal (£4.9), and Aymeric Laporte (£5.5mn) emerged as the picks of the backline, with each of them registering double-digit hauls on boxing day. Further, the midfield, yet again, proved to be vital amidst postponements, with each of Lucas Moura (£6.4mn), Buyako Saka (£6.3mn), and Jorginho (£5.6mn), among others, delivering key returns in game-week 19.

While the defenders and midfielders stole the show on Christmas weekend, it was forwards who posed difficult questions moving forward. Amidst the lack of consistent players across the frontline, Kelechi Iheanacho (£6.9mn) and Alexandre Lacazette (£8.5mn) emerged as surprise assets, with each of them registering double-digits on boxing day.

With the fixture list only set to grow increasingly unpredictable amidst the possibility of double game weeks, the defence is likely to emerge as a determining position moving ahead. Hence, in this article, we take a look at three defenders most likely to improve their returns whilst remaining a regular name on the team sheet over the busy period of fixtures.

Having delivered clean sheet points in four of his last five league outings, Dier emerges as a valuable option ahead of the upcoming game week. The centre-back has seemingly found himself in a rich vein of form and is likely to attract more FPL managers given Spurs’ favourable run of fixtures over the coming fixtures.

Spurs’ fourth-highest scoring FPL asset this season, Eric Dier is expected to remain a reliable asset heading into a crucial series of ties. The centre-back currently ranks third for passes completed (44) into the attacking third and is likely to remain a first-team regular over the busy period of games.

Facing a confident Southampton side, Spurs will be hoping to secure three points whilst registering their sixth clean sheet in seven games on Tuesday. Provided the Lilywhites maintain their rampant run of form, Dier is likely to deliver clean sheet points against the Saints in game-week 20.

Expected to deliver consistent returns over the coming weeks, Reguilon is likely to emerge as an appealing option heading into the turn of the year. The left-back has been amongst the most promising performers since Antonio Conte’s arrival and will be looking to contribute across both areas of the pitch over the coming weeks.

The Spaniard tops the chart for expected assists (2.9xG) amongst his teammates this season. Additionally, he registers the highest number of passes (19) into the 18-yard-box whilst ranking third for shot-creating actions (31) and carries into the final third (22) at the club.

Facing an unpredictable Southampton side this Tuesday, Spurs will be hoping to maintain their impressive run of over throughout the festive period. Provided Conte’s side displays a comprehensive performance, Reguilon is likely to be involved across both extremes of the pitch on Tuesday.

Amongst the overlooked Manchester City assets this season, Laporte is likely to attract many suitors over the coming weeks. The centre-back has registered consecutive returns heading into midweek’s fixture against Brentford and is likely to remain a critical component of the backline moving forward.

Laporte has contributed to nine clean sheets whilst scoring two and assisting one goal hitherto. Moreover, the Spaniard registers the second-highest number of passes completed (136) into the attacking third amongst his teammates in the ongoing campaign.

Facing a vulnerable Brentford side ahead of a set of challenging fixtures, Aymeric  Laporte is expected to remain a valuable contributor across both sides of the pitch over the coming weeks. With City entering a rich vein of form, the Spaniard is likely to establish himself as a consistent asset heading into a busy period of fixtures. 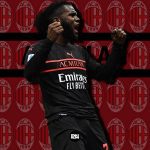 Frank Kessie – Does he fit the bill for Antonio Conte?
Next Article 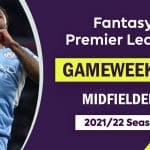