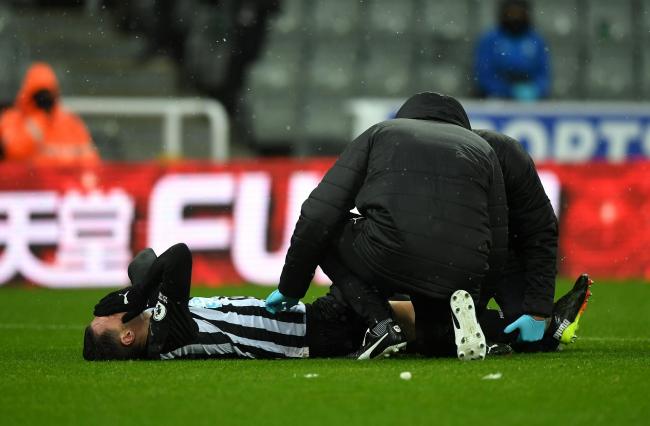 Newcastle United defender Fabian Schär is set to be out of action for several months after sustaining another knee injury during Saturday’s 3-2 win against Southampton.

Fabian Schär has confirmed that he’s suffered a serious knee injury. However, the 29-year-old is holding out hope he would return before Euro 2021. This is what Fabian posted on his Twitter account on Sunday:

Difficult to accept. I felt really good on the pitch and the team did well the last few games. Now i will be out for a few months and its gonna be a hard time. But i will try everything to be back on the pitch as soon as possible. And my goal will be to be ready for the euros🙏. pic.twitter.com/6LyooFpCGx

Schar has 57 caps for the Swiss national team, who have qualified for this summer’s European Championship. With all the injuries in defence at Newcastle, Fabian had re-established himself in Newcastle’s backline starting 9 of the last 10 league matches.

Unfortunate for the Magpies

It’s an unfortunate injury he had a knee injury only last year and it seems like it’s a recurrence of something similar. Initially, his right knee got injured and had to undergo surgery for the same. When he returned his left one got damaged and once again he found himself in the surgeon’s room.

Fabian Schär is easily the best ball-playing centre-half in Newcastle United’s current squad (with Florian Lejeune out on loan) his 3.6 long balls per game is only bettered by Jonjo Shelvey in the squad.

He is calm and composed on the ball and certainly can spread the ball from the back which allows Shelvey to move forwards and attack. In the last couple of games, I liked the aggression in his game, we used to drop off and try out on blocks though now, we come out from the back to press and either intercept the ball or clear it.

He is a stylish player to have who has qualities on the ball it’s evident when he raked a lofted ball on the wing to Saint-Maximin for his assist.

For the fans, there is hope that Fernandez and Clark will be back before the Chelsea game. But hopefully, this will not be the last time we watched Schar in the Black and White because his contract is running out in the summer it’s rumoured that his contract has an option of a further year extension which will be triggered by the club but that seems only to retain his value before selling. Our approach for Kabak seemingly suggests this.

MUST READ: How Liverpool hijacked Newcastle’s move for Ozan Kabak