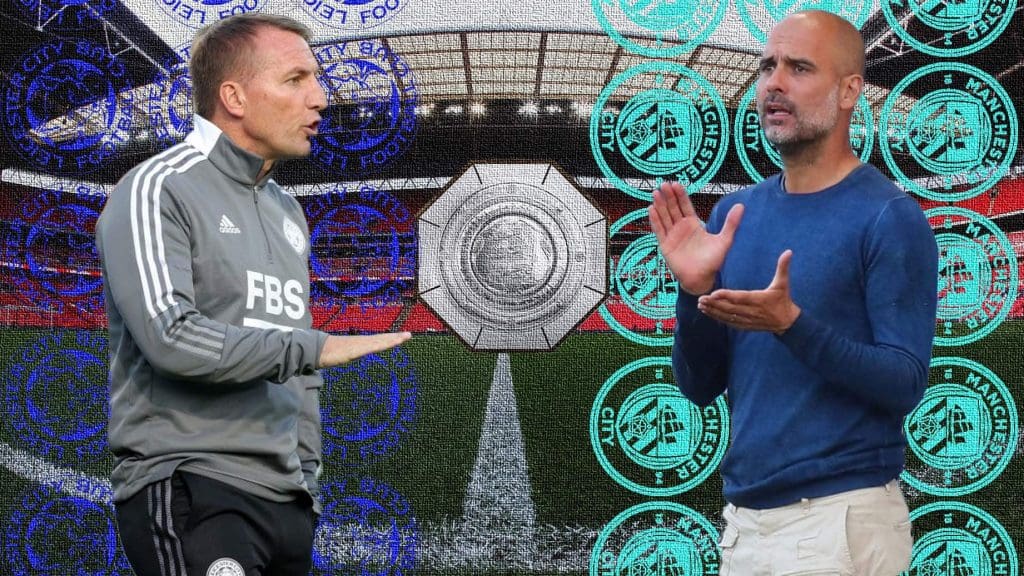 As we approach the dawn of the new Premier League campaign, there is an acute bit of excitement among the supporters as after almost a couple of years of hiatus it looks like they will be filling the stands once again, shouting out together and restating the soul of the game. The culture of our football indicates that for every new footballing season, FA Community Shield will raise the curtains – so, with only days to the inception of Premier League – the title defenders will take on FA Cup holders as Pep Guardiola preps for yet another domestic conquest while the European expectations still surpass the Blues from Manchester against a keen Brendan Rodgers side, who have surpassed the odds into challenging the orthodox Big Six for their money.

It’s been a stretch since Leicester City surprised Chelsea at Wembley, a sumptuous strike from Youri Tielemans proved enough for the Foxes to their first FA Cup triumph. That was not the only positive at the King Power, as they managed to provocate the likes of Manchester United, Chelsea, Arsenal, and Tottenham for the European spots. Leicester have spent 68 weeks out of 72 in the top four in the last couple of campaigns, and their 242 days in the Champions League places in 2020/21 was more than any other side, yet they failed at the final hurdle and instead helped their rivals gain places. But that should not negate Rodgers’ hopes;

The Blues from Leicester were exasperated with injury woes in midst of what could have been a very successful campaign. Having realised their shortcomings, Leicester City have invested massively in their squad this summer in order to corroborate their first team with identical qualities for any such limitations during the season.

It’s always been money-laden debates when people talk about Pep Guardiola and Manchester City, while many going to an extent claiming, “Is Pep Guardiola really just a chequebook manager.” While I leave such conclusions aside, the Blues from Manchester have gone on to shell out another £100million on Jack Grealish and are also associated with challenging Spurs’ bid to keep hold of Harry Kane. The recruitment of Jack also suggests how Pep wants a way out of keeping up against teams having a sturdy low block, which the likes of Kevin de Bruyne & Co. have found strenuous to break.

The likes of Arsenal, Manchester United, and Chelsea have been very active in the transfer market to improve their topical cluster which are steps to what Pep Guardiola has around him in terms of personnel. The Sky Blues had quite a successful last campaign, their failure to kiss European glory was rated by many to claim their season. That is where Pep will have his eyes on while making sure to dominate the domestic circuit as they’ve done over some time now. And what better way to start than with silverware?

Leicester City centre-back Wesley Fofana will miss the FA Community Shield 2021 after fracturing his fibula during pre-season match against Villarreal on Wednesday. Nampalys Mendy, Jonny Evans, James Justin, and Timothy Castagne are also likely to miss the trip to Wembley due to injuries sustained at the end of the previous campaign. New signing Patson Daka may start his first competitive match with the potential to win a silverware.

Jack Grealish, Manchester City’s record signing, may make his debut against Leicester City at Wembley. Ferran Torres returned to City’s pre-season training on Wednesday following his participation in Euro 2020, while Rodri was also there. Phil Foden, who missed England’s Euro 2020 final due to a foot injury, is expected to miss this encounter. Meanwhile, a handful of City’s regular starters are either not yet back in pre-season training or haven’t had enough practises to be ready. Ederson, John Stones, Kevin De Bruyne, Raheem Sterling and Gabriel Jesus are all unavailable for selection.

The road runners to City’s backline

Jamie Vardy is always a threat going forward, not only the clinical striker he is but also his ability to be at the receiving end of defence-splitting balls. Though the addition of Patson Daka has gassed Leicester into having one the paciest attacks in the Premier League. Nevertheless, Daka is expected to be an understudy to Vardy this campaign, the duo can complement one another to catch opponents out before they know what hit them.

Manchester City will be expected to start on the front foot and have a preponderance of possession throughout the ninety, striving to make majority of time over-loading Leicester’s defence and catch them off. Though this means they will have to commit majority of their players on the front foot, and Leicester can knock em’ off on counters using the likes of Jamie Vardy and Patson Daka on the end of pin-point passes from Youri Tielemans and James Maddison.

The Foxes have an added advantage in the midfield in Boubakary Soumaré, who alongside Wilfred Ndidi can intercept the ball up ahead while pressuring City off their passing habits which will not only catch the Cityzens off but also provide Vardy and Daka with the space to run in.

After Manchester City booked a place in the Champions League final couple of months back, Pep Guardiola has started using his fringe players in the Premier League to provide a well-deserved rest for many of his key players.

This led to Ferran Torres playing as the second striker to either Gabriel Jesus or Sergio Aguero in the last 2 games. However, Torres’ movement has been one of a false nine or of a center-forward, indicating City’s urgent need for one. While Ferran Torres can provide the goals against a faltering Newcastle United defence, it is a completely different challenge against the top clubs in the Premier League and Europe. Sergio Aguero is leaving at the end of the season, while Gabriel Jesus does not fit into the team as a No.9. To put things into perspective, Jesus and Aguero have not been able to score a combined 15 Premier League goals this season in more than 30 appearances together.

Pep Guardiola admitted to thinking about using Ferran upfront and provide him with more opportunities in the middle. With Gabriel Jesus not available, Torres might have that opportunity to prove his credibility upfront.

Harvey Barnes: Brendan Rodgers deploys Barnes on the left-wing and is tasked to provide the width and stretch the defensive line. By doing that, he can also be useful for his team when they have to switch the play and is essential against teams who play low blocks against the Foxes. Now, these are the things far from what City are going to bring on, but that is where Harvey Barnes’ swiftness and flair play a keen role. With Cancelo’s convention to drive up ahead and inside, it might leave space for the 23-year-old to get behind. This is somewhere Thomas Tuchel looked to exploit City in the Champions League finals, and as stated ahead having the legs of Vardy and Daka to his square might catch the Blues from Manchester over-board.

Samuel Edozie: Samuel has been the brightest positive out of Manchester City’s pre-season campaign. Having scored some exhibition goals from gliding in from the wings – something Raheem Sterling has been accredited with doing over the years for the Sky Blues. While many have drawn comparisons to Riyad Mahrez and Raheem Sterling, there also are similarities to Leroy Sane, who left City last summer. He could notch that starting position with majority of City’s first choice wingers unavailable. 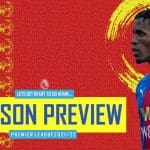 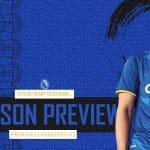