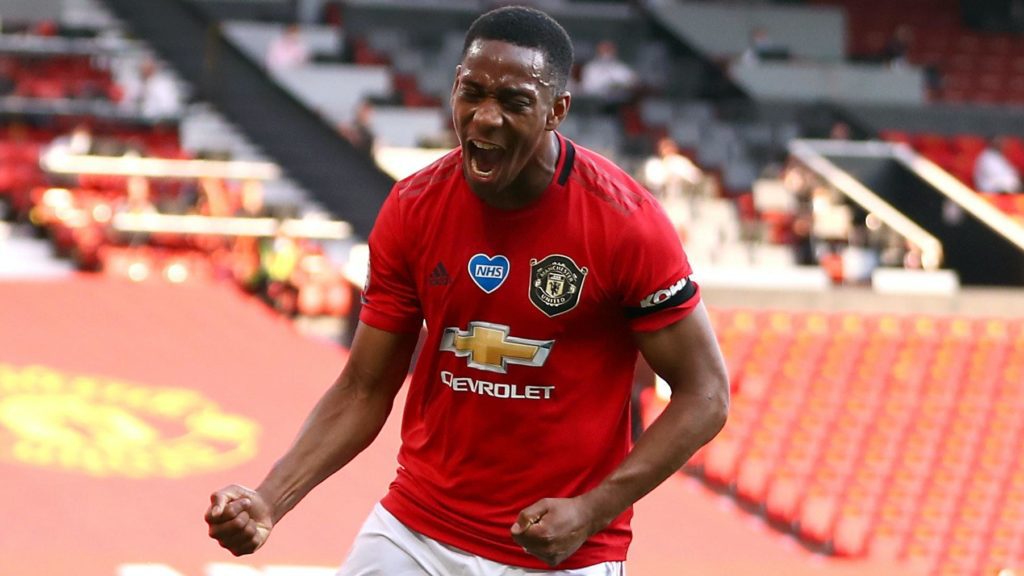 Last month, Bruno Fernades received the Premier League Player of the Month Award for June. It was his second award in succession (he won the first in February before the season was postponed), and few would argue with the worthiness of the recipient. A lot has been written about his transformative influence on Manchester United since joining in January, and there is a sense that will continue – even if his form dipped slightly in the final few games of the league season.

Fernandes is not the only good news story at United in 2020, though: Marcus Rashford has continued his development on – and off – the pitch; Mason Greenwood has hinted at an explosive talent that could see him become a superstar; Harry Maguire has become a dependable figure at the back, with the captain playing every minute of every league game this season. And yet, the most intriguing story of the season might just be the emergence of Anthony Martial as a top-tier striker.

Martial has had a strange relationship with Manchester United fans since his arrival five years ago. He has always shown glimpses of talent, and the fact it has not been consistently on display has frustrated fans. But then again, there wasn’t really an accusation that he was wasting his gifts – he’s not a Mario Ballotelli type. In a sense, fans’ frustration was borne out of the fact that Martial never really got a break. Any time he got on a roll, he seemed to get injured or left out of the team. Pairing him with players like Zlatan Ibrahimovic and Romelu Lukaku never worked either. Some cited his attitude as an issue, but it wasn’t that he was lazy, exactly; more that he looked like he didn’t care.

Now played as a centre forward, with Rashford and Greenwood on the left and right flanks, Martial seems to be blossoming into a fine player. He is in the richest form of his life, and France manager Didier Deschamps would do well to take notice. But the question some fans should be wondering is whether this purple patch represents the upper level of Martial’s talents, or is there another gear for him to find? If he continues as he is, he will have a good career. But it’s certainly possible for him to have a great one.

Going back to what we mentioned above about Martial showing glimpses of his talent; there has always been a sense that he has always been right on the edge of becoming a top-class player. An apt player for a comparison would be Wolves’ Adama Traore. While they have different playing styles and skillsets, that sense that a wonderful finished product is constantly on the verge of arriving is the same.

Of course, for Marital to be considered great at a club like Manchester United, he must help deliver silverware, notably the Premier League. United are 8/1 to win the title in the EPL outrights for the upcoming season. They are behind City and Liverpool (evens and 7/4 respectively), but they are moving in the right direction (by comparison, Tottenham and Arsenal are 50/1).

Sancho arrival could work for or against Martial

It’s not inconceivable that United can win a title again within a couple of years, but will Martial be the main striker if it happens? The links with Jadon Sancho might seem most threatening for Mason Greenwood, but the latter could easily move into the centre to accommodate the Borussia Dortmund man if he arrives at Old Trafford.

Perhaps what United fans will hope for most is a perfect storm of events for the man who is now their main striker. They’ll hope that Martial will have a taste for regular first-team football, and that he will be aware that United are willing to spend if the does not continue to develop. Rather than threaten his place, Sancho might complement Martial, adding more assists to those already provided by Fernandes, Paul Pogba and Rashford.

You get the feeling that the 2021/22 season will be pivotal for Martial. He will be 25 in December, entering what should be the prime of his career. Fernandes aside, he has been United’s best player this season. And, if you watched games like the Europa League Quarter Final against FC Copenhagen, he has even carried United at times. The stage is set for him to become a top player, and it will be interesting to see if he takes that chance. 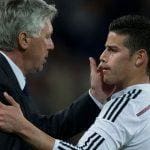 Everton in talks to sign James Rodriguez
Next Article 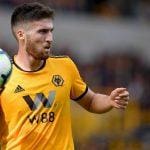