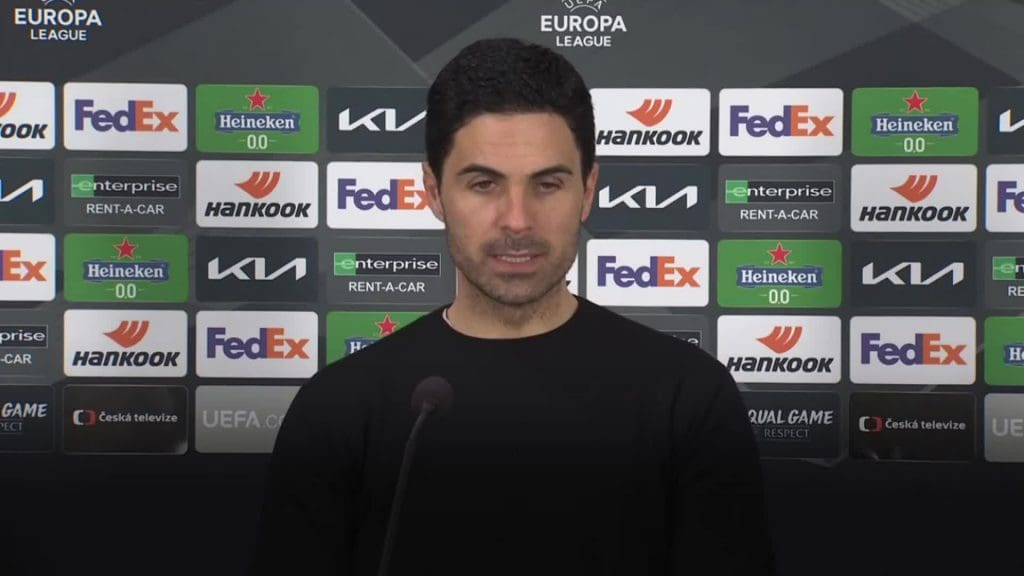 Ever since their poor performance against Slavia Prague in the home leg of their Europa League fixture, Arsenal have reverted to a 4-3-3 rather than their usual 4-2-3-1 and it seems to have dividends for the Gunners as they won both their match played with this formation against Sheffield United and Slavia Prague convincingly and even kept a clean sheet in both of them.

So what is Arsenal’s 4-3-3 and why is it so successful? Usually, a 4-3-3 is imagined as Liverpool’s famous 4-3-3 with a backline of four defenders, a defensive midfielder, two No.8s, and a three-man frontline. Arsenal’s 4-3-3 is similar to that of Liverpool only on the paper, on the pitch it seems like a formation inspired by Pep Guardiola’s Manchester City.

When in possession, Arsenal tends to build out from the back with Granit Xhaka, who is being deployed as a left-back, acts as the third centre-back. Dani Ceballos, who starts the match as a midfielder, moves out wide as the left wing-back or left midfielder with Calum Chambers acting as the right wing-back on the right-hand side. Thomas Partey is tasked to run the midfield on his own while Alexandre Lacazette and the attacking midfielder, whether Bukayo Saka or Emile Smith Rowe, occupy the left and right half-spaces respectively. The wingers are tasked to take up advanced positions in order to stretch the opposition backline and cut inside to attack the opposition box.

When Arsenal are not in possession then it’s more of a 4-4-2 that they play. Alexandre Lacazette, the centre-forward, and the attacking midfielder will press from the front while they would be followed up by two lines of four. The midfield line consists of the wingers and the midfielders, Dani Ceballos and Thomas Partey, while the defensive line is formed by the four defenders.

Like a true Pep Guardiola disciple, Mikel Arteta’s line-up and formations are just for the sake of it. You would never know what he truly wants to play until you study his side.

Is Spurs the best move for Jerome Boateng?
Joe Willock: How midfielder revitalized under Steve Bruce at Newcastle United
To Top