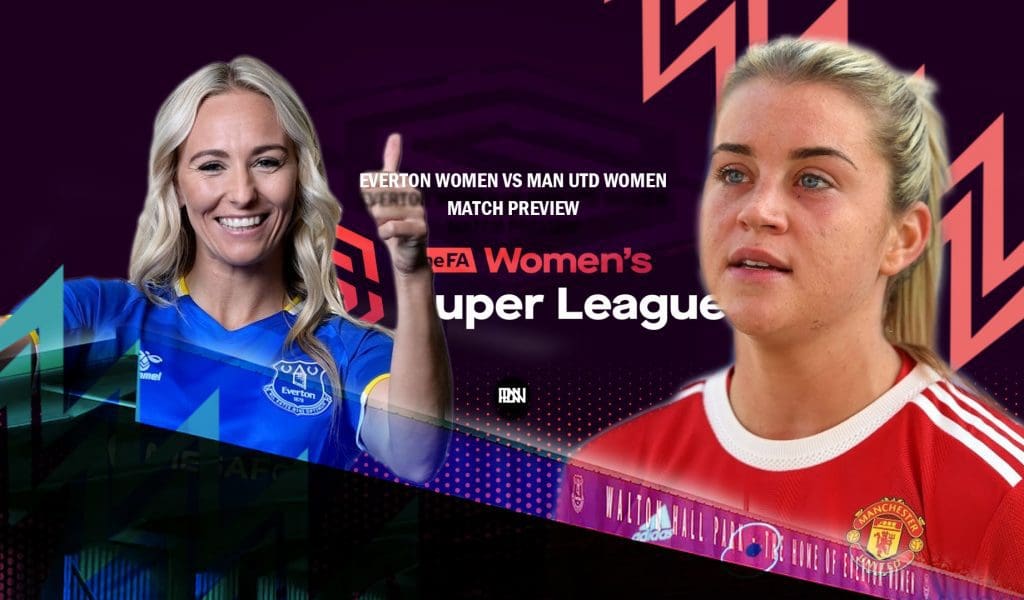 Everton haven’t started the season well, but if they start a winning streak, then they could still get their top 3 goals. However, if Jean-Luc Vasseur wants that to happen, then they need to beat the likes of Brighton & Hove Albion, who they lost to last week, The Toffees have set disrupting the big 3 as a target for some time now, and sacked their previous manager Willie Kirk for not meeting their standards. But, Jean-Luc Vasseur has the perfect opportunity to show that the Brighton match was just a one-off, however, it would take beating Manchester United to do so.

Manchester United’s season has had mixed form. A 6-1 loss to Chelsea spelled out disaster, but consistency against bottom-half teams has been good. A 1-1 draw to Spurs might have been disheartening, but a convincing performance in a 2-2 draw against rivals Manchester City was good, even if they only had 10 players for most of the game and were fighting an injury crisis. Having to go to penalties against Durham sounds bad on paper, but it wasn’t their strongest side going onto the pitch. Overall, United haven’t been bad, but they haven’t been brilliant. And their league position reflects that better than anything else. A goal difference of 1 and a midtable spot in fifth may seem bad, but they’re only 2 points off the top 3 and only 4 off second. Being top of the league seems like more of a dream now after Arsenal’s start to the season, but a Champions League spot isn’t as far-fetched as it once was.

Jean-Luc Vasseur will be looking to recover from his WSL debut and will attempt to start the strongest possible team as a result. Tenth place is a spot that puts a lot of pressure on him to get the side winning, but it’s about a consistent playstyle for the Toffees.

Marc Skinner will be looking for a win to keep pressure on Spurs and Brighton. The best way for him to do that is to play his strongest side. United haven’t been playing a weakened side against the smaller teams, so why start now?

The last time the two met was a league match, where the Red Devils beat the Toffees 2-0, with Ella Toone collecting a goal and also getting an assist. Toone will be a threat again, and she’ll be a threat which Vasseur will hope to silence. In the 7 matches the two teams have played against each other, Everton have only collected 0.57 goals per match, with United scoring an average of 2.29 goals. In the 3 years that the teams have played, Everton haven’t beaten United in the WSL, with their only win coming in the Conti Cup.

United’s key midfielder Jackie Groenen won’t be available for the match, after sustaining a hamstring injury during the international break.

Why has Alessia Russo done so well recently?

Manchester United have done reasonably well, and that is mostly down to Ella Toone. But the Red Devils have created a secret weapon who seems to pick up the pieces when Ella’s having an off game. And she goes by the name of Alessia Russo.

Russo impressed last season for Man Utd, contributing to 5 goals in her brief 4 game season. Her season was cut short due to injury, but now that she’s back, she’s been relied on more than ever. After Tobin Heath left for Arsenal, Lauren James had her goodbyes and went to Chelsea, Jane Ross and Christen Press moved back to America with Angel City, Manchester United were in desperate need of a goalscorer, and that was when Russo stepped up.

But since she has stepped up, something has happened behind the scenes. Ella Toone has become more reserved and has operated as more of an attacking midfielder this season when she operated as more of a second striker last season. This has allowed Russo to be the focal attacking point, allowing her to score her goals. So in conclusion, Russo has always been good, but a combination of things is allowing her to show her potential. Remember, she is only 22 years old.

Everton’s new signing Toni Duggan hasn’t had the best start to life in Merseyside, with the striker still not recording her first goal for the Toffees since her return. Toni has previously played in the WSL for Everton and Manchester City, and has now had a few opportunities to get herself back on the scoresheet.

When asked to speak about her time in Spain, Duggan said, “Going over there and fitting [into] a new culture, a new style of play, learning a new language – there are so many boundaries that you have to overcome. It’s been a journey, there’s been so many highs and so many lows”. At the time, Duggan was playing at Atlético Madrid, and had played at Barcelona just before that. When she joined Everton, Duggan was looking to bring glory to her childhood club and was looking to show her newfound ability at Walton Hall Park. She hasn’t had the chance to yet, but Duggan doesn’t shy away from big moments.

I was extremely torn between Russo and Earps, and that’s why I decided to change my analysis section to mostly speak about Russo. Earps is currently England’s number 1, but unlike her United kit, that number 1 shirt could easily be given away to Ellie Roebuck or her counterpart on the day in Ellie Roebuck. Earps is a brilliant goalkeeper, and Marc Skinner will be happier knowing he has a brilliant goalkeeper in nets, especially when a more than capable defence is in front of her.

MUST READ: Jean-Luc Vasseur – Will Everton’s new manager have the necessary impact on the players?