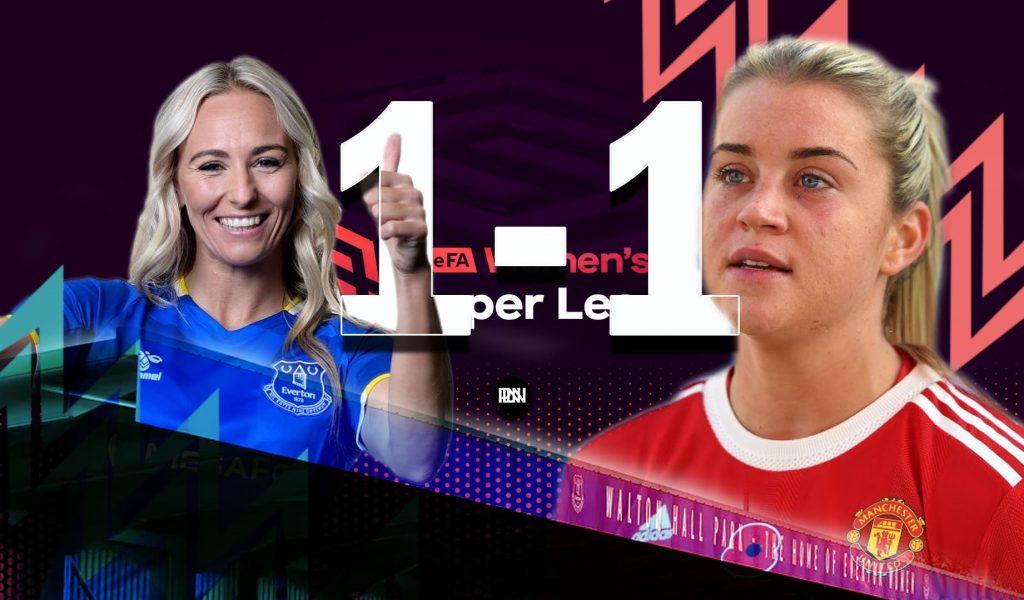 Manchester United Women travelled to Merseyside to face Everton Women in a match that would have been a potential top 3 clash, if it wasn’t for Everton’s poor start to the season. Find out what happened at Walton Hall Park in the match report below.

Everton were looking to grow into the season with a win over United seeming like the perfect place to start. The Toffees haven’t started well, and were sitting in tenth before the match commenced. Without other results, the Toffees could’ve temporarily moved up to sixth. This was a big match for this Everton side, and the pressure was on. 4 changes took place from Jean-Luc Vasseur’s WSL debut against Everton, including Valérie Gauvin getting her first WSL start.

Manchester United were looking to continue their good start to the season by getting a win over a team with a similar goal to them, Everton. United’s only loss came against last season’s champions, Chelsea, and they’ll be very happy that more haven’t come after the summer’s exodus. 2 changes took place for Marc Skinner, with the more intriguing one being the inclusion of Martha Thomas from the get-go, instead of from the bench.

Manchester United swiftly took the lead through Ella Toone, with a brilliant strike from the England international’s right boot. Russo broke and inspired a fantastic counter-attack which helped Ella Toone fire home and open the scoring for the visitors. 1-0 United.

Both teams have had chances. Manchester United have taken their own, but Everton haven’t. That’s all that separated the teams at halftime. No changes at half-time, which makes sense as both teams have been in a very stringent tactical battle.

It proved to be a brilliant substitution for Everton, as Simone Magill equalised just 8 minutes after entering the field of play. Simone Magill managed to poke the ball past Mary Earps and gets the hosts level. 1-1.

And that was it. It was an interesting game, with Manchester United having more shots but only 2 shots on target. The result ended up meaning that Everton remain in tenth, and Manchester United stay in fifth. Both teams had a chance to get back on track in this match, so it seemed fitting that, despite the hopes and dreams of the sets of fans, they’ll have to settle for half. Full time, Everton 1, Manchester United 1.