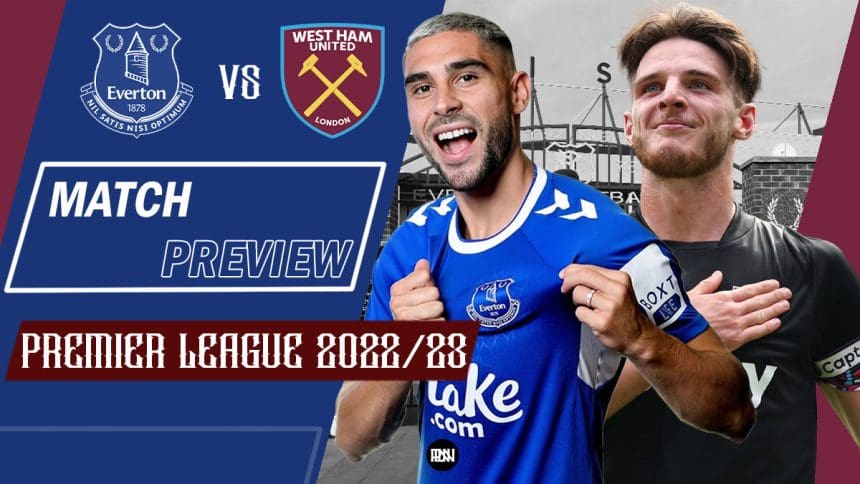 Everton host West Ham United at Goodison Park this Sunday as both teams look to return to winning ways having struggled to gain consistent points this season. Having drawn in their last four league outings, the Toffees will be keen on capitalising on their home advantage this weekend whilst the visitors will be looking to move out of the relegation zone, having secured only four points of a possible 18 hitherto.

The only club alongside Leicester City yet to register a league victory this season, Everton will be keen on settling for nothing but three points this weekend. A marginal improvement in performances has seen the Toffees register a four-game unbeaten streak heading into the tie against West Ham, although, having struggled to deliver consistent displays on the pitch, manager Frank Lampard will be looking to avoid a negative result this Sunday.

On the other hand, having struggled for chemistry on the pitch, West Ham will be looking to gain momentum before heading into the international break. Having failed to replicate last season’s impressive start to the campaign, manager David Moyes will be looking to secure positive results over the coming weeks, with the team moving into a favourable run of fixtures, starting this weekend.

Goalkeeper Jordan Pickford emerges as the latest addition to Everton’s injury list having suffered a thigh injury against Liverpool with the England international likely to return after the international break. Andros Townsend, Yerry Mina, Ben Godfrey, and Mason Holgate emerge as the other absentees, while both Dominic Calvert-Lewin and Abdoulaye Doucoure could be involved on Sunday, but are likely to be named on the bench against West Ham.

New arrival Idrissa Gueye emerges as a figure likely to push for a starting spot although Lampard is expected to field the same starting line-up that saw the team extract a draw against Liverpool in the Merseyside derby in their previous outing. Expected to build on a positive result against the Reds, Everton will be keen on securing a compelling victory against West Ham on Sunday.

Nayef Aguerd and Ben Johnson remain out of contention this weekend, with Moyes expected to make significant changes to the line-up fielded in the mid-week Europa League tie against Silkeborg. Lukasz Fabianksi is expected to retain his place between the sticks while Gianluca Scamacca could be replaced by Michail Antonio despite the former having found the back of the net on Thursday.

Amongst others, Pablo Fornals, Said Benrahma, and Tomas Soucek are expected to return to the starting line-up, with Moyes likely to favour nothing but three points on Sunday.

With both teams in need of three points, Sunday’s tie at Goodison Park is likely to produce a tempting watch for the neutral. Although unlikely to produce a goal fest, both managers will be keen on avoiding a negative result, with either team having struggled to gain consistent points hitherto.

Likely to employ a proactive approach, Everton will look to capitalise on West Ham’s defensive vulnerabilities this Sunday. Having shown promise across the attacking front, the Toffees are likely to stretch the opposition’s defensive in a bid to capitalise on possession within half-spaces owing to their agile set of players in attacking transitions. Moreover, with the defence having provided a sound foundation for the team’s build-up play in recent weeks, the hosts will be depending on their backline for support whilst best utilising their goal-scoring opportunities this weekend.

In contrast, boasting a comparably compelling squad on paper, West Ham will be keen on maximising their potential on the pitch starting this weekend. Expected to take the game to the opposition, the visitors will be keen on dominating the midfield whilst being solid in defence and maximising their potential on set-pieces this Sunday. Moreover, likely to employ a physical approach to the game in a bid to secure three points, the Irons will be looking to deliver a cohesive performance at Goodison Park this weekend.

Everton’s most impactful player on the pitch in recent weeks, Gordon will be keen on contributing to the team’s potential improvement over the coming weeks. Having netted two goals hitherto, the youngster establishes himself as a key part of the team’s prospects of gaining a victory against West Ham.

Moreover, amongst the likeliest of Everton’s players to exploit the visitors’ defensive weaknesses, Gordon will be keen on delivering an impactful performance at home this Sunday.

Having struggled to impact games as expected, Bowen will be keen on improving his contributions moving into a favourable run of fixtures. With Everton having proven to be vulnerable in defensive transitions, the winger will be looking to make off-the-ball runs in possessions alongside focusing on serving as a creative figure in the attacking third this Sunday. 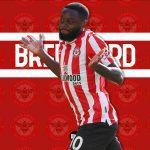 The rise of Brentford’s future star: Josh Dasilva
Next Article 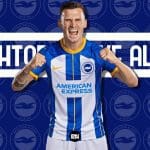