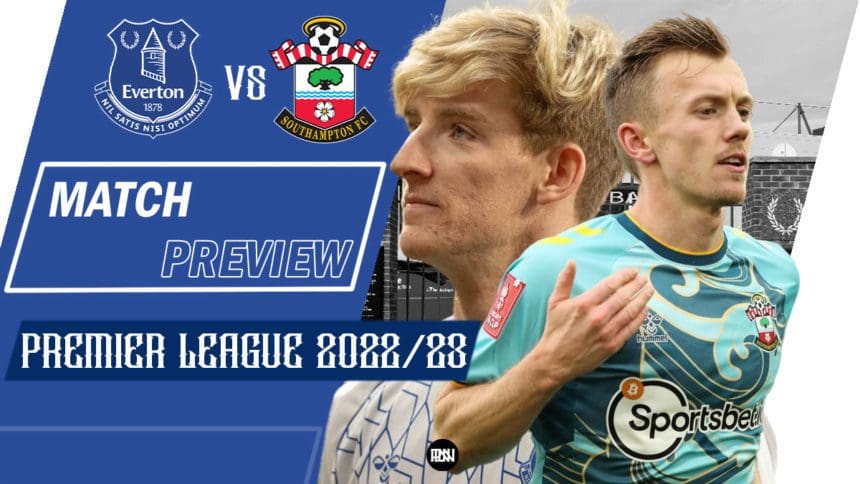 Two relegation-battling sides eager to improve their prospects will battle it out at Goodison Park this Saturday as Everton host Southampton in what is expected to serve as a crucial fixture for both sides. Having secured only a point from their last five league outings, the Toffees will be keen on returning to winning ways in a bid to move up the table whilst the visitors will be looking for the same having failed to secure points in each of their last five league games heading into the tie.

Winless in eight games across all competitions, Frank Lampard’s side will be keen on gaining some respite at the weekend, with the Toffees heading into a series of important fixtures; likely to determine their prospects for the season moving forward. Having endured a difficult run of form, Everton will be keen on bouncing back to winnings ways whilst the opportunity remains open with the 18th-placed side standing just two points below 13th-placed Leicester City ahead of the weekend’s fixtures.

On the other hand, sitting at the bottom of the table, Southampton will look to gain some ground if they are to avoid relegation this season. Although the Saints having significantly struggled for points, two consecutive cup competition wins ahead of the tie later today are likely to have boosted the confidence of Nathan Jones’ side for the game against Everton. While much remains to be desired from Southampton, the team will be keen on improving their prospects despite having won only three out of their last 18 league games ahead of the weekend.

Alex Iwobi emerges as the latest addition to Everton’s injury list having suffered an ankle ligament injury against Manchester United while all of Michael Keane, Andros Townsend, Nathan Patterson, and James Garner continue to recover from their respective injuries.

Dominic Calvert-Lewin is expected to return to the starting line-up while midfielder Abdoulaye Doucoure emerges as the likely replacement for Iwobi in midfield. Both Dwight McNeil and Anthony Gordon are expected to push for a starting spot, with Lampard expected to target nothing but three points this weekend.

Valentino Livramento setback in returning to first-team training owing to having picked up a muscle problem in the other leg after recovering from an ACL injury is likely to rule the full-back out for an extended period of fixtures. Armel Bella-Kotchap, Stuart Armstrong, and Juan Larios remain out of contention while Theo Walcott and goalkeeper Alex McCarthy will be eyeing a return soon as they close on regaining full fitness following injury.

With both teams in need of avoiding defeat, the game at Goodison Park is expected to produce a calculated clash on Saturday. Likely to utilise the strength and dynamism in the forward line to disrupt the opposition’s defence the hosts will be keen on imposing themselves from the first whistle whilst the visitors will look for an early breakthrough at Goodison Park.

Boasting a blend of pace and physicality in their front line, Everton will look to make the best of their goal-scoring opportunities later today. With the Toffees having scored in four of their last five fixtures, Lampard will look to find an early goal in a bid to put pressure on the opposition whilst making sure his team remains tenacious and organized in executing their defensive duties against the Saints. Moreover, with set pieces expected to provide the hosts with a physical advantage, Everton will look to make the best of the same on Saturday.

Meanwhile, having gained two significant victories heading into the tie, Southampton will be confident in securing their first points in five league outings on Saturday. With the Saints expected to rely on set-pieces and movement across the final third in a bid to exploit the spaces within Everton’s defence, the visitors will look to find an early goal on Saturday. Additionally, facing a side having conceded 13 goals in their last five outings across all competitions, Southampton will be confident in securing a positive result this weekend.

A significant figure in Everton’s midfield, Amadou Onana’s contribution is likely to play a vital role in the team’s prospects for a victory against Southampton. Likely to be utilised in a box-to-box role, the midfielder will be keen on delivering a dominant performance in the centre of the park this weekend.

Critical to Southampton’s hopes of avoiding relegation, Ward-Prowse’s impact is likely to decide the visitors’ prospects for three points at Goodison Park later today. Having proven to be a master of set-pieces, the midfielder will look to make and create the best of goal-scoring opportunities this weekend. 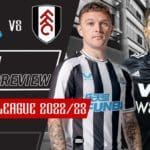