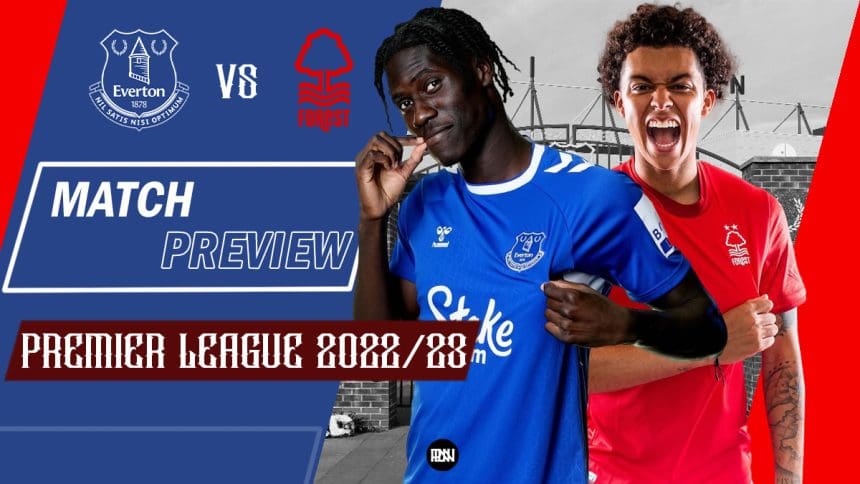 Nottingham Forest are back playing Premier League football this weekend, as they travel up to Goodison Park to face Frank Lampard’s Everton.

Everton have started the season exactly as many would have expected, failing to win either of their first two games. After narrowly escaping the drop last season, the Toffees have been tipped for yet another relegation battle – it might be early days but so far they have done little to prove the punters wrong. Lampard’s men have looked sluggish in both of their opening fixtures having struggled to create many big chances, with their only goal being scored by an Aston Villa player in last Saturday’s defeat.

It’s been a different start to the season for Steve Cooper’s Reds. Forest’s opening fixture saw them well and truly outplayed by a dominant Newcastle United, but last weeks energetic performance against West Ham has given fans more reasons to be excited. The Reds might have been fortunate to come away with all three points – with West Ham having hit the bar twice and missed a spot kick – but their performance was excellent, and they went toe-to-toe with David Moyes’ side, a team who made the semi-finals of the Europa League not six months ago.

This could be a game that is remembered as a relegation six-pointer, but whoever comes out on top could be greeted with some much needed momentum.

Everton haven’t had it easy in recent months, a team associated with the top half of the Premier League is facing another relegation battle, but they haven’t been helped by their growing injury room. Yerry Mina, Ben Godfrey, Andros Townsend, Andre Gomes, Allan and star-striker Dominic Calvert-Lewin have all had multiple weeks on the sidelines and will potentially be joined by midfielder Abdoulaye Doucoure – who has become a mainstay in Lampard’s midfield.

This amount of injuries has certainly had a big impact on the Everton squad, most notably being unable to play with an out-and-out striker. Following the departure of Richarlison, Everton have lacked someone to play in the centre-of-attack,  with Calvert-Lewin seemingly always out injured and Salomon Rondon underperforming, youngster Anthony Gordon has been shoehorned into that number nine role – despite playing most of his career on the wings.

Nottingham Forest are also struggling with injury problems. Having made it into the Championship Team of the Year last season, midfielder Ryan Yates is yet to feature this campaign and only played a handful of minutes in the pre-season friendlies – he will be missing this fixture. Omar Richards also remains sidelined after picking up a hairline fracture shortly after arriving on the banks of the Trent. New signing Moussa Niakhate is also a doubt. The Frenchman limped off during the win against West Ham, but it’s yet to be announced whether he will be fit to play. Niakhate has slotted perfectly into the Forest backline and would be a big loss for the visitors if he’s ruled out.

Personally, I’ve always seen Frank Lampard as a sub-par manager. He underwhelmed with a talent-packed Derby County side, he nearly caused Chelsea to miss out on Champions League football and he only just managed to keep Everton in the Premier League. He’s also a manager I associate with lacking any identity and even now at Everton I still struggle to see what his tactics are, and how they can propel Everton up the table. They aren’t a side that’s very solid defensively and without a recognised striker they struggle going forward.

With that being said, they are still more than capable of hurting their newly promoted opponents, with Forest’s new crop of players still unproven in the English top-flight. Lampard likes to set his side up in a 3-4-3, and both of his wingers – likely Dwight McNeil and Demarai Gray – could have a huge role to play this weekend. Against both Chelsea and Aston Villa, Everton used the pace and dribbling ability of McNeil and Gray to get in behind their opponents’ defence to create goal-scoring opportunities, albeit to little success. In both of Nottingham Forest’s Premier League fixtures, we’ve seen just how dangerous left-wingers are when running at the Forest backline. Allan Saint-Maximin ran Joe Worrall ragged on the opening day and Said Benrahma was West Ham’s best player just five days ago. Now, Demarai Gray doesn’t possess the same quality as the other two, but could still be a threat if he’s able to pick up the ball between Neco Williams and Joe Worrall.

Steve Cooper’s side will come into this game full of optimism after winning their first Premier League game in 23 years. Forest looked excellent when playing the ball out from the back – they would pass it into midfield, knock it out wide or play the ball behind the defence – they looked calm, composed and in control, a big contrast to their performance in the North East. When pressed, Forest struggle, but if you sit back and let them play then they can easily play the ball around you – which they showed last weekend. Out of possession, Lampard’s side will look to conserve energy and sit deep, giving Forest the freedom to pass the ball around but making it increasingly difficult to break them down. This will go one-of-two-ways. Either, Everton will remain resilient and keep Forest out by shutting down any attempts to move forward, or the lack of pace across the backline will crumble under the seed and dribbling ability of Forest’s wingbacks and forwards.

Operating as a left-wingback, Vitalii Mykolenko has the license to get forward and join the attack. As mentioned previously, if Everton can exploit the space left by Williams then they could cause problems for the Forest defenders. As Lampard plays with both a left-winger and left-wingback, they have the potential to double up on Joe Worrall providing they get in behind the Welshman. Williams is defensively strong, but is also known for getting forward and supporting the likes of Brennan Johnson, if he does this – which we can expect he will – he could potentially leave the room for Mykolenko and Gray to get in behind.

Mykolenko has looked like Everton’s best player in the opening two fixtures, creating three chances from the left-flank. If Everton wants to threaten Dean Henderson in the Forest net, then they need to play the ball through the Ukrainian international.

Jordon Pickford is another player worth mentioning here. The England shot-stopper gets a lot of criticism for his performances, but without him, Everton would be playing Championship football right now. He’s made a positive start to this season and I expect this continue against Nottingham Forest this weekend.

After last weekend’s impressive performance (and the seven-point haul he got me in Fantasy Premier League) I could have easily gone for Neco Williams, but I’ve decided to go for fellow Welshman Brennan Johnson. Brennan Johnson made the jump from League One to the Championship look easy last season, finishing the campaign with double digits in both goals and assists – but has since struggled to adjust to life in the Premier League.

Johnson disappeared against Newcastle and had the fewest touches of any outfield player against West Ham, but there was some positive signs. Yes, he was offside, but he made a lovely finish as he found the back of the net against West Ham, and now Forest have shown they can move the ball forward, it’s likely there will be more opportunities for the ball to be played in-behind for Johnson to run on to – which is where most of his scoring opportunities came from in the Championship.

Everton’s back three of; James Tarkowski, Conor Coady and Mason Holgate sorely lacks any pace, which the likes of Brennan Johnson and Taiwo Awoniyi could have a field day with. If Steve Cooper’s side have as much freedom in midfield like they did against West Ham, then more opportunities will fall Johnson’s way, and if you look at his form from last season, he’s likely to convert them. The youngster is due a good run of form, and I’ve got a feeling it starts this weekend against the Toffees – keep your eye on Forest’s number 20. 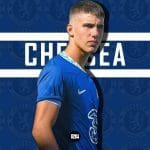 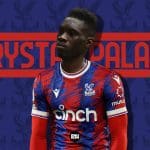