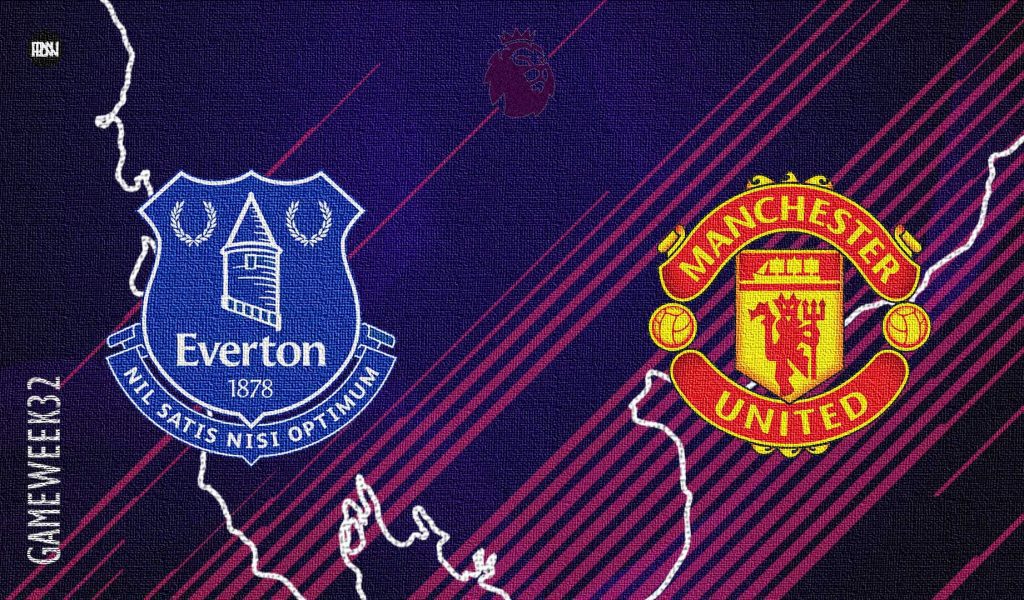 We return back to Premier League action and this weekend sees Manchester United make the trip to the blue half of Merseyside as they take on Everton at Goodison Park.

Everton started the season very well under then manager Rafa Benitez, winning three and drawing one of their first four league games. However, their form after that was not ideal, losing 7 out of 10 games and that eventually led to the Spanish manager getting fired due to poor performances. Everton have since replaced Benitez with former Chelsea manager Frank Lampard. The signing of Frank Lampard has not quite worked out for the Toffees yet, and they now find themselves just a few points off the relegation zone in 17th place. They face the possibility of getting relegated for the first time since 1950-51, and for the very first time in Premier League history. Lampard has now overseen a run of 8 losses in 12 games, and there are now doubts being cast over the appointment of the Englishman. They were last in action against Burnley in the midweek when they surrendered a 2-1 halftime lead to lose 3-2 at Turf Moor. This weekend they face a troubled and unsettled side in Manchester United who have dropped many points against lower teams which will give Toffee fans and the team some hope of getting a positive result.

Manchester United are making the headlines off the pitch in the last few days, with their search for a new manager reportedly coming to a fruitful end. Reports suggest that the United hierarchy have identified current Ajax manager Erik Ten Hag as the successor for interim manager Ralf Rangnick, who will now move upstairs to take up a consultancy role with the club. The news about the new manager has certainly increased the excitement levels among fans, with the Dutchman known to have a beautiful philosophy and style of football, something that the Old Trafford faithful have not witnessed for some time now. The Red Devils however will hope the players are not distracted by the happenings off-pitch, with the fight for a top 4 spot still ongoing with Arsenal, Tottenham Hotspurs and West Ham United. They dropped points at home last time out against Leicester City, when they drew 1-1, in a result that has subdued hopes of a top 4 finish among United fans. With Arsenal’s loss to Crystal Palace, however, United are still in the mix although it is looking unlikelier by the day. The Everton game on Saturday represents a very good chance for United to break their two-game winless run.

Everton will be without on-loan midfielder Donny van de Beek who is ineligible to play against his parent club. The Toffees will also be without a few other key players, with midfielders Tom Davies, Andre Gomes and Andros Townsend all injured. Defenders Yerry Mina and Nathan Patterson with both missing through injuries as well. However, Michael Keane and Allan are set to return after serving their respective suspensions and will be expected to start on Saturday afternoon.

Manchester United will be without Edinson Cavani who has a calf problem, and left-back Luke Shaw who is a doubt after he was substituted with a leg issue in United’s game against Leicester City last weekend. Jesse Lingard was unwell last weekend and remained on the bench as an unused substitute. Cristiano Ronaldo is also set to return to the lineup after missing out last week with an illness.

CAN LAMPARD INSPIRE EVERTON TO A SURPRISE RESULT?

Manchester United- for all their troubles- enters this game as the heavy favourites. Burnley manager Sean Dyche told his players he is not sure Everton can win a game of football in his half-time team talk in their clash in the midweek, and the Clarets came out roaring in the second half to overturn a 2-1 deficit to win 3-2. Everton’s future in the Premier League looks bleaker by the minute, with the gap between them and the relegation zone down to just one point. Lampard and his men now face an uphill task, with just nine games remaining. Every game will have to be seen from a must-win perspective, and they will have to give it all.

Lampard has tried out a few formations while at Everton, trying to find the best fit suited to the players and his playing style. The 3-4-3 and 5-4-1 was trialed in his first few games after which he shifted to a 4-4-2 and has tried out an attacking 4-3-3 formation in the last few games. He played a midfield three of Abdoulaye Doucoure, Alex Iwobi and Mason Holgate- deputizing for the suspended Allan. The Toffees will be boosted by the return of Dominic Calvert-Lewin, who will take up the number 9 role with Richarlison and Anthony Gordon or Demarai Gray on either flanks. Lampard will be looking to counter Man United’s preferred 4-2-3-1 setup, and will be hoping to isolate Cristiano Ronaldo and not afford him too much space. United have shown their vulnerability on counter-attacks this season, and that will be an avenue that Lampard will look to exploit.

Ronaldo is capable of winning games by himself, as he showed in the 3-2 win against Tottenham Hotspur at Old Trafford, scoring a brilliant hattrick to take all three points. He still retains the ability to dazzle the football world with his skills, and he will no doubt be adding to an already massive headache for Frank Lampard. Ralf Rangnick meanwhile will be hoping his front four can take advantage of the porous Everton defence, and get a big win which will boost their top 4 chances as well. It is a big game for both teams, more so Everton and the Toffees will be looking to get a positive result in front of their home fans and hopefully even break their miserable winless run.

The English striker had a wonderful 20/21 season, scoring 21 goals in 39 games in all competitions, and was expected to carry on in the same fashion this season. However, Calvert-Lewin has struggled with injuries and has not had a consistent run of games, playing only 13 games in all competitions this season. He has 3 goals and an assist in the Premier League so far, and while he has recovered from his injuries now, the Englishman is gradually easing in. He played the full 90 minutes against Burnley in the midweek, only his first full game since February 19th. DCL has not scored in the league since August last week, and will be hoping to get one on Saturday.

The Portuguese midfielder loves playing against the Toffees, and has a very good record against them. Fernandes has scored 4 goals and provided 2 assists against Everton in 4 league games since his arrival at Old Trafford, and has scored some worldies against the Merseyside Blues. However, he has only won one game out of 4 played against them and will be hoping to improve on that record come Saturday. With Everton in their worst form now, Bruno will be looking to take advantage and add to his tally of goals and assists for the season. He has scored 3 and assisted 1 in 2 games at Goodison Park, and is undoubtedly one of his favourite grounds to play at. All eyes will be on Cristiano Ronaldo, but Bruno Fernandes has the ability to steal the show with his performances.