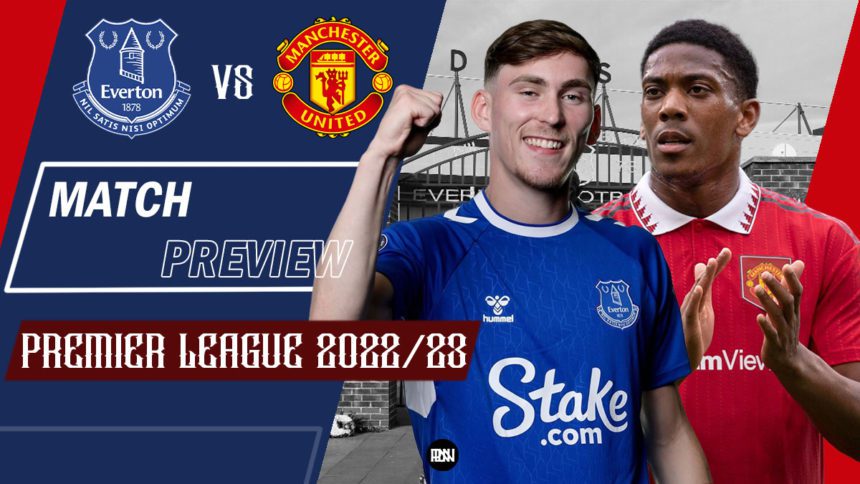 This weekend sees the return of a fixture that has thrown up some classics in the past. It is Everton who welcomes Manchester United to Merseyside this weekend as Premier League action resumes for Gameweek 10 of 38.

Everton after a fairly poor start to the season seems to have turned things around. The team looks like it is finally clicking under Frank Lampard and the Toffees have gradually started climbing up the table. A certain Alex Iwobi has been integral in making it happen, finally giving off the star feeling that Everton expected when they brought him from Arsenal. If you ever want to feel like a football star at the casino, make sure to visit HotSlots kaszino, which offers a wide range of casino games and bonuses.

A losing start to the season against Chelsea and Aston Villa saw the Toffees rooted to the bottom of the table. However, since then they have gone on an unbeaten run for over a month, albeit drawing 4 out of 6. They have won their last two games against West Ham United and Southampton and are in a buoyant mood as they prepare to welcome the Red Devils. Their last game against the Saints away from home was very end-to-end and could have gone either way, but it was the Merseyside Blues who came away with three points.

It was a very even contest in the first half with both sides creating some good opportunities in front of the goal. However, the Saints took first blood just a couple of minutes into the second half, scoring through Joe Aribo. Frank Lampard’s men were quick to respond and equalized within three minutes after a well-taken goal by defender Conor Coady, who scored his first for the club. Then Dwight McNeil scored his first for the club as Everton added a second just two minutes after the equalizer to take a decisive 2-1 lead and held on to it till the final whistle.

Despite creating some decent chances, the Saints were frustrated by some poor finishing and some excellent goalkeeping by Jordan Pickford for Everton. That win made it two out of the last two for Lampard’s boys and they will be ready to take the game to United on Sunday.

Manchester United, on the other hand, were last in action in the Europa League in midweek as the Red Devils travelled to Cyprus to take on Omonia Nicosia. United huffed and puffed their way to a 3-2 win over the Cypriots, after going behind 1-0 in the first half. Substitutes Marcus Rashford and Anthony Martial inspired the Mancunians with some brilliant finishing, with the former scoring a brace to take three points. Erik Ten Hag’s side should have scored more but an unlucky day in the office for striker Cristiano Ronaldo in front of the goal meant that United scored just three goals despite dominating the game for large parts.

They now turn their attention back to the league as they look to bounce back after the 6-3 Manchester derby loss. There were very few positives to take from that derby loss as Man City looked utterly in command since the first whistle. However, the Red Devils were a much better side in the second half and ten Hag will look to build on that, as they enter a congested period of fixtures running up to the FIFA World Cup in November.

Man United have a good overall record at Goodison Park, winning 17 of their 30 league meetings there, but the Toffees have gotten the better of them on the past few occasions, with United winning only two of their last five visits to Everton. The 4-0 thrashing a few seasons ago is still fresh and ten Hag will have to be wary of visiting what is a very tough place with a hostile atmosphere.

Everton will be without winger Nathan Patterson, who has been ruled out for up to five weeks due to an ankle injury sustained while on international duty. Mason Holgate, Ben Godfrey, Yerry Mina, and Andros Townsend have all been ruled out in recent weeks, but Jordan Pickford returned against Southampton and might return to the starting lineup.

Manchester United defender Harry Maguire suffered a hamstring injury while on international duty and has been missing from the squad for the last two matchdays as a reason. He is expected to be out on Sunday as well. Raphael Varane was substituted in the defeat against Man City with an injury and missed out on the win against Omonia and is set for a late fitness test, but Victor Lindelof is expected to start in his place against Everton.

Anthony Martial returned to action against Manchester City with a bang, scoring two goals and after another fine performance on Thursday, will be expected to start up front. With a packed fixture list, ten Hag could rotate his squad with the likes of Casemiro predicted to start in place of Scott McTominay after the Brazilian put in a solid shift against Omonia.

Manchester United have played just 10 games under Erik ten Hag and they undoubtedly need a lot of improvement, but as the Dutch manager has set about imprinting his vision and style, they have shown signs of a top team at times. It is no secret that ten Hag wants his players to be confident and dominant in possession and although it has not always shown, there have been moments throughout the season where they have played fluid football and built-up attacks from the back with every player contributing to it.

Even in their humiliating defeat against Man City, Manchester United’s second goal scored by Anthony Martial came from a lovely movement as they played out from the back and beat City’s press to score a beautiful goal. Such moments have showed the progress that the Red Devils are making under the Dutchman and the United faithful will have to remain patient as they try to get back on track to where they were before.

Coming to Sunday’s clash, there is no doubt that Man United will want to impose themselves on Everton at a place where the atmosphere is aggressive. Frank Lampard’s men might be content to play on the break given the Red Devils’ vulnerability on the counter as was evident in the two goals they conceded against Omonia FC in the midweek. Ten Hag’s side will again encounter a low block and they will need all their wits about to break down what is a resurgent Everton side.

One of the main criticisms that the Manchester United wingers have come under is their reluctance to take on the opposition. Antony, Marcus Rashford and Jadon Sancho are all excellent dribblers and are very skilful with the ball, but all three have not taken on defenders one-on-one often. However, their attack is in a good form and fullback Coleman and Mykolenko will have a headache trying to contain the pace and trickery of the United front three. United will look to use that to their advantage and hope to dominate the game as much as possible.

For Everton, it is a matter of taking their chances as they come. Not many expect them to take the game to United, but Frank Lampard has the capability of surprising everyone. They will need a strong start and will look to stun Man United early on. Neal Maupay will be key to creating spaces for the Toffees and against a defence which has conceded 8 in the last two games, the hosts could fancy themselves to get at least one. With just two points between them a win would see Everton leapfrog the Red Devils in the league table and they will hope to do just that come Sunday.

Everton’s transformation under Frank Lampard in recent months has been attributed to several factors, including a fantastic summer of recruitment, an improvement in Lampard’s tactics, a better defence with new signings Tarkowski and Coady at the heart of it, and squad confidence, but one factor has been truly unexpected, particularly among Toffees, and that is Alex Iwobi’s phenomenal performances.

The Nigerian international has been Everton’s star performer this season, thanks to the freedom of expression that Lampard has provided him in his new midfield role at Goodison Park. Iwobi has been Everton’s major source of creativity in the final third this season, playing in a flexible and free no.8 position with the extra stability and energy of Idrissa Gana Gueye and Amadou Onana behind him. Everton’s obvious need for a midfield revamp in the summer has already been met, but no one has contributed more to the club’s rapid advancement than Iwobi himself. He picked up another assist last weekend, bringing his season total to three, and will be one to watch for this Everton team.

The English forward has been for a while touted to break the goalscoring record at Man United set by the likes of Wayne Rooney and Sir Bobby Charlton, but the 24-year-old has not been consistent over the past few seasons. Injury hampered his start last season and he never got going, but he has returned with a vengeance this season and has started the season brilliantly.

Rashford has 5 goals and 3 assists in 8 games in all competitions this season so far and under Erik ten Hag’s management looks much of his explosive former self that we saw at times under Ole Gunnar Solskjaer. A brace on Thursday was evidence of his class and talent, as he changed the game after coming off the bench. He will be expected to start on Sunday and link up again with Anthony Martial like he did against Omonia. 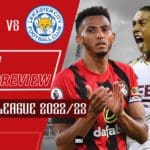 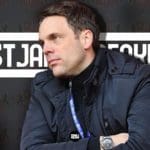 How Kristjaan Speakman has transformed Sunderland
Leave a comment