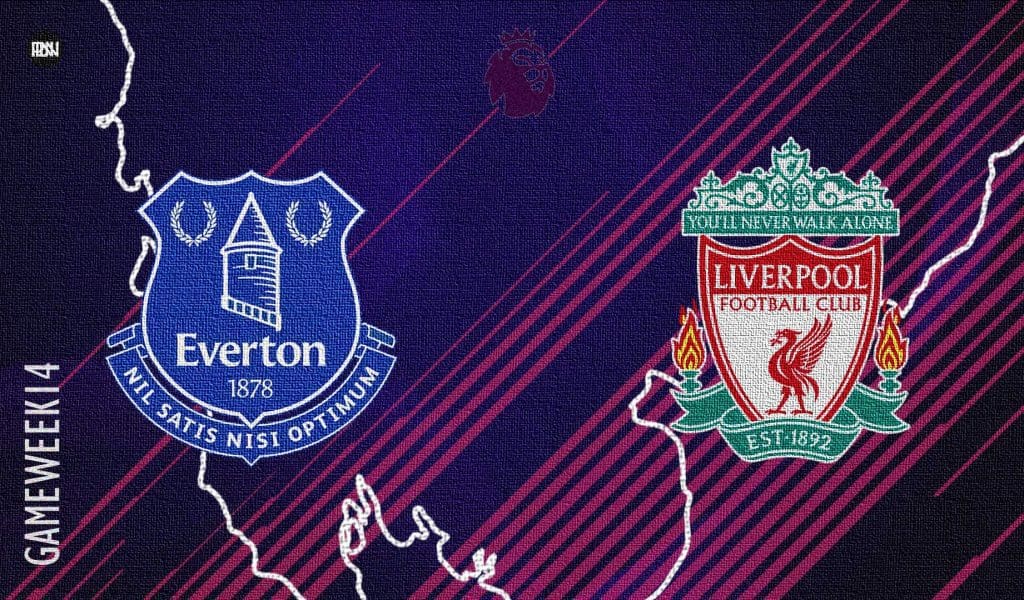 Amongst the most awaited encounters of the season takes place this Wednesday as Everton host local rivals Liverpool in the first Merseyside derby of the ongoing campaign. Polar opposites in their form, both clubs will be desperate to crush the other this week as they prepare for a relentless period of fixtures over the next few weeks.

While the Reds are yet to taste defeat this season, the blue half of Merseyside have witnessed a steep decline in results following their remarkable start to the campaign. The Toffees have managed to take only a point in their last nine league fixtures, with Brentford handing them their latest defeat on Sunday. Given the derby being a great leveller, Rafa Benitez will be hoping to capitalize on the home advantage and potentially hand Liverpool their first defeat of the campaign.

Meanwhile, Jurgen Klopp will be keen on remaining undefeated on Wednesday. Having been amongst the most consistent teams this season, Liverpool head in as overwhelming favourites at Goodison Park and are only likely to benefit from a hostile home support less than a kilometer away from Anfield. Coming on the back of a comfortable 4-0 victory against Southampton, the Reds will look to capitalize on Everton’s underwhelming form on Wednesday evening.

The Toffees will be overjoyed at having Richarlison return following his suspension, although the likes of Dominic Calvert-Lewin and Mason Holgate remain unlikely to feature in any capacity on Wednesday.

In addition, Yerry Mina, Tom Davies, and Andre Gomes, too, remain out of contention, with Demarai Gray expected to return to the starting line-up after sustaining a minor injury against Manchester City. In the absence of key players, Benitez is likely to field his best eleven hoping to avoid a defeat at Goodison Park.

Unlikely to tinker with a consistent squad, Klopp is likely to field the same eleven from Saturday’s comprehensive victory against the Saints. The likes of Naby Keita, Roberto Firmino, Curtis Jones, and Joe Gomez continue remaining side-lined, which none expected to make an appearance on Wednesday.

Having displayed a decent performance, Ibrahima Konate will be keen on retaining his spot ahead of Joel Matip at centre-back. On the other hand, Diogo Jota will be looking forward to kicking on from his outstanding brace last Saturday.

The Reds will be keen on maintaining their rampant run of form while the Toffees will look to avoid defeat and clinch a scrappy victory on Wednesday. With two managers on opposite ends of the spectrum, the game is likely to produce a feisty affair, rife with competitiveness and captivating moments throughout the ninety minutes.

Given Everton’s poor run of results, the visitors will be desperate to feast upon their rivals’ weaknesses. Liverpool have averaged nearly three goals in every away game this season, and the Reds will only look to increase the statistic on Wednesday. Meanwhile, the Toffees will be hoping to remain solid in defense and hurt the Reds on the break and set-pieces at Goodison Park.

Provided Everton succeed in nullifying the impact of Liverpool’s boisterous full-backs and attackers, the Toffees are likely to salvage a result on Wednesday. However, given the glaring difference in approach and personnel, the visitors are more than capable of exploiting the loose ends in Benitez’s tactical set-up at Goodison Park.

A much-welcomed return following his suspension, Richarlison remains the most potent threat in the attacking third for Everton. The Brazilian’s physical attributes combined with his movement, desire, and finishing will be vital if the Toffees are to secure a decent result against Liverpool.

Although the home side will be without the services of Dominic Calvert-Lewin, the return of Demarai Gray alongside Richarlison marginally increases their prospects of hurting the Reds on Wednesday. Provided the Brazilian remains a handful for Liverpool’s centre-backs, Everton could potentially secure an acceptable result at Goodison Park.

Amongst Liverpool’s most lively players this season, Alexander-Arnold’s performance will be pivotal to the Reds on Wednesday. The right-back’s sublime technical ability combined with his crisp passing will be pivotal to Liverpool’s chances of breaking a potential low-block and provide the required contribution in the attack.

However, given his match-up with Demarai Gray, the right-back’s defensive discipline will be put to the test amidst the possibility of a counter-attacking approach by the home side. Nevertheless, provided the Reds dominate the opposition, Alexander-Arnold will be hoping to play a key part in maintaining his team’s unbeaten run this season.