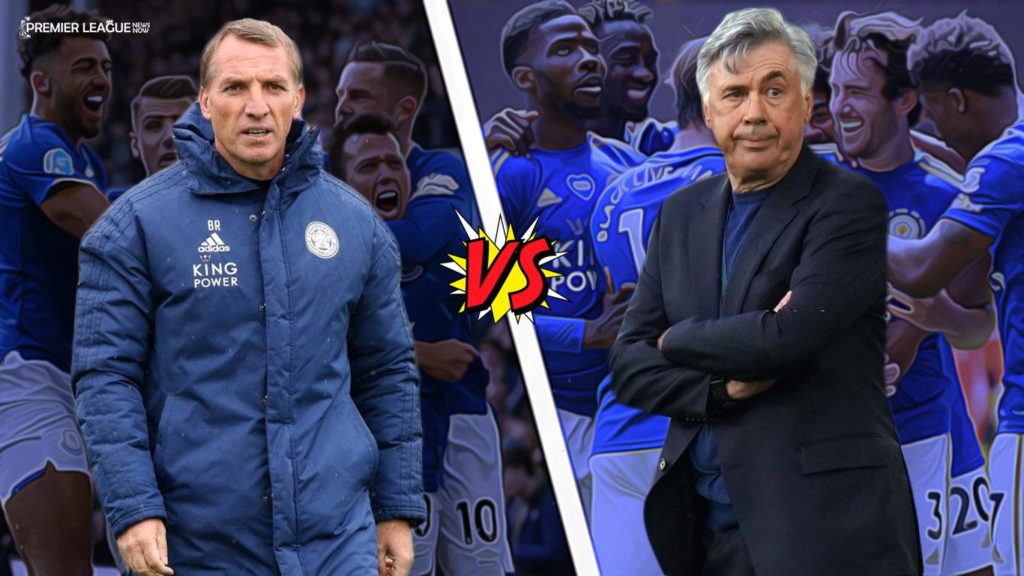 Everton will be squaring up against Leicester City at the Goodison Park on 1st July, a crucial fixture for both the clubs.

Leicester have being impressive under Brendan Rodgers whose time with the Foxes has seen them fighting for top four place. His team’s consistency and outstanding attacking fluidity have been tremendous, all thanks to the manager’s style of play and influence on the team since taking over from Claude Puel.

While his counterpart Carlo Ancelloti is a known veteran whose managerial reputation in Europe is considered as being so glamorous. His reign with Napoli before his sack was one of his rare unsuccessful spell but his managerial know-how is immense.

Since the 61-years-old took over, Everton has 6 won matches, drawing 2 and losing just 3 games.

The major highlights won’t solely be on both managers’ tactics but will rather focus on some important players in their team who on their day are capable of deciding the outcome of a match single handedly. 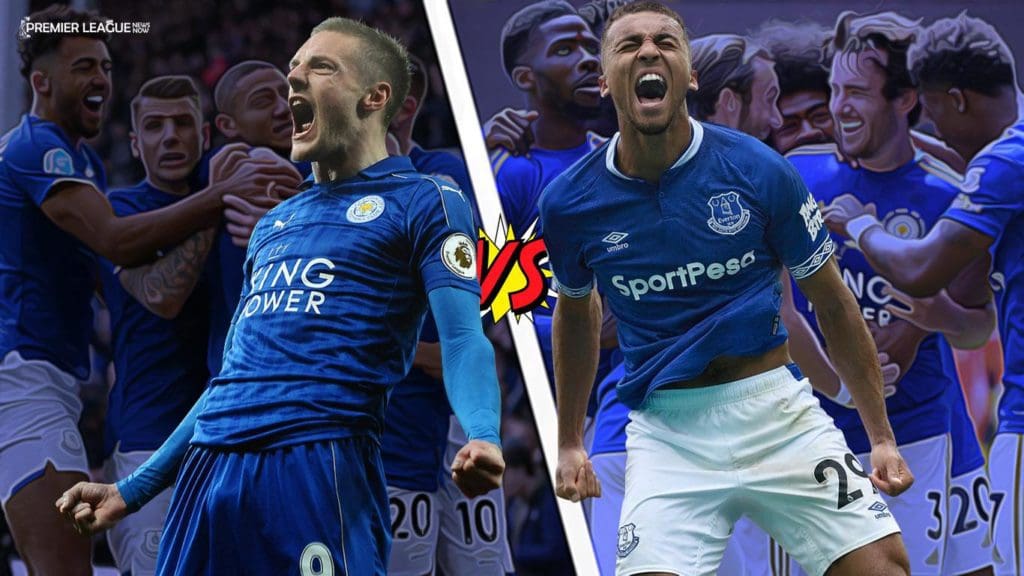 Dominic Calvert-Lewin looks to have being on a different level since Carlo Ancelloti took over as the manager. The 23-year-old had scored five goals in 16 games under former manager Marco Silva but under Ancelloti, the young talented striker has been involved in 9 goals in 13 league games under the new manager, scoring 8 and assisting one.

When his other striker is failing, the Englishman has risen to the task in delivering goals consistently. And the Englishman will be looking to continue his impressive goalscoring form against the Foxes’.

While Leicester’s talisman Jamie Vardy needs no introduction. He has turned out to be one of the most deadly finisher in the Premier league. He has consistently produced high number of goals every season for the Foxes. His pace and movement on and off the ball is highly commendable.

The ex-England international has being the Foxes most reliable striker, regardless of Iheanacho’s recent encouraging performances, Vardy doesn’t look to be worried about his starting berth, as his contributions on the field even while not scoring is immense.

Jamie Vardy is currently the league’s leading goal scorer with 19 goals already. And his goal tally might increase against the Toffees if they become complacent. 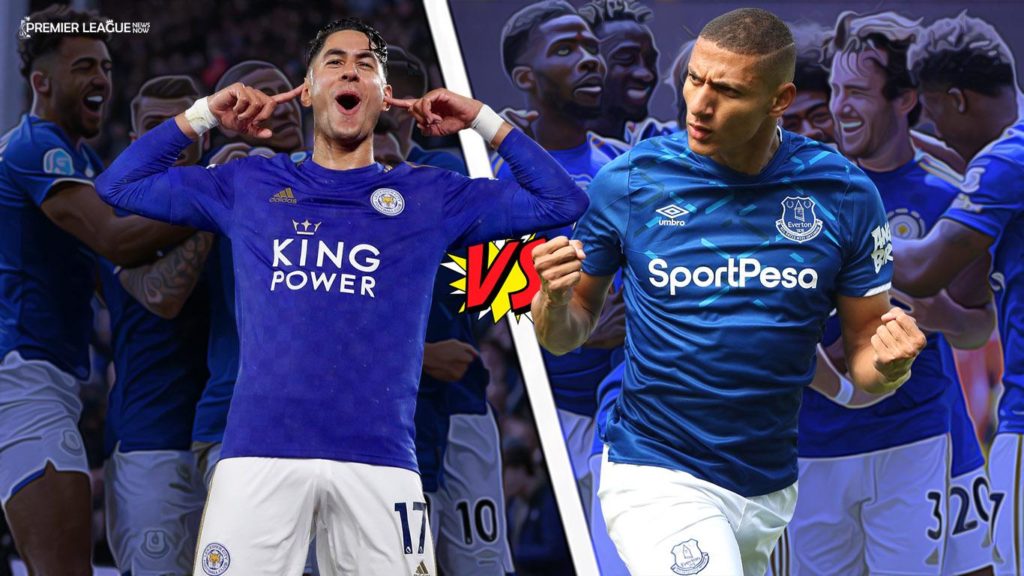 Richarlison is not just a good attacker, but his trickery, pace and finishing is part of his greatest quality. His energy and ability to create chances for his teammates makes him more difficult to contain. Regardless of where he’s been deployed either as a winger or a second striker, the Brazilian can still pose a threat all through the game.

The Brazilian forward has scored 10 goals and assisted 3 in 29 league matches thus far. Richarlison’s new position being deployed by Ancelloti takes him more closer to the box and Leicester’s defense will surely have a lot to do to nullify his threat.

While Spanish international Ayoze Perez, from the right wing position has contributed 11 goals in 26 league appearances for the Foxes. His ability to play in various roles across the front line makes him unpredictable as he’s able to switch position and makes himself available in most dangerous position to score. Signing from Newcastle last summer, Ayoze has made an immediate impact and will be dangerous against any opposition defense found wanting especially if Chilwell become unusually complacent due to fatigue. 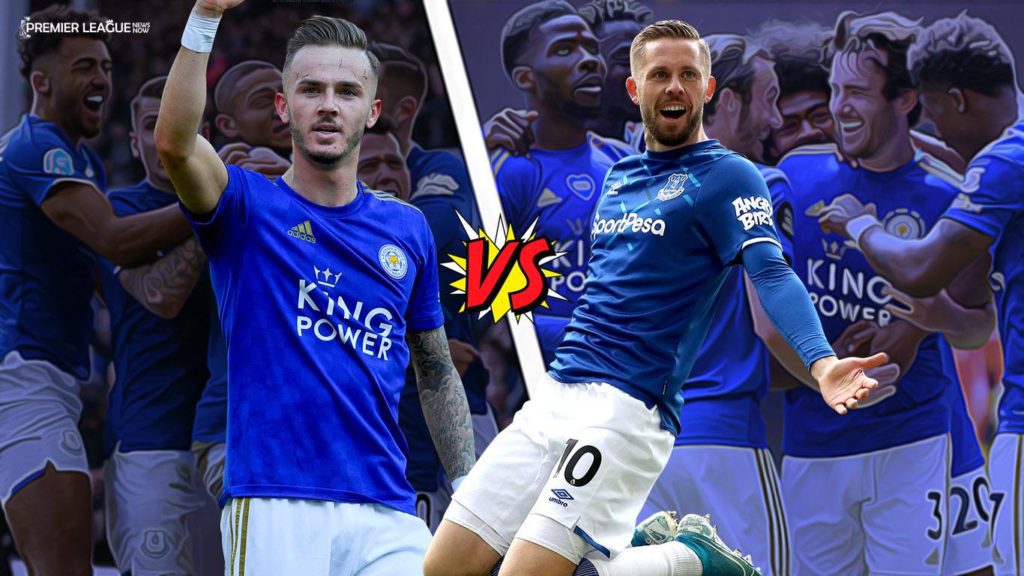 The 30-yrs-old midfielder has been in the league for quite some time and his experience conjoined with his quality can’t be overlooked. Sigurdsson has been one of the most respected playmaker in England who has shown his ability to punish his opponents with his quality set-piece and through balls. His consistent displays over years is enough to prove and impose his quality over Leicester’s midfield and defense.

While Maddison posses the offensive threats to punish any team. His ability to get into space to create chances against all odds makes him highly instrumental and vital. He’s able to intelligently get the ball forward, linking with the attackers and influencing most of the attacking opportunities. Thus far, James has nine goals involvement this campaign, with three goals and six assists. Everton will undoubtedly loose to Leicester if they allow Maddison some space upfront. 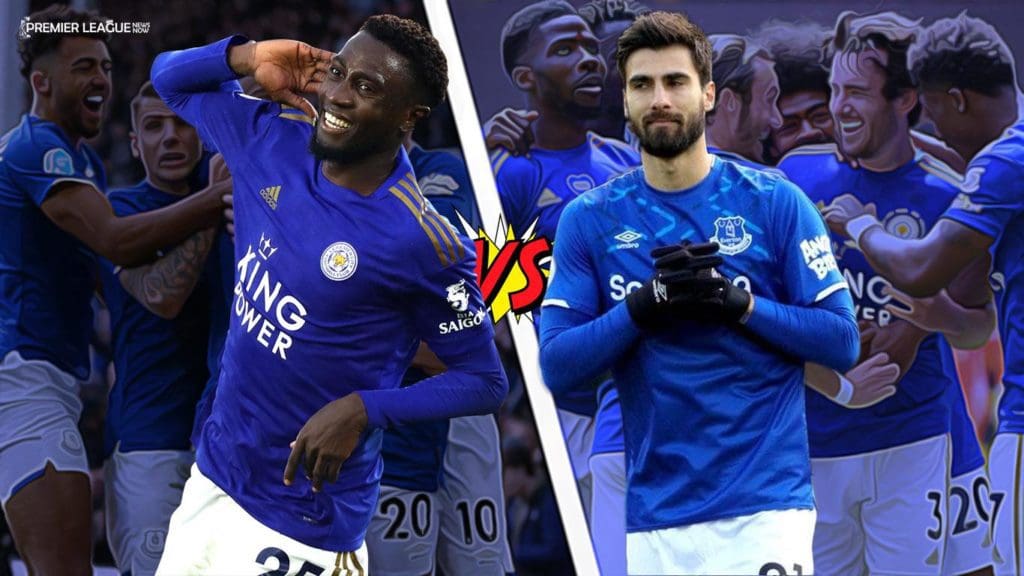 Andre Gomes was producing consistent and high quality displays before his terrible leg break. A lot of doubts has clouded his return but fortunately for him he has been able to win back his place and put himself into the manager’s plans. Gomes has since been given regular playing time coupled with impressive displays like he never left.

His experience and intelligence is more than enough to cause as much trouble to the opponent, while his positioning is arguably one of his greatest strength.

Meanwhile, Wilfred Ndidi his a known tackler, who has made several impressive stats when it comes to number of tackles, interceptions and recoveries. His ability to contain opponent’s attacking threats with consistent solid performances in the middle enhances his team’s chance to hit their opponent on quick counter attack.

Ndidi’s role for his team against the Toffees will undoubtedly be very vital, as he’s the most capable player to nullify Everton’s attacking threats. 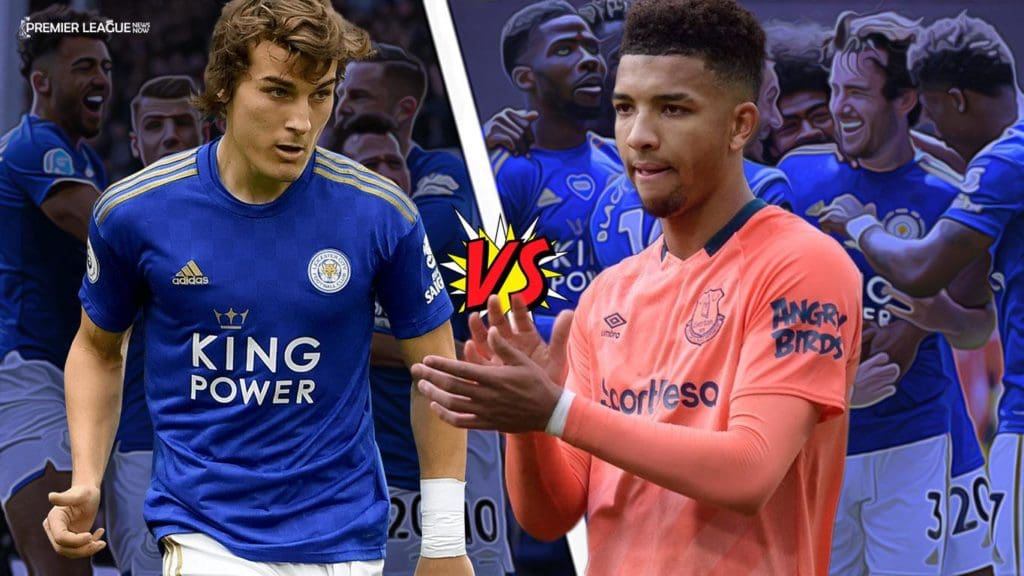 Mason Holgate has been a consistent performer for Everton since Carlo Ancelotti took over from former manager Marco Silva. The highly-rated centre-back has started 12 out of 13 matches under the former Real Madrid boss. He has made himself the best partner to Michael Keane while displacing Yerry Mina from the first eleven.

The young Englishman has impressed tremendously under Carlo Ancelotti and he’s expected to play a prominent role for the Toffees against the Foxes.

While Harry Maguire’s replacement Soyuncu has had an influence in the team’s defense this season, which has transformed the Foxes defense into an aggressive back line.

The Turkish international defender couldn’t make an instant impact with the Foxes after signing with the club but since Brendan Rodgers took over the managerial role, Soyuncu has being a different player entirely. Though the potential was there but under Brendan Rodgers, Soyuncu has become almost the best he can be.

With Soyuncu, the defense has kept 10 clean sheets so far and will be hoping to make it 11 against the Toffees.