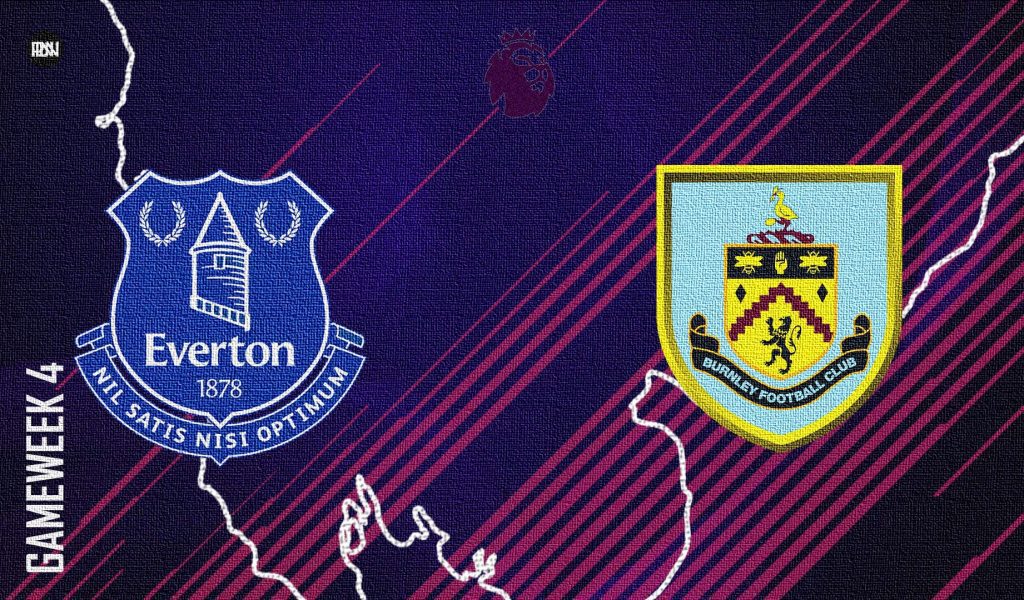 Everton will come up against Burnley at the Goodison Park on Monday night with the hope of snatching the three points to make it their third win in four Premier League matches this season.

The Blues from Merseyside enjoyed a better start to the season with two wins already unlike Burnley who hasn’t won any match thus far, amassing just a point (thanks to a 1 – 1 draw against Leeds) in their opening three matches.

The Toffees has comfortably being the better side against Southampton (win), Leeds(draw) and Brighton (win), with Benitez proving his credential in the Premier League once again despite receiving a negative reaction from the fans concerning his appointment. Everton’s seven points out of nine would have hopefully eased the initial tension surrounding the manager but the Clarets’ search for their first Premier League win of the season might dent Benitez’s ambitious third win out of four league games thus far.

Going into this encounter, Everton has an underwhelming record against the Clarets, losing four and drawing one in their last eight meetings in the Premier League.

The obvious absentee from the Everton squad will be Fabian Delph who is nursing a shoulder injury. Seamus Coleman could be available for the match against Burnley after being reported that the injury he sustained on international duty wasn’t as serious as it was feared to be.  Yerry Mina, Ben Godfrey and Tom Davies are reportedly back in training and are available for selection.

Dominic Calvert-Lewin is expected to start on Monday despite his withdrawal from international duty due to a slight knock. While Toffees’ playmaker James Rodriguez might start from the bench considering his lack of match fitness.

In the latest update, Benitez will have Richarlison available for the match after being spared by the Brazilian FA considering their positive relation.

Burnley club record signing  Maxwel Cornet (12.9m) could make his debut on Monday to the delight of the fans while Sean Dyche will hope to name Nathan Collins in the squad, despite being forced to withdraw from an international duty with Republic of Ireland.

Sean Dyche still have to do without the services of Kevin Long, Dale Stephens and new signing Connor Roberts, who is being ruled out due to a groin strain.

A start for Dwight McNeil will see him become the youngest Burnley player to play 100 Premier League games for the club at the age of 21-Years and 295 days.

Benitez to get Clarets out of position?

Everton will consider playing a high line to force the Clarets out of position which opens up spaces behind their midfield and leaves them vulnerable on attack as they are potentially going to struggle with pace. Everton has recorded a very low possession stat which shows that they’ve relied more on soaking up pressure and hit the opposition on quick counter attack which can be successfully done if they lure the Clarets out of their position.

Sean Dyche has a clear philosophy which favours good crosser of the ball and tall forwards like Wood and Barnes. His team’s ability to wreck havoc with the ball in the air with an average 15.3 crosses per game thus far, Keane and Holgate might find it too difficult to curtail Burnley’s aerial threats at goal. Although with the presence of Maxwel Cornet and Dwight Mc Neal on the far, Dyche might use time on the inside to not only aid his strikers but also use the inside line to breach Everton’s defence.

Despite his withdrawal from the international duty, the tall England forward will be a nightmare for the Clarets’ defenders on Monday night. Burnley do have that aerial ability to contain the likes of DCL on the crosses and dead-balls although it’d be important for them to not get bullied in his presence. While about Calvert-Lewin, having already scored three in as many games – he’d be up for making it four against a struggling Burnely.

Tarkowski defensive intelligence has being the bedrock of whatever the team has enjoyed thus far and the tall, and physically strong defender will be needed to be at his usual best on Monday night against a similarly tall strikers like Calvert-Lewin and the pacey Brazilian forward Richarlison. If Tarkowski turns up against the Toffees, Rafael Benitez men will be lucky to get three points against the Clarets – but that could be said about a lot of players who’d take that pitch tonight.