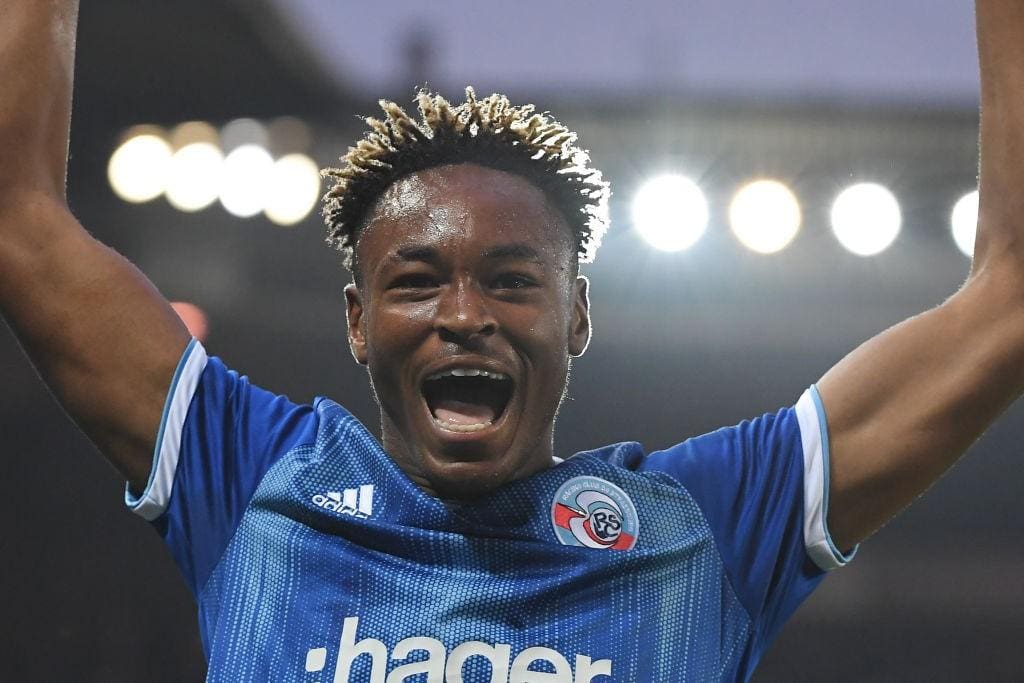 Everton and Southampton have been speculated to have made their interest known in signing 19-year-old Strasbourg defender Mohamed Simakan, whose performances this season have been of great impact to the team at such a tender age.

The Marseille born defender signed his first professional contract with RC Strasbourg Alsace on 16th May 2018. He made his professional debut with Strasbourg in a 3–1 UEFA Europa League win over Maccabi Haifa F.C. on 25 July 2019.

This season, Simakan’s impressive performances, development and his versatility, which has seen him feature seamlessly at both centre back and right back has earned him a prominent role in Strasbourg’s defense as he has featured in 25 matches for the club in all competitions. 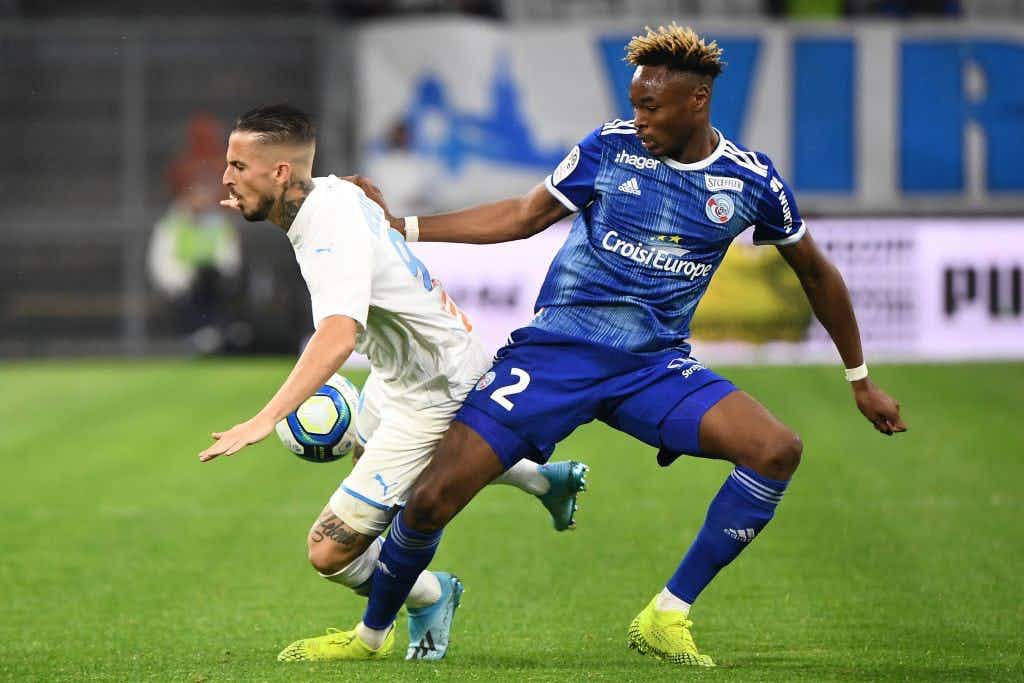 His performances hasn’t gone unnoticed by other European top clubs however, as Frankfurt, Borussia Dortmund, AC Milan and RB Leipzig have all been speculated to have taken a keen interest in the youngster’s signature.

According to Sky Germany, it was reported that RB Leipzig have held initial talks with the French club, who are holding out for €20 million for Simakan, as the club sees the Strasbourg defender as a like-a-like replacement for their potentially outgoing defender Dayot Upamecano, who is deemed to leave the club in the summer. 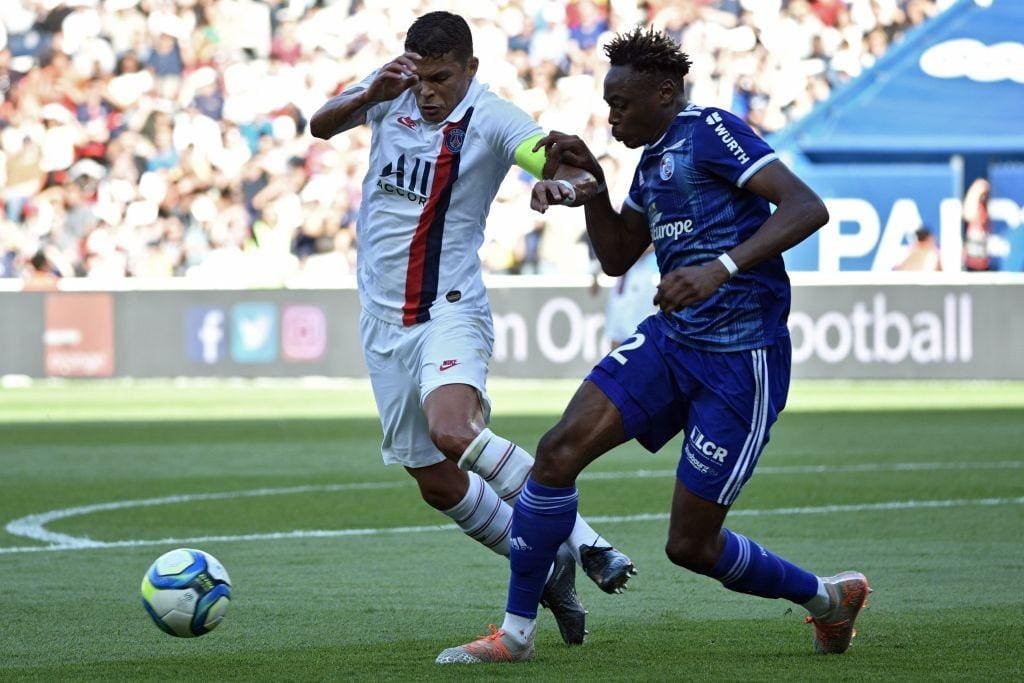 Simakan’s agent Badou Sambague spoke in an interview on the player’s situation: “In this very difficult context, it is not particularly evident to talk about a transfer but it is obvious that there are opportunities that exist for Mohamed. A departure is an option. First we have a season to finish. Then we will catch up with Marc Keller (club president).”

With both Everton and Southampton looking to add defensive depth to their squad this summer, both English clubs will definitely face a tough fight for the young prospect’s signature.

Borussia Dortmund after Gunners’ Bukayo Saka
Odion Ighalo vs Victor Osimhen: Who is a better striker (Player)?
To Top