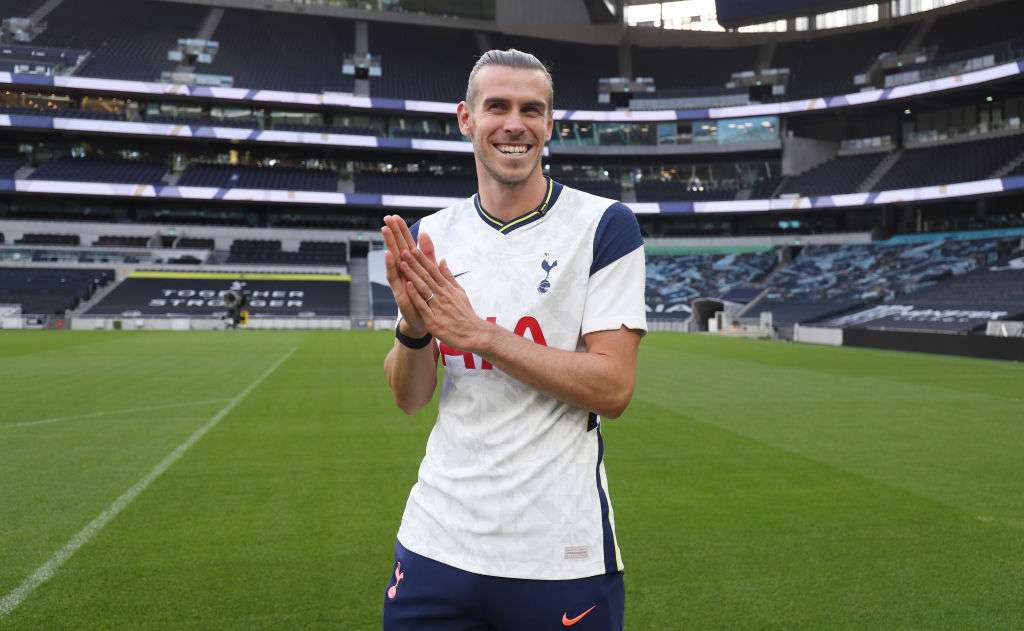 James Rodríguez and Real Madrid, one of them loves stories which never found keen love between them. The Colombian joined Real Madrid on a high and was termed finished when he left Santiago Bernabéu last summer to join Everton. Another of Real Madrid love stories that haven’t found a lot of love recently is Gareth Bale, and Florentino Pérez is very keen to get rid of the Welshman for once and for all in the upcoming summer window.

Bale is currently on loan at Tottenham this season, and we have seen glimpses of the player he was when he left England intersected with frustrating displays and prolonged injury problems. Spurs have the first refusal to bring back Gareth Bale on another season-long loan from Real Madrid, and according to Sportsmail – Daniel Levy will offer the club’s next manager the chance to do so.

Real Madrid were keen to get rid of the Colombian last summer and they spared no efforts to make it happen, knowing James’ desire to reunite with Carlo Ancelotti.

Rodríguez is the most significant player from both a commercial aspect and a sporting one for Everton in some time.

Los Blancos didn’t want to risk him ‘bouncing elsewhere’, which is why they ‘offered the Colombian international on a platter to Everton’.- THAT PLATTER was a free transfer.

FM reported that Everton ‘did not spend a single euro’ to sign James Rodríguez despite the fact that the transfer was announced at €25m, with the ‘only condition being that Real Madrid would get a certain percentage of his future resale’. Everton ‘did not bat an eyelid’ and quickly closed the deal, which you can hardly blame them for if this is true.

James has been one of the influential figures in Ancelotti’s Everton with a contribution of six goals and a further nine assists in twenty-five appearances in all competitions.

This shows how much influence Carlo has on the Colombian and how he can get the best out of him in no time.

Looking at how James Rodríguez has impressed at Goodison Park, Everton & Ancelotti are hungry for more. They want to bring Gareth Bale to Everton on a free transfer this summer after he returns back to Spain from Tottenham. That’s according to Spanish journalist Eduardo Inda, who suggests the Blues from Merseyside ‘has asked for’ Bale as part of Ancelotti’s summer rebuild.

This puts Real Madrid and Gareth Bale in a tricky position as Zinedine Zidane has no intentions to bring the Welshman back near his squad. But finding a suitor for Bale will be a tough task, with several reports indicating the 31-year-old refusal to move away from Bernabéu considering his mammoth wages. Indeed, he’d be willing to sit and continue to collect cheques at end of each week.

Inda recently appeared on El Chiringuito and claimed, “Ancelotti has asked for Bale, a player he always loved when they played together at Real Madrid. He wants to take him to Everton.”

He then added that Everton have no intention of paying any transfer fee and are instead willing to make a similar deal as they did for James Rodríguez.

Yes, Everton does need a right-winger but Gareth Bale being that man is highly unlikely. Firstly, his mammoth wages will be a huge punch on Everton’s finances, compiled with his injury complications and age. And it’s hard to believe Ancelotti pursuing Bale for winger’s absences, given he has publicly disagreed with Bale’s agent and Florentino Perez overplaying him on the wing for Real Madrid.

Although we said one or the other things at the time about James Rodríguez, and that worked out pretty well. So you never know!