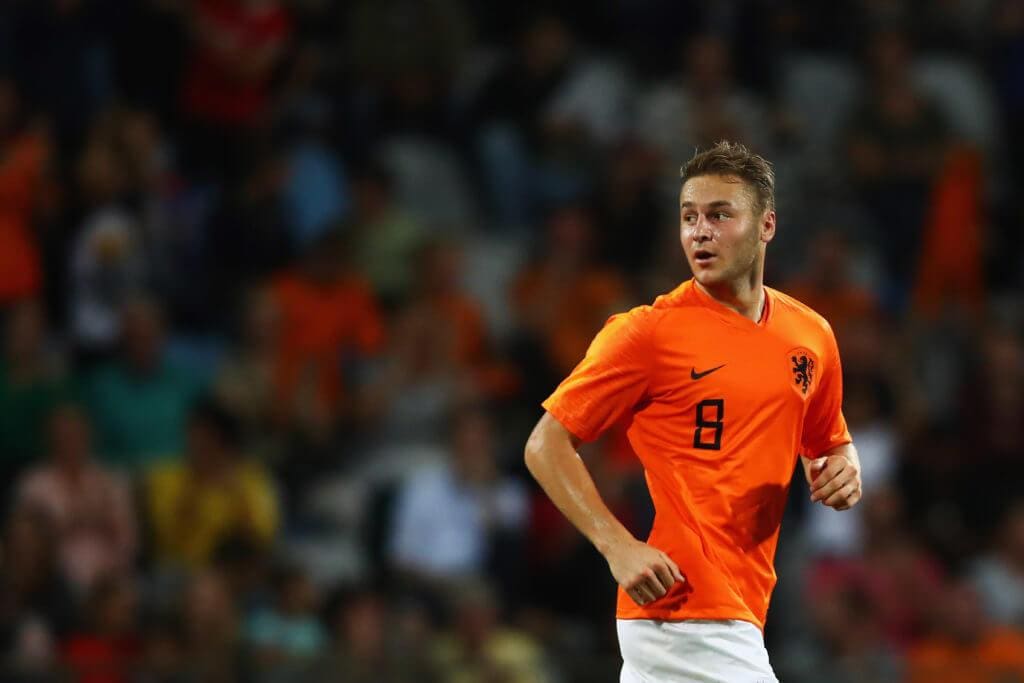 Teun Koopmeiners is a 22-year-old Dutch professional footballer, who plays as a midfielder and also the captain of Eredivisie club AZ Alkmaar.

In 2009, Koopmeiners joined the AZ youth academy at under-12 level. He eventually progressed through the ranks, and as part of the club’s reserve team, Jong AZ, he became champion of the Dutch third division in the 2016–17 season, reaching promotion to the Eerste Divisie.

While also scoring 3 goals and laying an assist in 8 Europa league games this season. In those games, he had 57 ball recoveries, amassing 73% pass success rate.

In all competitions, he has accumulated 86.8% pass success (making one key pass per game), 80% dribbling success, 58% tackles success, 41 interceptions and 67 clearances.

Due to his overwhelming performances for his club, he was named in the last Netherlands’ provisional squad for their European qualification matches but due to the corona virus crisis, his senior international debut has been delayed.

With both Everton midfielders Morgan Schneiderlin and Gylfi Sigurdsson in their 30’s, the club are already looking for long-term replacements.

And base on current form and potential, the signing of the young Dutch international player will undoubtedly prove to be a long-term solution to the Toffees’ midfield.