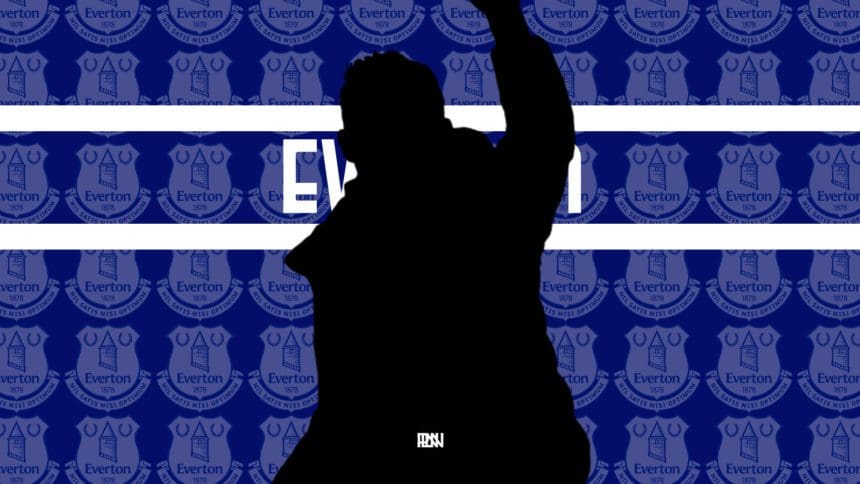 It has been a long time coming, but Monday night eventually saw the confirmation of the months-old rumors of the sacking of Frank Lampard from the post of Everton manager. The legendary English midfielder and former Chelsea manager had taken charge of the Merseyside Blues midway through the 21/22 season when they were 16th in the table and close to relegation, and steered them to safety with a 15th-placed finish. Lampard was then provided significant backing in the summer transfer window, with the club spending in excess of £80 million.

However, after just three league wins in 20 games, Everton are now deep inside another relegation battle and dismal results and playing style has led the board to fire Frank Lampard.

A 2-0 loss to fellow relegation candidates West Ham United proved to be the final straw as the board acted swiftly and confirmed the parting of ways between the club and Lampard. Youth Coach Paul Tait and Everton legend Leighton Baines- who is the Everton U-18 coach- have been appointed as interim managers and both will conduct training sessions together until a new manager is appointed.

The Toffees now embark on the search for another manager, which will be their sixth in five years. Big names like Rafa Benitez and Carlo Ancelotti have all tried their luck in the hot seat in the past five years and it will be a big task for Everton to find the right manager to guide them to safety in the Premier League. Various media outlets and reports have pointed to the information that the Everton board has shortlisted a few managers who they feel can help guide the club in the right direction, not only in the short-term but with a long-term view as well.

Below we have profiled some of the names that have been tipped to replace the outgoing Frank Lampard.

The former Burnley manager has been out of a job ever since the Clarets were relegated to the Championship last season. Surprisingly, the Englishman is the bookies’ hot favorite to take on the Everton job, with TalkSPORT BET offering 6/4 and Sky Bet offering 7/4 odds. Dyche spent just under 10 years with Burnley, guiding them to the Premier League two times and helping them stay up for a better part of a decade, even taking them to the Europa League on one occasion.

The former Burnley man knows exactly how to operate on a low budget, having done it for the Clarets often, and has a repute for making his teams incredibly hard to break down. He has battled relegation in the past as well and could be a good fit for the Everton side who need their defense to be strengthened more than anything. Although Dyche’s playing style can be pragmatic, he can bring stability in defense to this Everton side, which is in dire need at the club currently. With the English manager leading the market, it remains to see if he returns to the Premier League once more.

Another one of the big names that is currently out of work is legendary Argentine manager Marcelo Bielsa, who last was in charge of Leeds United. Bielsa took charge of the Yorkshire club in 2018 when the club was still in the Championship and led them to the Premier League for the first time in 16 years. After an electric 20-21 season in the top-flight, Bielsa and Leeds United parted ways in February of 2022, after 4 consecutive losses. However, no one could deny the impact the Argentine had on the club, and it only cemented his already celebrated status.

He is credited with inspiring managers like Pep Guardiola, Mauricio Pochettino and Diego Simeone among others. He could be a shrewd acquisition for the Merseyside Blues and at odds of 3/1 by TalkSPORT Bet, he is said to be second on the list behind Sean Dyche.

Wayne Rooney needs no introduction, with the Manchester United legend widely considered as one of the best English players of all time. He forayed into management with a stint at Derby County in the Championship in the 2021-22 season. Derby County’s off-the-pitch problems meant that they were handed a 21-point deduction, plunging them into the throes of relegation. Rooney was heavily applauded for his efforts in a sinking ship as he kept them on the brink of survival, but the points deduction proved to be too costly and they were ultimately relegated. He then left for the United States, managing yet another former club, as he took over the reigns of DC United in the MLS in July 2022.

With the 2023 season yet to begin in the United States, the door is still open for Rooney to return to coach his boyhood club and the club where his Premier League career started as well as ended. Although Rooney does not have the best odds, at 9/2 odds, a return to Everton cannot be ruled out.

Perhaps a romantic return could be on the cards? A very unlikely yet much-talked-about candidate to replace Lampard is David Moyes, the ex-Everton manager. Moyes served the club for more than a decade, taking charge in 2002 and leaving Merseyside to head to Manchester after being selected by Sir Alex Ferguson as his successor at Old Trafford. Although a catastrophic six months with the Red Devils followed, his contribution at Everton was noteworthy. He led the club to regular top half finishes, transforming them from a relegation-threatened club from when he first took charge.

Currently in charge of West Ham United- who like Everton are also in a relegation battle- it was his 2-0 win over Everton that proved to be Lampard’s last game in charge and he was sacked soon after. If Moyes were to replace Lampard it would be fair to call it poetic. Odds vary somewhat regarding Moyes, with Sky Bet offering 14/1 odds while TalkSPORT Bet are offering 6/1.

Having built a reputation as being a relegation specialist, Allardyce’s ability cannot be doubted when the ship needs steadying. Over the years he has had various stints at clubs who found themselves in the relegation zone, and Allardyce has guided most of them to safety. Till 2021, Allardyce was one of the few managers never to have faced relegation, but the streak was broken when Wet Bromwich Albion were relegated to the Championship in the 2020-21 season. His record at struggling clubs speaks for itself and could be a last-resort option for the Everton board as they look to avoid relegation.

Allardyce has already once managed the Toffees, when he replaced Ronald Koeman in 2017-18. He led the club to an eight-placed finish after taking over with the club in 13th. However, fans were dissatisfied with his playing style with very few goals scored during his time. He stepped down at the end of the season, and has not returned to management since 2021. Given his history with the club it seems unlikely he will return, but as the old adage goes, never say never in football. TalkSPORT Bet are offering odds of 12/1 on Allardyce to be the next Everton manager, which should tell us all we need about the likelihood of him being appointed.

There are a fair few other managers in the running as well, but at the moment the stage seems set for Sean Dyche to replace Frank Lampard. The club needs someone to steady the defense as a top priority, with the Toffees leaking a considerable amount of goals. On paper, Everton do not have the worst squad and it would be foolish to rule out their survival in the league, provided they get the right replacement in and start getting positive results soon.

The dangerous impact of media on English football
Next Article