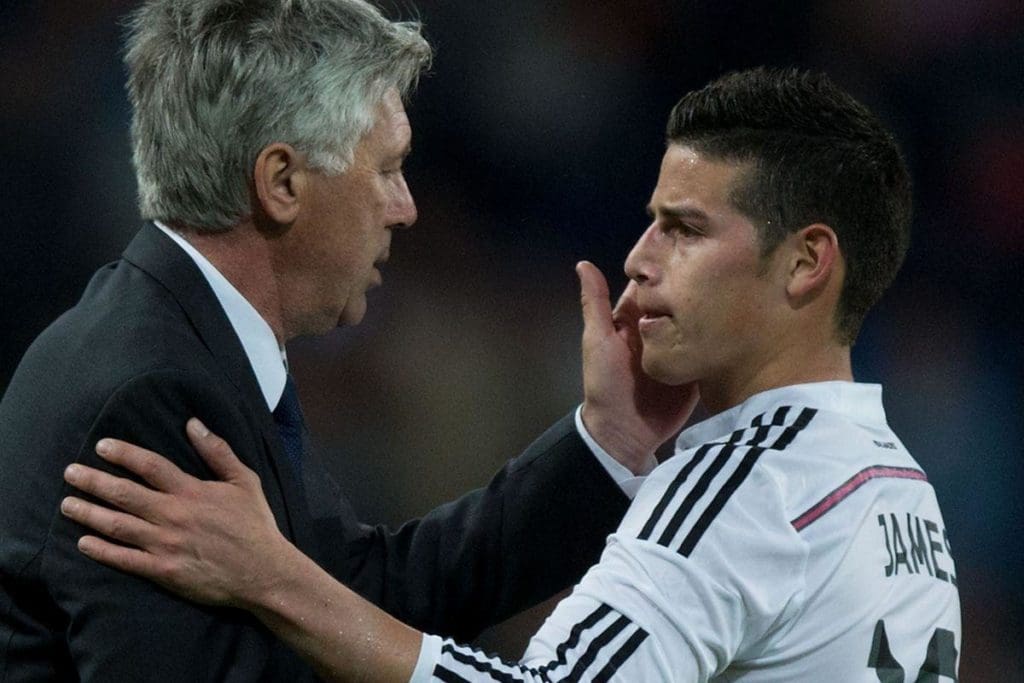 Everton are reportedly in talks with Real Madrid for the permanent signing of James Rodriguez this summer.

Rodriguez is believed to be surplus to requirements at the Santiago Bernabeu after falling out with manager Zinedine Zidane. The 29-year-old was barely given a chance to prove his worth to the club once again after returning from a two-year loan spell in Germany.

And according to reports from the Telegraph, Carlo Ancelotti is willing to sign James permanently during this summer’s transfer window as he looks for addition to his squad.

Ancelotti worked with the Colombia international while in charge of Madrid during the 2014/15 campaign, after the latter had enjoyed an impressive World Cup campaign with his country. Their time together at the Bernabeu also saw James produce his most productive numbers in a Los Blancos jersey in that same season.

He also had the opportunity to reunite with the attacking midfielder during his brief spell in charge of Bayern Munich, having personally requested the signing of the player.

The Toffees boss has been a huge fan of the Colombian and has always tried to sign him when ever he has had the opportunity to do so, with his last attempt during his spell as manager of Serie A Napoli.

Madrid are looking to sell the player this summer knowing that he has 12 months left on his current contract at the club, and could leave for free next summer. The playmaker is expected to be made available on a cut-price fee with the Spanish side expecting to raise funds through the sale of players this summer, with no major signing expected to be made.

Everton are also thought to be working on deals for Abdoulaye Doucoure and Napoli’s Allan ahead of the start of the new season.

Jamie Vardy agrees a new deal with Leicester City
If there is an extra gear, Martial can find greatness at Old Trafford
To Top