A summer of upheaval at Everton has led to the appointment of Rafa Benítez as club manager, following the unexpected departure of Carlo Ancelotti to Real Madrid. While the club’s transfer activity has been relatively slow compared to previous windows, an opportunity to integrate academy prospects in the first team knocks on Benítez’s door.

Having scored three hat-ricks in the U-23’s pre-season, 18-year-old academy talent Lewis Dobbin has caught the imagination of the Toffees’ fan base. The striker has been amongst the club’s most promising academy prospects throughout his years at the club with many hoping that the youngster be given an opportunity to shine under Benítez.

Dobbin has been amongst England’s most promising youngsters for numerous years. The teenager has represented the nation at various youth levels and has been a consistent performer on the pitch for both club and country. The forward joined Everton’s youth academy at the age of 11 and has since burst through ranks, having displayed remarkable numbers on the pitch in recent campaigns.

Dobbin signed his first professional contract with Everton in January 2020 but, an unfortunate knee injury sustained in training at the turn of the year, following an electrifying start to the 2020/21 campaign, saw him miss out on the second half of the season. The youngster returned for one game, making a brief appearance for the U-23’s before coming off early and then making a stronger comeback for the U-23’s in their pre-season campaign.

The striker’s pace and intelligence on the ball make him an equally threatening presence both on the wing and as a number nine. Primarily deployed as a left-winger, Dobbin’s ability to link up with his teammates, execute a quick change in pace and direction and be clinical in front of goal have been central to his journey through the academy set-up. Additionally, the youngster also possesses impeccable dribbling skills and a powerful shot of his ‘strong’ foot. The youngster is an admirer of Richarlison and counts former forward Didier Drogba as his footballing hero.

Having already caught the eye of the fan base, Dobbin has received much praise from the club’s U-23 manager, David Unsworth. Speaking to hitc.com in 2019, Unsworth expressed his belief in the youngster, “He will become a great player, there is absolutely no doubt. I think it has a very bright future.” With the youngster having caught the attention of Benítez following an exceptional pre-season run, it remains to be seen whether the striker will make his first-team debut sooner than expected.

At 18, Dobbin looks set to have an enriching career at Everton. Coming off a tremendous pre-season campaign, the youngster will be hoping to carry on his relentless goal-scoring form into a potential title-challenging season at the U-23 level. Everton begin their Premier League campaign against Southampton on Saturday while the young blues travel to Ewood Park on Monday, facing Blackburn Rovers to get their season underway. 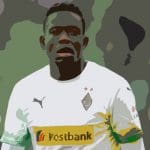 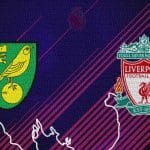