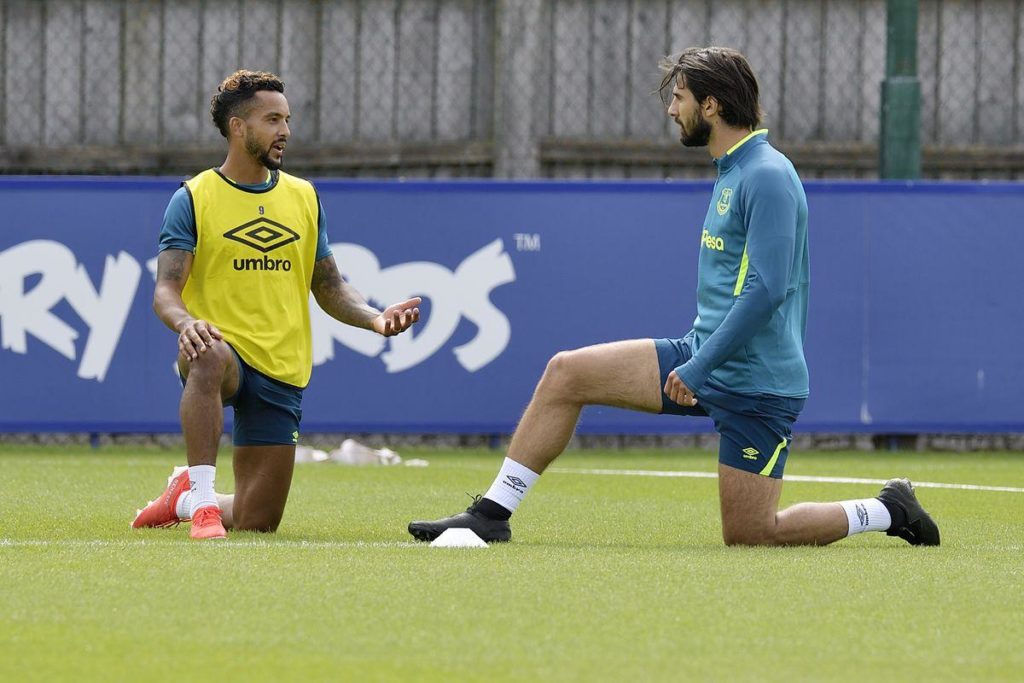 Everton star Theo Walcott has been ruled out for at least four weeks after undergoing abdominal surgery. Andre Gomes is also set to miss training until next week.

The Toffees faces Liverpool in their first game of the resumed season. Earlier today, it was announced that Goodison Park has received the green signal to host the Merseyside Derby. The venue was in question due to Liverpool’s chance of sealing the title and the security concerns due to it. However, at least three players are set to miss the Merseyside clash.

Theo Walcott will be absent for at least four weeks after undergoing abdominal surgery. Andre Gomes also has a minor issue that will prevent him from training until next week. Everton already have Yerry Mina and Jean-Philippe Gbamin injured.

The 31-year-old forward went through abdominal surgery on Monday and has been ruled out from training for at least four weeks. Walcott will now work with Everton’s medical and rehabilitation team for a month and will probably miss the whole season if the progress is hindered. The former Gunner made 25 appearances for the Toffees this season before the suspension of football due to the coronavirus pandemic.

Meanwhile, Portuguese midfielder Andre Gomes picked up a knock in the training sessions and will not train with the squad for a week. He will join training sessions next week. His injury has not been specified by the club. Everton defender Yerry Mina and Defensive midfielder Jean-Phillipe Gbamim have been ruled out due to injury concerns since the restart of training sessions.

Ancelotti will have Andre Gomes back in training before the derby but Jean-Phillipe Gbamim, Yerry Mina and Theo Walcott are ruled out of the game. With clubs receiving the green signal to make five substitutions in a game, Everton now have a thin squad for matchdays. Ancelotti will now have to choose between Iwobi or Anthony Gordon for the right-wing position after Walcott’s injury.