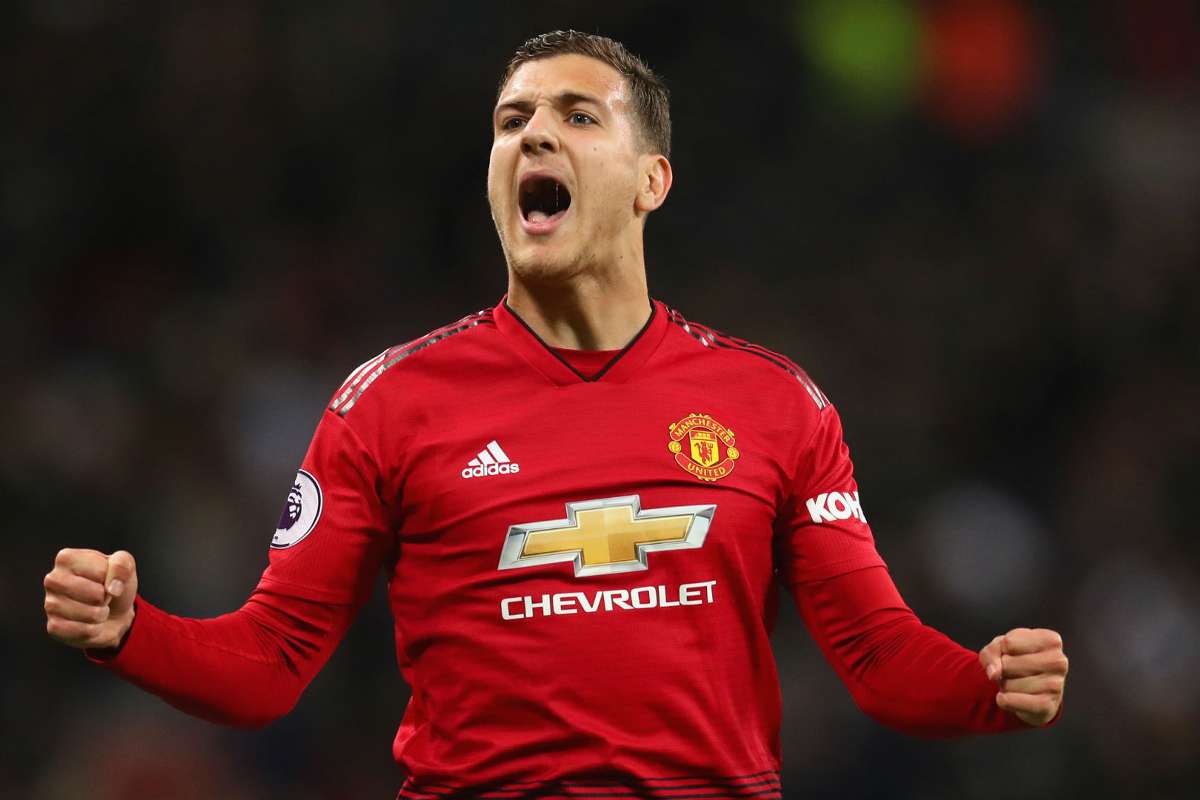 Everton are reportedly targeting a move for Manchester United full-back Diogo Dalot as they look to bolster their defensive options for next season.

Dalot has fallen down the pecking order at Man United after falling out of favor and could be one of the names that could be available for transfer this summer. He has many times been left out of Ole Gunnar Solskjaer’s side, and faces competition from Aaron Wan-Bissaka for his preferred right-back position.

The issue of injury has normally been mentioned as the rationale behind the absence of the Portugal international, but the chances given to Timothy Fosu Mensah has recently raised doubts about Dalot’s future.

And reports on Thursday suggests that Carlo Ancelotti’s side are now looking to bring in the 21-year-old this summer as they hope to end his struggles at Old Trafford.

Competition at the Goodison Park is also likely to be a challenge for Dalot, with the presence of Seamus Coleman and Djibril Sidibe. However, Dalot is likely to have more game time with the Toffees should he make the move in the summer as the Merseyside club prepare a long-term replacement for their captain who is 31 years of age.

The United right-back was signed from Porto in 2018 for a fee in the region of £19 million during Jose Mourinho’s time with the Red Devils.

Everton are believed to be hopeful that a deal worth £10 million would be enough to convince the Manchester outfit in parting with the Portuguese. Though United are likely to demand a fee above the target of Ancelotti’s side, their quest to earn from player sales to fund for moves for their transfer targets could push them to settle for the fee.

Dalot’s versatility also looks to be a key in Everton’s decision to pursue him as they look for a cover for Lucas Digne following the retirement of Leighton Baines.