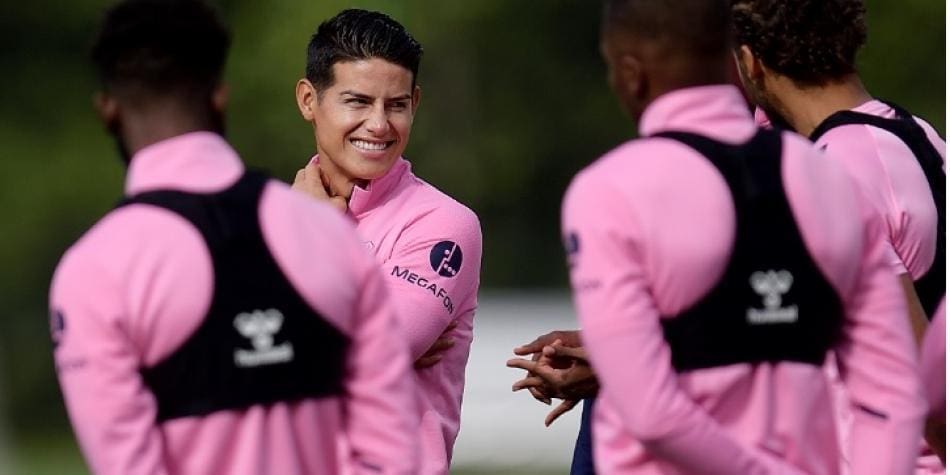 James Rodriguez completed his long awaited move to Everton over the weekend and his arrival at Goodison Park has undoubtedly made people stand up and take notice, particularly with the Blues from Merseyside parading the Colombians arrival  all around the world.

Rodriguez is the most significant player from both a commercial aspect and a sporting one for Everton in sometime- BUT that haven’t stopped some critics from questioning the move.

The core of the critics was Everton reportedly paying €25M for a 29-year-old in the final year of his contract, which did not make financial sense for a club whose finances are already tight.

However, according to the latest reports from Foot Mercato, the reported figure (€25m) is far from what Ancelotti actually paid.

Real Madrid were keen to get rid of the Colombian this summer and they spared no efforts to make it happen, knowing James desire to reunite with Carlo Ancelotti.

Los Blancos didn’t want to risk him ‘bouncing elsewhere’, which is why they ‘offered the Colombian international on a platter to Everton’.- THAT PLATTER was a free transfer.

FM report that Everton ‘did not spend a single euro’ to sign Rodriguez despite the fact that the transfer was announced at €25m, with the ‘only condition being that Real Madrid would get a certain percentage of his future resale. Everton ‘did not bat an eyelid’ and quickly closed the deal, which you can hardly blame them for- if this is true.

The Spanish champions are trying to raise considerable cash by selling outcast players this summer and James is one of them, so letting him go for nothing makes no sense. However, getting those massive wages of the books by letting him go was worth it to them, contrasting to risking his stay by demanding too much of a transfer fee from Everton.