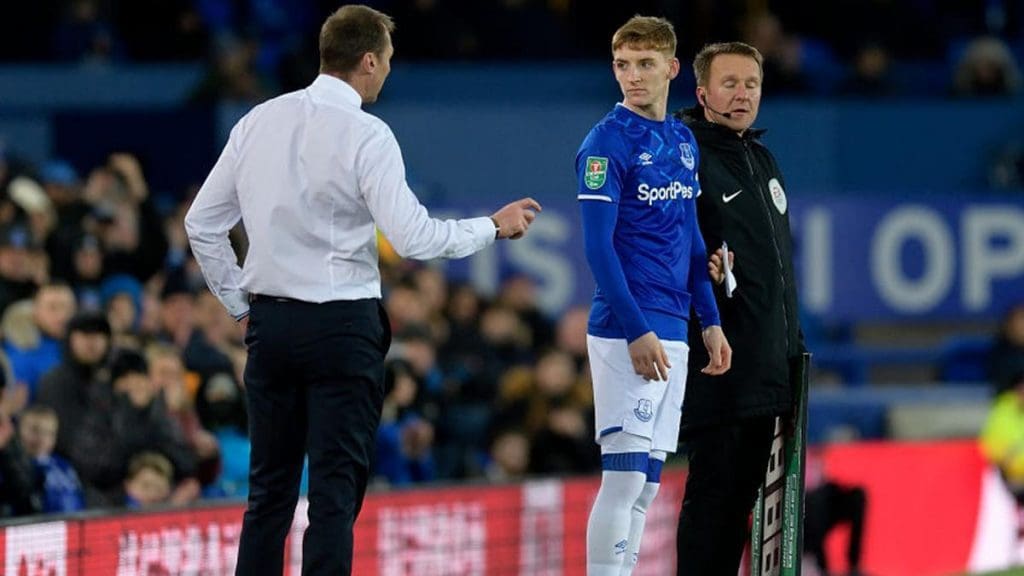 Anthony Gordon has been a standout player in the Premier League 2 for Everton this season, scoring six goals in nine matches for the under-23s.

His performances caught the eye of manager Carlo Ancelotti, who promoted him to the first-team and handed him his Premier League debut against West Ham in January.

Gordon joined Everton’s youth academy when he was 11 and since then has been a part of their youth squad.

He was handed his first-team debut in 2017, in the Europa League in an away game at Apollon Limassol. He also has been a part of the England U18 and U19 setup and has already made a couple of appearances in the league and in cup matches for Everton this season.

Gordon admitted that training with the first team under Ancelotti has been a difficult challenge and is a step up from the development squad. 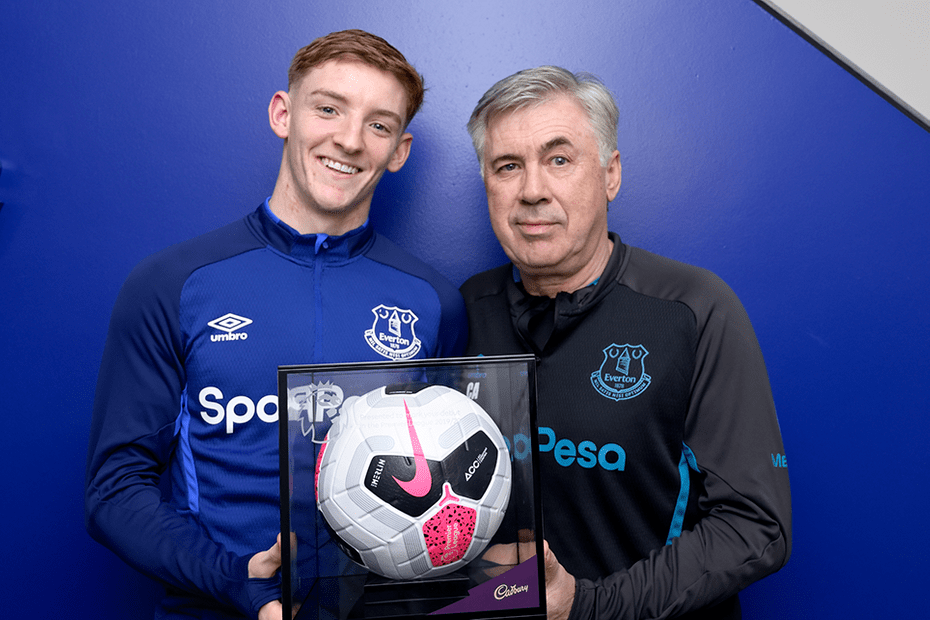 “Training with the first team has helped a lot with my progress. I never realized how hard it would be.

“I always thought I would have the ability, if I just matched it with the work rate.

“But there is so much more ability I have gained from being round those players, the speed of play, the combination play.
Your whole game improves when you are playing with such good players. I will keep working hard, the same as always. The harder I work, the easier it will get.”

Ancelotti also spoke about the player and claimed that he would go to the very top, “Anthony Gordon is working with us. He has the quality to be at the top level but he has to gain more knowledge and experience but he is very good. The first team has to have a strong relationship with the academy, we have
to work together to improve the players from the youth system. There will be times I can take players from the academy to train with the first team.” 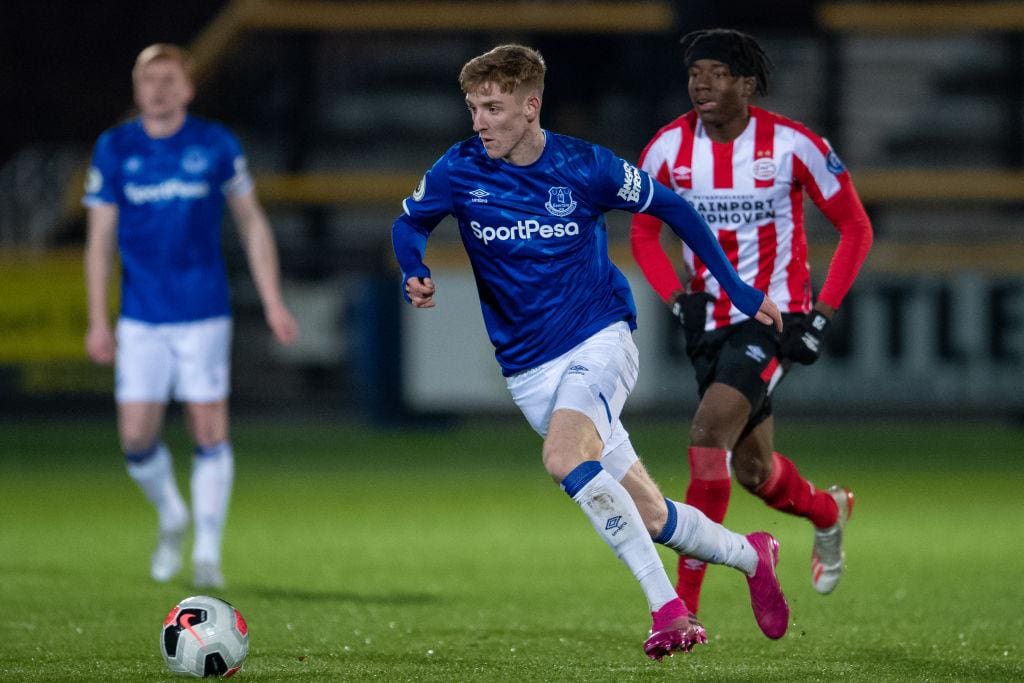 The manager also stressed upon the need of maintaining strong relationships with the academy to make sure that the talent has a direct path towards the senior squad.

The Toffees under-23 squad have a strong set of players who won both the Premier League 2 and the Premier League Cup in the 2018/2019 season. Gordon was outstanding throughout the season, with the ability of playing on both wings and also leading the attack. 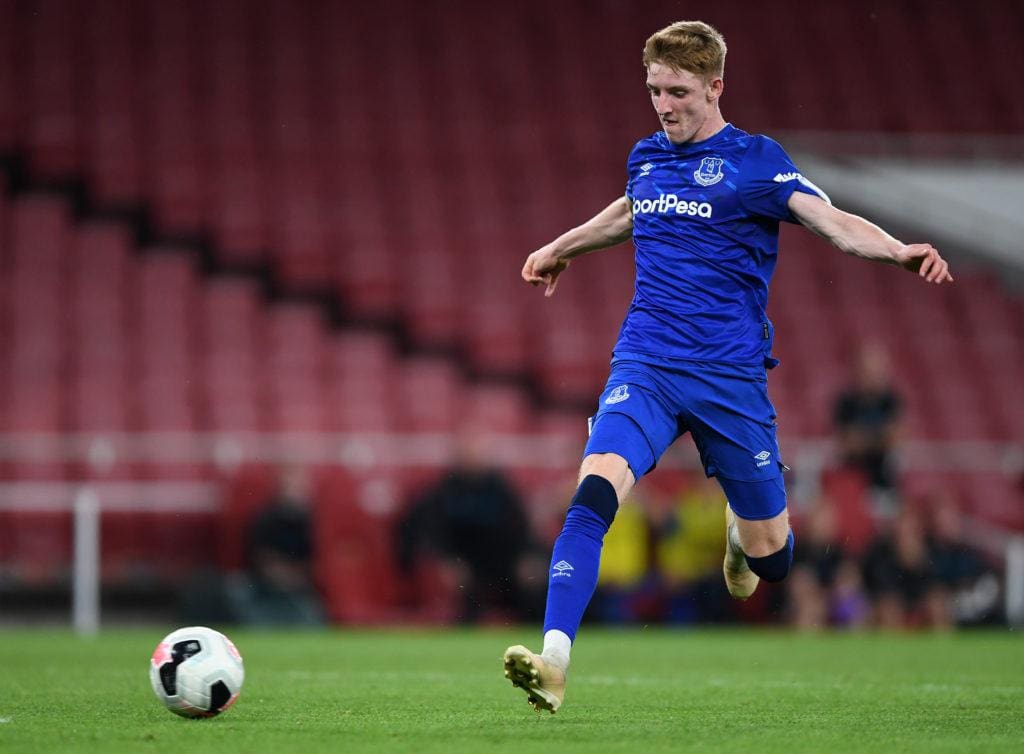 He signed a four-year contract with the club until 2023 amid strong interest from European clubs. The youngster has outgrown the development squad and Ancelotti has shown keen interest in the youngsters progress.

He has loads of potential and with young players like Tom Davies, Calvert-Lewin around him they can form the long term future of the club. 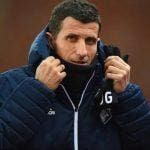 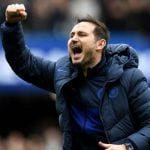