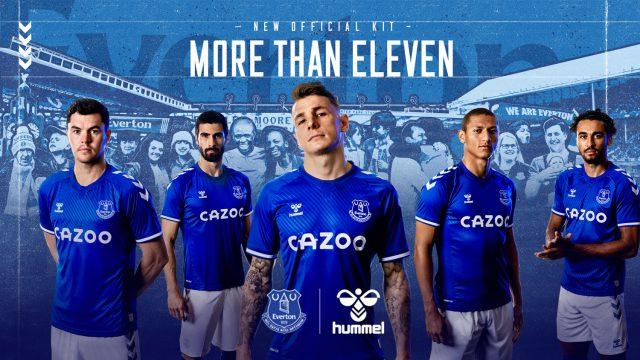 Everton’s 2020-21 home kit has been officially announced by the Toffees and their jersey sponsors Hummel.

This is the first time Hummel will be producing all the kits for the London based club. Earlier Umbro were the jersey sponsors of the club but their contract with the club ended at the end of this season with Hummel being the new jersey sponsors. Everton’s 2020-21 home kit has been released officially by Hummel. Everton’s commercial director Alan McTavish spoke out on the new partnership:

“We are excited to be launching our first the Everton 20-21 home and goalkeeper strips with Hummel as part of our new partnership. Hummel has demonstrated its commitment and passion for Everton by delivering a bespoke, original design that is guided by the rich traditions of the Club. The creative tribute to Z-Cars that is incorporated into the design will resonate with our fans across all corners of the globe. It is also testament to Hummel’s determination to deliver something truly unique and special for our fans,” Alan McTavish said.

The 2020-21 home jersey made by Hummel features the iconic chevron across the sleeves as well as shoulders. The whole jersey is royal blue in colour. The kit pays tribute to the Toffees’ iconic Z-Cars anthem. The shorts are white and the socks are blue in colour.

The goalkeeper kit for 2020-21 season was also released as well. The main colour is green with dark green soundwaves pattern on it. The new goalkeeper kit will have long sleeves and will replace the traditional short sleeves. It will available to buy from today onwards for a price of 69 Euros. 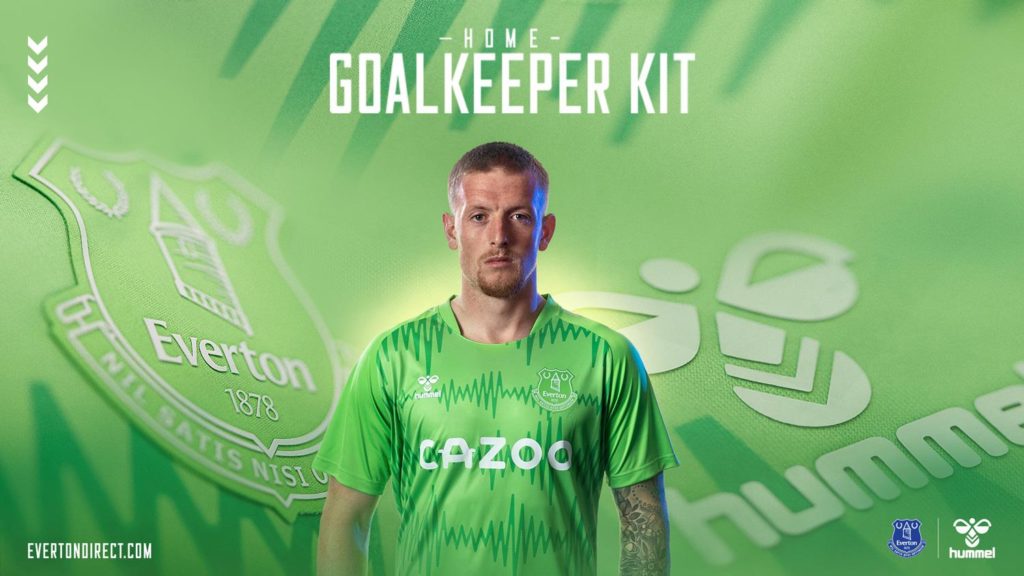 Wilfried Zaha: A risk worth £60 million?

Granit Xhaka and what he actually brings to this Arsenal squad

Pedro Rodriguez: A Man Who Has Won It All