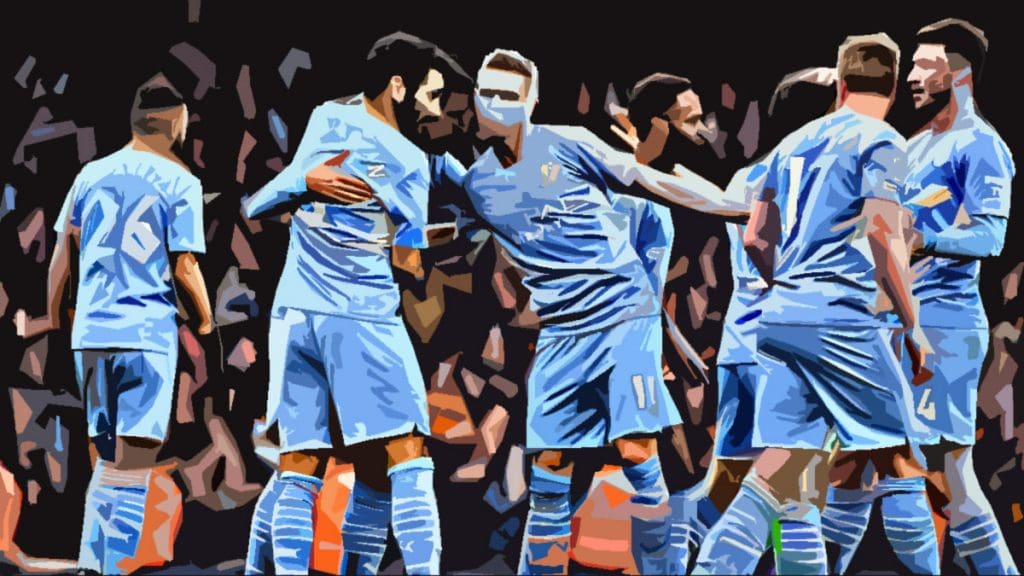 We’re coming up on Matchday 20 of 38 of the current Premier League season. At the moment, Manchester City is sitting at the top of the league, followed closely by Liverpool and Chelsea. So far, there have been some brilliant games played, and some impressive goal counts. The highest number of goals in a single match goes to Chelsea and Man City when they thrashed Norwich City and Leeds United respectively. With this in mind, let’s take a look at the teams with the highest goal counts in single games;

Sitting at the top of the EPL table, there’s no surprise that Manchester City is on this list. Several times this season, they have scored 5 goals in a single game. Their highest goal count in a single game happened when they beat Leeds United 7-0. In the Premier League, Man City’s top goal scorer is Bernardo Silva – with an admirable 7 goals. Overall, Man City have managed to net 50 goals while conceding 12. Out of their 19 matches so far, they have won 15 of them. See if City can keeps hold of their top spot by tracking fixtures here. While you’re waiting for their next game, you should read through these BTTS tips from Squawka.com and get in with a great chance of winning your next accumulator.

Despite having numerous depressing losses under their belt, this season, Manchester United have still somehow managed to place amongst the teams with the most goals scored in a game. On day one of the EPL, United beat Leeds at 5-1. Unfortunately, this streak didn’t last long because they continued a losing streak when they lost 4-1 to Watford on Matchday 12. Luckily, they’ve had a management change-up that will hopefully see them rise to their former greatness. At the time of writing, Manchester United sits 7th on the Premier League table. If they wish to place at the top, they must continue winning matches under their new manager, Ralf Rangnick.

West Ham sits just above Manchester United in 6th place on the EPL table. Their highest goal count was against Newcastle, where they scored 4-2 back on Matchday 1. Unfortunately, they haven’t been on the ball recently – drawing a couple against Brighton and Burnley followed by a defeat in hands of Southampton.

Liverpool got off to a mediocre start to the season, with their highest goal count sitting at just 3. However, when they played Watford on Matchday 8, the tables turned, and they thrashed them 5-0. Currently, in terms of goals scored across the league, Liverpool is out in front with an impressive 50 spread over 18 matches.

Since Lampard departed and Thomas Tuchel took over, Chelsea has been on a winning streak that saw them secure a title win in the 2020/2021 season. This season, they are currently 3rd on the scoreboard and have the joint-highest goal count in a single game with 7-0 against Norwich City. Unfortunately, this is the highest they’ve flown this season, with some of their games seeing them only score 1-3 goals. If they wish to continue with their winning streak, Tuchel needs to bring back the thunder and turn things around. However, hats off to the blues for staying strong amidst a terrible injury crisis in midfield.

The Premier League is at full steam right now, with the race for the title leaving only a couple of points between a win and being a runner up. Will Chelsea manage to the occasion, will Manchester United return to form, or will the West Ham underdogs rise up the ranks? The only way to find out is to stay tuned and watch your favourite games.