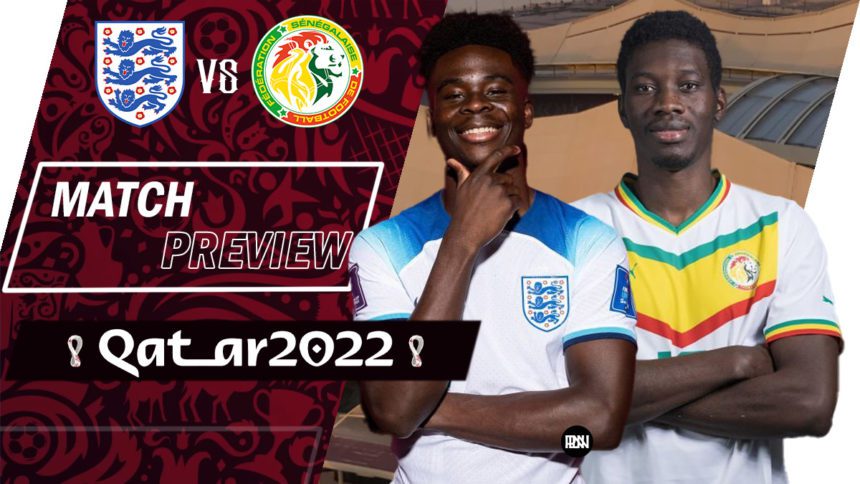 Gareth Southgate’s England smashed their way into the round-of-16, with a 3-0 battering of Wales. England escaped Group B with the best record out of all 32 sides. Next up, a tough Senegal side who have found their way to the knock-out stage after leapfrogging Ecuador last week.

The group stage has not long come to an end, but what a group stage it was. Belgium and Germany both heading home early, Japan and Morrocco topping both their respective groups and Australia beating Demark and Tunisia to qualify with France. It was a group stage full of excitement and surprises, here’s hoping for more of the same in the knockout rounds.

Senegal had all the work to do going into their final group stage game against Ecuador, opening day defeat against the Netherlands and a win against Qatar meant they were sat one-point behind their group rivals.  Aliou Cisse’s side came racing out of the blocks, and came close a handful of times before finally taking the lead through an Ismaila Sarr penalty. Senegal didn’t stop there and could have easily had an extra two-or-three goals if it wasn’t for a couple of wayward efforts. The Lions of Teranga ended up two-one but it never looked like a close game, continue that form into the round-of-16 and an upset could be on the cards.

Are England the best side in this World Cup? They certainly look like a tough side to beat, topping one of the toughest groups in the tournament with the best record out of all sides. Southgate’s side have been far from perfect, with their draw against the USA raising a few eyebrows – looking at their other fixtures though, it’s evident how good this side is, especially going forward. England’s nine goals were the most in the tournament and are going to take some stopping – especially against a side who couldn’t keep Qatar at bay.

It’s looking good for Southgate who has a fully fit squad to call upon. Ben White has withdrawn from the squad with personal issues causing him to return to England, but England still have depth across the squad. More concerning, Southgate has a big selection headache on before Sunday’s game. Kyle Walker and Kieran Tripper are both excellent shouts for right-back, Jordan Henderson has stated his claim to be a starting midfielder and Marcus Rashford’s three goals means he has to be starting against Senegal, but who for? It’s not a decision I would want to make.

Senegal will be without Nottingham Forest midfielder Cheikhou Kouyate who is out injured, and Gana Gueye who is suspended – two absentees which shouldn’t have a great impact on the squad, with Cisse still able to call upon 10 of the same players who started against Ecuador.

All eyes will be on England on Sunday night, with the Three Lions expected to cruise to the Quater finals. When they’re at their best, England can punish any side in this tournament with their electric attack. The pace and technical ability allow England to be incredibly effective when going forward. Harry Kane’s hold-up play means those around him can get in-behind at speed, the passing ability of the midfield and backline mean balls can be hit in behind for players to run on through – it’s tough for teams to stop.

Looking at Senegal’s past few games they don’t look great defensively and rely heavily on the excellence of Edouard Mendy to keep the ball out. With Senegal’s defensive fragility on show in Qatar, Mendy might need to be at his best to keep England’s stars from finding the back of the net.

If Senegal want to progress from this round, then they need to take inspiration from USA’s draw against England last week. USA sat deep and limited the chances that fell England’s way. Most of USA’s attacks game on the counter when they tried to outnumber the England defence. Senegal should look to do something similar if orientate their 4-3-3 to a 4-4-2. Ismaila Sarr could be key to this, using his pace outwide as a way to break and progress quickly.

PREMIER LEAGUE PLAYERS TO WATCH OUT FOR

After the draw against USA, fans and pundits were calling out for Foden to start against Wales and they got what they wished for. The Man City man was nothing short of excellent against Wales. He found the back of the net for the second goal, but his all-around performance was fantastic. His technical ability and intricate passes allowed England to move the ball quickly in the final third, something that will allow them to toy with the Senegal defence.

This is looking like it’s going to be a back to the wall performance for Senegal on Sunday. An upset could very well take place, but there can’t be denying the gulf in class between Senegal and their round-of-16 counterparts. Even in their win against Ecuador, Senegal struggled defensively and had to rely on the brilliance of Edouard Mendy to secure their lead. On Sunday, Senegal will face a team far better than Ecuador, one of the most free-scoring sides in the World. They’re going to be under the cosh for most of the 90-minutes, Mendy will need to be ready. 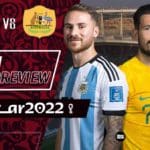 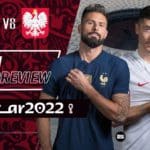