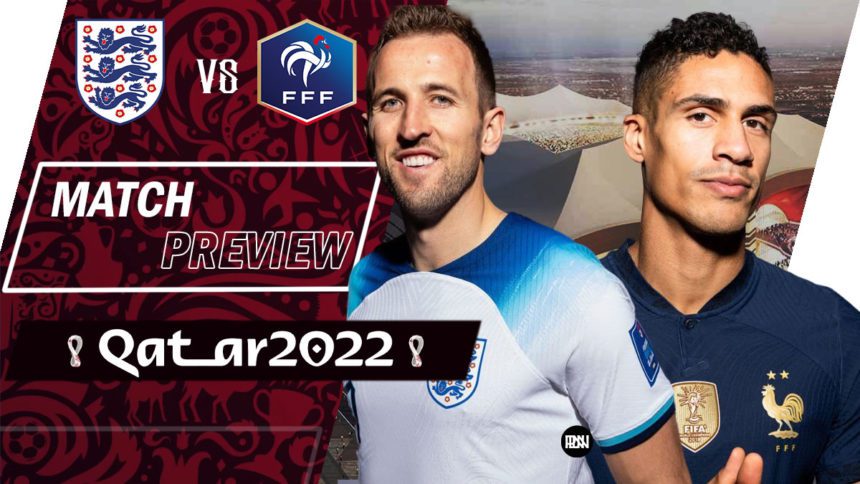 We’re into the final eight of the Qatar World Cup, as England face reigning champions France for a spot in the semi-finals. This is the first real challenge either side has had to face in Qatar, with two sides who look evenly matched on paper. One big question still remains on everyone’s mind, can England stop Mbappe?

After flying through the group stage, England dispatched Senegal in routine fashion – putting three past the African champions. Saturday night will be the biggest test Southgate’s side have faced in a competitive fixture since losing to Italy in the Euro 2020 final. So far this tournament England have looked like one of the standout sides, free scoring going forward and resilient at the back. 3 clean sheets in their last three games is a statement, but they need to remain solid if they want to keep Mbappe and co at arm’s length.

Didier Deschamps’ side would have a near-perfect record by now if they hadn’t already confirmed their place in the last-16 after their second game. Les Bleus rotated heavily for their game against Tunisia which saw them walk away on the wrong end of a 1-0 score line. Other than that, France have been rather dominate, scoring 9 goals on their way to the final eight.

Raheem Sterling flew back to Qatar on Thursday after returning to the UK for personal reasons. His arrival back in the Middle East means he is once again available for selection on the weekend. There has been some speculation that Declan Rice could miss out on Saturday night, with Kalvin Phillips lined-up to replace him. Otherwise, it’s another fully fit and suspension-free squad for Southgate to call-upon.

Didier Deschamps and France face no injury concerns ahead of the quarter-final match-up this weekend.

Is this the best match-up of the quarter-finals? I certainly think so. Two European powerhouses, both chasing international glory going head-to-head. Fixtures like this are expected by this stage in the tournament, but looking across the other four fixtures, not one game holds as much pedigree as Saturday night’s encounter.

Both of these sides are looking like worthy-World Champions, with England’s young squad proving they are simply one of the best sides in the World and the individual talents of France guiding them through to the latter stages of the tournament.

If it’s one thing we’ve learned about England in this World Cup, it’s just how lethal they are in front of the goal. Against Senegal, they found themselves on the back foot for most of the first half, but two excellent counterattacks saw them take a two-goal lead into half-time. We’ve seen them punish Iran and Wales, and Senegal was no exception. France have shown some defensive fragility, all against sub-par sides. Les Bleus are yet to keep a clean sheet in Qatar and with a rampant England attack to defend against they might struggle to keep the ball out the net on Saturday night.

Looking at France, it’s clear what their game plan will likely be. Against Poland, they targeted the left-flank like it was nothing. Kylian Mbappe was their main focal point of attack, terrorising the Poland back-line as he picked up one goal and two assists. There has been a lot of emphasis on how England will contain Kylian Mbappe, Kyle Walker sitting deep, and John Stones pulling further right, but the reality is there is no way to contain the PSG forward. Matty Cash did an excellent job limiting Mbappe last week, and he still couldn’t keep up. One thing for certain, no matter how hard it is, England NEED to keep Mbappe quiet.

PREMIER LEAGUE PLAYERS TO WATCH OUT FOR

The best out-and-out striker remaining at the World Cup, Harry Kane has been relatively quiet so far with just one goal to his name. However, he has been going under the radar with the terrific job he’s done in build-up play. Kane drops deep to help move his team forward, getting on the end of long-passes and holding up play so the likes of Saka and Foden can get forward. His overall play has been crucial to England’s attacking fluidity and he will be key to breaking down France on Saturday. However, this is Harry Kane, one of the best strikers in the World. He’s going to find the net a few more time before he returns home, will he haul against Les Bleus?

There is no doubt France possesses one of the best attacking forces in the World. After his performances in Qatar, it’s hard to argue Mbappe isn’t the best player in the World right now, and he’s just one of the attacking talents Le Bleus are blessed with. However, defensively they’ve been a lot more fragile. At times they looked shaky against Poland and were fortunate the game turned in their favour when it did, as mentioned as well they’ve conceded in every game so far – not a statistic they want to keep ongoing. Raphael Varane is a key-figure in what is a very good France defence, but they haven’t been able to make things work in the World Cup. On Saturday night they will be up against the most free-scoring attack in the tournament, they need to be strong, organised and resolute. As the most experienced member of this backline, Varane along with Lloris will be tasked to keep the defence tight and limit space for the England attack. Keep the Three Lions restricted and they should coast to the final four.

Can Brazil conquer the world once again?
Next Article 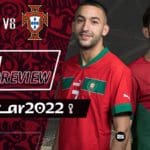