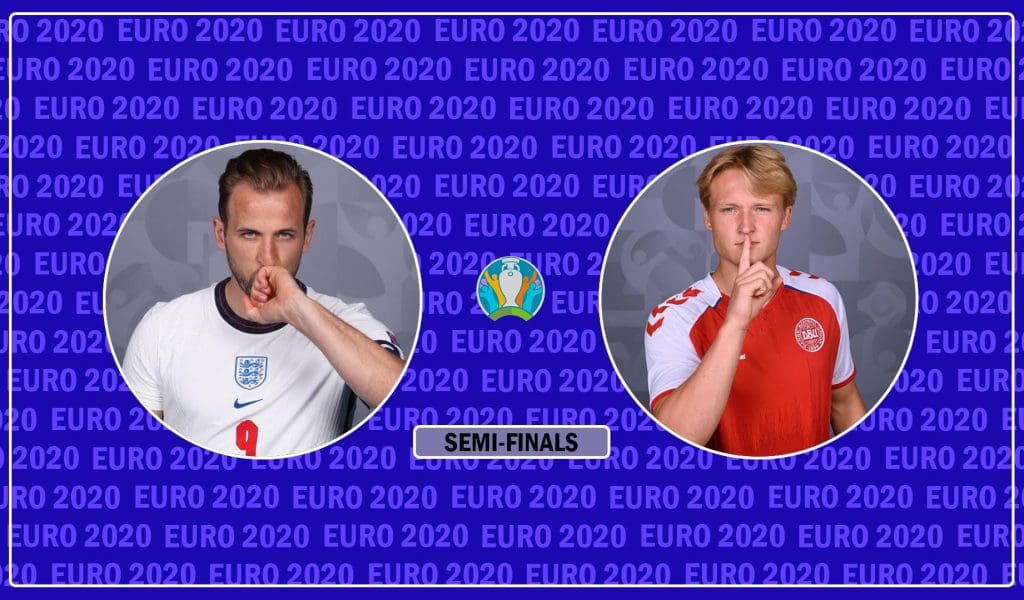 Started with 24 national teams, we are now down to the final 4. England, Denmark, Spain, and Italy remain in contention to win the coveted European Championship trophy. Facing in the 2nd semifinal, UEFA Euro 2020 underdogs Denmark take on bookies’ favorites England in pursuit of continuing their underdog run, what could be one of the most overwhelming and heartwarming success stories in the history of this competition.

Denmark have crafted their way in the final 4 after suffering from a near-tragedy when their most important asset Christian Eriksen suffered from a cardiac arrest in the first match of their campaign. After suffering a 1-0 loss in their emotional first match, Denmark have sailed into the semi-finals without trouble.

They beat Czech Republic 2-1 in the quarterfinals. Goals from Thomas Delaney and Kasper Dolberg secured them their place in the semifinal. Kasper Dolberg has been a brighter spot for Danes. His performance against the thrashing Wales and his outing against Czech Republic have shaped the journey of Denmark in this year’s European Championship. Led by ever-present Simon Kjaer, Kasper Hjulmand’s men have been kept together by their captain in their dramatic road to glory. It remains to be seen if the people’s favorite Denmark go on to make history or will they themselves end up being history?

England on the other hand have been one of the most consistent teams in this tournament. They absolutely humiliated Ukraine in their 4-0 victory in the quarterfinal. England captain Harry Kane has hit the form at the right moment, which could only increase their chances of winning the tournament. Manchester United’s Harry Maguire has been rock-solid at the back with his defensive partner John Stones. England’s disciplined and error-free defense are yet to concede a goal in this competition. England’s supporters will be hoping for the same performance from Gareth Southgate’s men.

Will England finally overcome their upsets from World Cup, or will Gareth Southgate just be a spectator from the sidelines? Only time will tell.

England faces Denmark for the place in the final at Wembley stadium in London. The game will kick-off at 8 pm BST on Wednesday, July 7, 2021.

Three lions reverted to a four-man defense for the win over Ukraine. Gareth Southgate is expected to stick with the same shape when he lines up his team against Denmark.

Jadon Sancho was awarded a start, rather surprisingly for everyone’s sight as it was the first start for Manchester United’s new signing. Sancho impressed everyone with his performance against Ukraine, though Bukayo Saka declared fit and Jack Grealish pushing for a start himself, the duo might just be given the nod considering they got their fair share of rest against Ukraine.

Kyle Walker looked out of focus for the first half against Ukraine, but he got his concentration back up for the second half and he completed the 90 minutes. Harry Maguire scored in the last match and was impressive defensively, hence he won’t be dropped by the manager. Luke Shaw is expected to start on basis of his top-notch performance against Ukraine.

Declan Rice and Kalvin Phillips shielded their defense and kept the game flowing. Jordan Henderson provided energy in the midfield in 2nd half of the game, where he headed the ball past the Ukrainian goalkeeper to score from a corner, he will be expected to make an appearance from the bench.

Kasper Hjulmand went with an unchanged lineup as they beat Czech Republic and are expected to keep the winning lineup on Wednesday. Captain Simon Kjaer started the game and looked fit as ever. Yussuf Poulsen returned to full fitness as he started on the bench.

Dolberg on behalf of his back-to-back performances is expected to lead the attack against England. Martin Braithwaite along with Damsgaard will provide him with attacking support.

Thomas Delaney dominated the midfield with his smart positioning and got his name on scoresheet against Czech Republic. He will be accompanied by Hojbjerg in their midfield duties as they will come up against talented English midfield.

Captain Kjaer will lead from the back along with towering defender Vestergaard and Champions League winning defender Christensen.

Gareth Southgate doesn’t need to worry about any injuries or suspensions as his team carry their momentum in the next round.

Suspended: None.
Doubtful: None.
Injured: None.

Kasper Hjulmand will be relieved that forward Poulsen and captain Kjaer are fit to play. With no suspensions he will look to cause and upset for English fans.

Suspended: None.
Doubtful: None.
Injured: Eriksen.

England captain and Tottenham Hotspur talisman Harry Kane was massively criticized for his goal-less outing in the group stage. But the PL golden boot winner has shut the mouths of his critics by scoring a brace against Ukraine. He returned to form against Germany and there’s no coming back since. England fans will be hoping for a similar performance from their captain against Denmark. As he will carry the hopes of 41,000 supporters in the stands of Wembley Stadium. Gareth Southgate will plan to use his link-up qualities to the fullest. His chemistry with England forward Raheem Sterling has been so good that the duo has been the brighter spot of England’s attacking unit.

Kasper Dolberg has been a revelation of himself in Denmark shirt. Danish Forward scored against Czech Republic, which got his team rolling for the rest of the match. Dolberg has been involved in 3 goals in this competition, scoring all 3 of them. Denmark supporters along with their manager Kasper Hjulmand will have high expectations from former Ajax talisman. He will be challenged by Manchester based defensive duo Harry Maguire and John Stones, who have kept clean sheets in all their matches. If he overcomes the challenge from Maguire and co., Denmark fans will remember his name for years to come.

Both teams are in a great momentum. Enjoying their dream run, Denmark may experience an upset as the Three Lions will overcome their World Cup setback to qualify for the final. 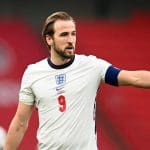 Keeping Harry Kane a priority for Tottenham
Next Article 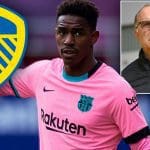