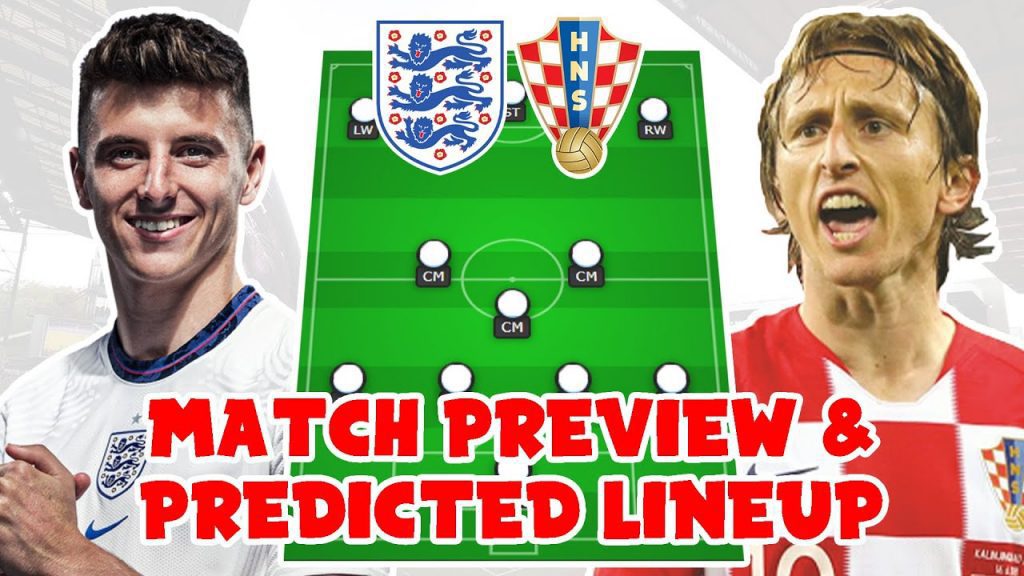 The first game in Group D of UEFA Euro 2020 takes place at Wembley Stadium on Sunday, with England taking on Croatia.

Both England and Croatia will be hoping to get off to a winning start in their Euro 2020 campaigns. With so many historical clashes between these two sides, this one might be particularly interesting.

The two teams will meet for the 11th time in all competitions, including friendlies, as they are separated by exactly 10 places in the FIFA Rankings. The Three Lions have a 5-3 head-to-head advantage, with two games between the two teams ending in stalemates.

This will be the first time the two sides have met at the Euro finals since England’s 4-2 victory in the 2004 edition. Both clubs are favourites to advance from Group D to the round of 16, therefore this matchup could determine which team finishes first.

When it came to selecting his final squad for UEFA Euro 2020, Gareth Southgate had a lot on his plate. And there are a number of unlucky players who have missed the cut, like Jesse Lingard, James Ward-Prowse, and Ollie Watkins, to name a few.

Trent Alexander-Arnold, who suffered a thigh injury earlier this month, has also been lost to the England manager. Southgate has picked Ben White to replace the 22-year-old, as he prefers to have a stronger defensive unit at his disposal. In addition to injuries, England manager Gareth Southgate is concerned about the fitness of two crucial players.

With the news that Harry Maguire is back in training ahead of the game, England has received a welcome defensive boost, although it would be a great surprise to see the Manchester United defender risked right away.

Jordan Henderson, who played in the friendly against Romania but appeared to be out of shape, is another significant concern. Despite the game being a potential top-of-the-table battle, neither player is expected to start against Croatia.

In the absence of Maguire, Southgate faces a significant tactical conundrum, as England’s defence might be exposed. While he could go back to the 3-5-2 formation he used at the 2018 FIFA World Cup, he hasn’t used it much in the three years afterwards, so England could continue with the 4-2-3-1.

As a result, Tyrone Mings is set to be John Stones’ central defensive partner, with Kyle Walker and Ben Chilwell as England’s full-backs. Jordan Pickford, who saves his best football for the national team, is unquestionably guaranteed a start.

In the absence of Henderson, Kalvin Phillips will almost certainly partner Declan Rice in the double pivot, with the 25-year-old pulling the strings from the middle of the park. Mason Mount, the third midfielder, will offer the team’s creative spark. Finally, when it comes to attack, Southgate is equipped with so many alternatives to choose from.

In the final third, however, Harry Kane is a definite starter, with the England captain leading the line against Croatia. Regardless of his form, Raheem Sterling has been Southgate’s go-to guy and should start on the right side, while Marcus Rashford should start on the left flank ahead of Phil Foden, Jadon Sancho, and Jack Grealish, who should come off the bench in the second half.

Croatia’s veteran defender Dejan Lovren is doubtful due to injury, therefore Domagoj Vida and Duje Caleta-Car should form a defensive partnership in the centre of the backline.

For the team’s two recent friendlies, Dalic chose a solid XI, and the majority of the players who started against Belgium – such as Mateo Kovacic and Luka Modric – will start again.

The visiting manager, on the other hand, is said to be debating one of his attacking options, with Bruno Petkovic and Ante Rebic vying for the role of spearheading the attack at Wembley.