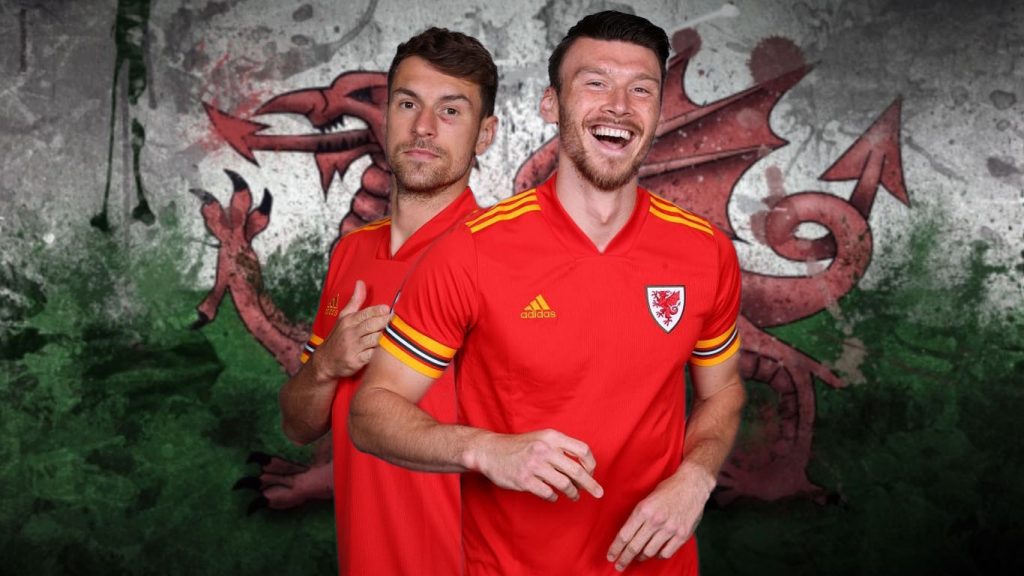 Wales played their 1st game of the group stage against Switzerland and held on to a 1-1 draw, although the match could have gone either way with both teams missing plenty of clear-cut chances.

Wales, however, looked tame in the opening 45 minutes, and there was a lack of an attacking impetus from Gareth Bale & co. However, systems take time to click, and Wales finally clicked in the second half as Kieffer Moore headed home Wales’ equalizer 15 mins from time. While that was the headline for Wales, they were using a brilliant tactic throughout the game which was opening up a lot of spaces for the attacking midfielders, in particular, Aaron Ramsey.

Aaron Ramsey is excelling in the new system because of Kieffer Moore:

While Wales relied on the brilliance of Gareth Bale at the 2016 European Championship, caretaker manager Robert Page has understood that the same cannot be done again. Thus, it called for a new system, something Wales portrayed in their first game against Switzerland.

The use of a burly striker can be used in several systems, however, Wales have tried to use their frontman in Kieffer Moore to facilitate their attacking midfielders, mainly Aaron Ramsey. While Moore has several qualities on the ball, his hold-up play, in particular, was impressive on the day while he also used his 6’5 stature to head balls into players who were overlapping ahead of him.

France used this method during the 2018 World Cup as Olivier Giroud would facilitate Antoine Griezmann, who in turn would become the main goal-scorer for the team. Robert Page is hoping to use Kieffer Moore and Aaron Ramsey in a similar system, and by the looks of it, it is already benefitting them.

While Gareth Bale and Daniel James can outrun the opposition defenders, Wales need somebody who will make the right runs behind Kieffer Moore, more importantly, in the right spaces. While Moore can win the first header, somebody needs to be in a position to capitalise on the second ball, and Aaron Ramsey has made a career out of this. At Arsenal, Ramsey would win the second ball headed on by Olivier Giroud while at Juventus, he does the same job with Morata and Cristiano Ronaldo.

One of Ramsey’s underrated qualities is his finishing in front of goal, while he has also mastered the art of controlling the ball in tight areas. Kieffer Moore, in turn, is an incredible header of the ball while he can also facilitate players around him. The duo works in a perfect system and plays to their strengths.

Robert Page understands that asking a player to do something he is good at is easier than asking somebody to produce moments of brilliance on the pitch. What has also been incredible about this partnership is how Kieffer Moore is creating spaces behind the opposition line for Ramsey. One needs an incredible sense of positioning to pull this off, and Moore has shown that he is not just any Championship striker by showcasing this quality of his.

A target man is essential in any team, but it is an art to use them effectively. Kieffer Moore is not only leading the line for Wales but he is also bringing other players into the game for the greater good of the team. The duo have also made it a point to be in close proximity at all times, as most of the Welsh attacks are on the counter or through long balls to Moore.

While the duo could not use this tactic to provide a goal, Ramsey’s slick movement coupled with Moore’s clever positioning skills is bound to benefit Wales at some point during the 2020 European Championship.