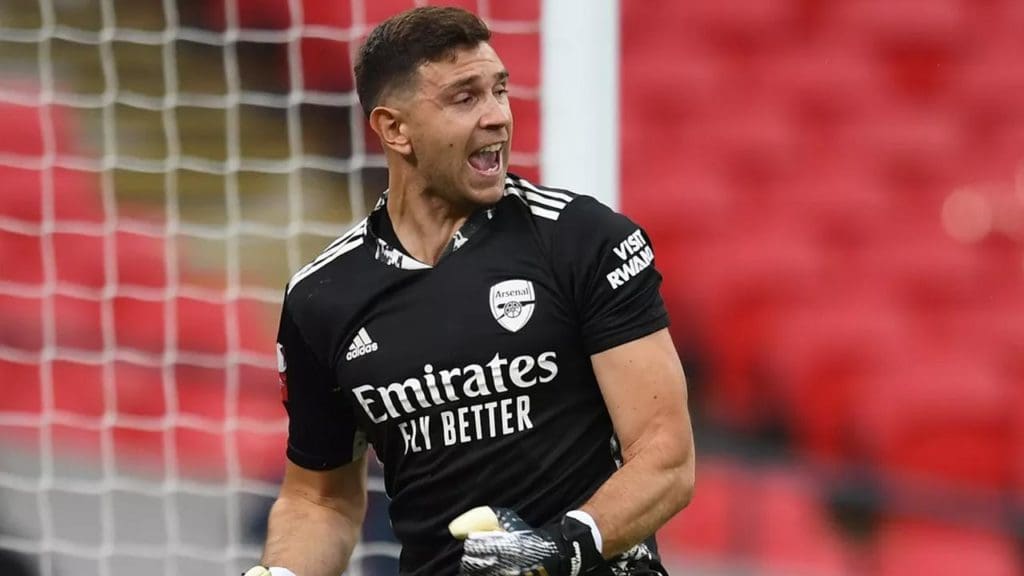 According to the latest round of reports Emiliano Martínez has agreed personal terms with Premier League rivals Aston Villa, which comes after reports of him missing out for Arsenal in Premier League opener against Fulham.

The fee of £20m is being touted in the reports with Emi set to leave his boyhood club in search for regular playing time. Initially Arsenal rebuffed offers from Brighton and Aston Villa in the region of £15m but they begrudgingly have to agreed sell their academy product.

Martinez has been excellent for Gunners after the club’s No.1 Brend Leno got injured in a match against Brighton & Hove Albion. Arteta has been put in tough situation over the long term future of the starting goalkeeper.

The FA Cup and Community Shield winner has time and time again reiterated his desire to play regular first team football and has just has two years left on his current deal.

The situation has become much clearer after Martinez was dropped from the matchday sqaud for the first fixture against Fulham and has reportedly rejected talks for contract offer from Arsenal.

As reported by @NickAmes82 and @jamesbenge this evening – Emi Martinez has been withdrawn from Arsenal’s squad to face Fulham tomorrow and Brighton have emerged as serious contenders to Villa for his signature. Brighton’s offer is larger than Villa’s latest bid.

When Mikel was questioned over the future of Arsenal No.1 position he spoke,

“I love to have two goalkeepers at the level of Bernd and Emi.”Last season, when Bernd got injured, if somebody had some doubts about Emi’s character or qualities then he’s shown what he’s able to do and he didn’t do it for one game, he did it for 10 or 11 games in a row. I’m delighted to have both of them. But they both know that on the first day of pre-season, you start again and fight for your place and show us who is the one that deserves the chance to start. I don’t want to keep them both happy, I want the one that is not playing to be upset. But upset and then challenge the next player to make him better, or if not, earn his place to do that. It’s not easy to do that. I personally don’t see any different with goalkeepers to full-backs. They know that, I’ve been really clear with them and hopefully they can make each other better and hopefully the team better.”