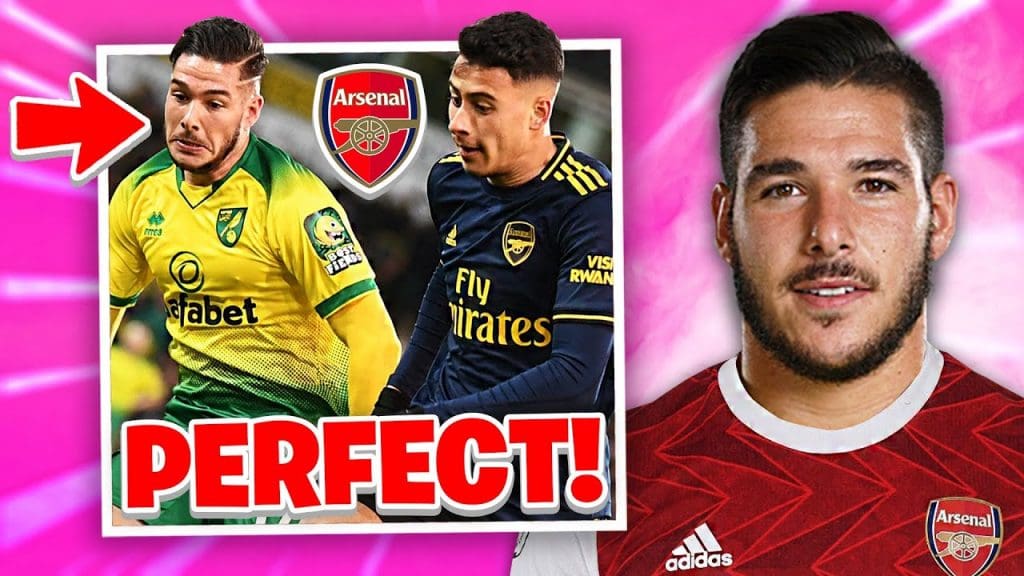 Mikel Arteta & Arsenal’s interest in Emiliano Buendia is one of the most anticipated stories of upcoming summer, as the Gunners prepare for a well overdue overhaul.

Believe it or not, Arsenal have had a better season as compared to last year, however, their performances have lacked a drive and purpose ever since Mikel Arteta arrived at the club in December 2019.

Sidelining Ozil may have been the right decision back then, but Arteta should have found a replacement to provide the creativity the team loses without the German. While Martin Odegaard was brought on loan in the January transfer window, the Norwegian is set to return to Real Madrid at the end of the season with a hefty £50 million price tag, should Arsenal choose to sign the player permanently.

This has led the club to look at some of the alternatives for that role and one name that sprung up more often than the others was Emiliano Buendia, the 24-year-old Argentine who is currently plying his trade at newly-promoted Norwich City.

Since Mesut Ozil’s decline at Arsenal, the club have needed a creative midfielder and while Bukayo Saka and Emile Smith-Rowe have done brilliantly to deputize in those roles, Arsenal needs a far more inventive midfielder playing behind the central striker.

Emiliano Buendia fits the bill for several reasons. After his impressive performances with Norwich last season, Buendia was tipped to make a move to one of the top clubs in England, but with no substantial offers coming in for the Argentine, Buendia stayed put at Norwich and has had yet another ridiculous season with the Canaries.

The attacking midfielder has scored 15 goals and provided 16 assists in 39 Championship appearances for Norwich this season. Shifting across all areas of the midfield, Buendia has played on both wings this season, however, he has reiterated on many an occasion that his preferred role lies behind the central striker.

The 24-year-old has been sublime while playing as the creative hub for the club this season, averaging 3 key passes a game- the most by any Norwich player over the last two seasons. The midfielder is also completing 2 successful dribbles a game, while his passing range has developed quite a bit from last season, with his pass completion rate increasing from 70% to 79% from last year. Buendia is also completing 3.5 successful long balls per 90 mins this season, a quality Arsenal could certainly do with.

The midfielder has also developed a knack for taking long shots this season which has made him a really potent threat going forward for the Canaries. Creatively sound and fearlessly ambitious, Buendia is everything Arsenal are currently lacking in their side and the Argentine could make a massive difference should he sign for the Gunners, and unlike Martin Odegaard, he would be available for under £50 million.

WHERE DOES HE FIT IN AT ARSENAL?

With Martin Odegaard and Dani Ceballos going back to Real Madrid this summer, Arsenal will lose a bunch of creativity in the midfield line. Thus, this leaves a vacant spot for an attacking midfielder in a midfield three or behind the central striker.

This plays right up Buendia’s alley as the Argentine can act as the creative hub for this Arsenal side. Linking up play between the defence and the forward line has been an area where Arsenal have failed miserably this season. While Arsenal does have the players to put the ball in the back of the net, however, there is nobody in the team who is creating the chances to provide the forwards with such opportunities.

Timo Pukki, who has played behind Emiliano Buendia over the last two seasons, has benefitted largely due to the Argentine’s creativity, with the forward racking 37 goals in the last two seasons. Arsenal, who boasts a lot more quality going forward can use Buendia’s vision to boost their goal-scoring numbers.

Additionally, the 24-year-old is a great set-piece taker, a player Arsenal have lacked since Alexis Sanchez left the club in 2018. Brilliant on the ball and an aggressive presser without it, Emiliano Buendia is a perfect fit for Arsenal.

While Arsenal have not made a formal offer yet, their interest in the attacking midfielder has increased in recent weeks, and Buendia’s £40 million valuations is an attractive proposition for the Gunners. Emiliano Buendia is due for a move to a top club, and a move to Arsenal could be the right fit for both the player and the club as Arsenal plan on challenging for a Champions League spot next season.