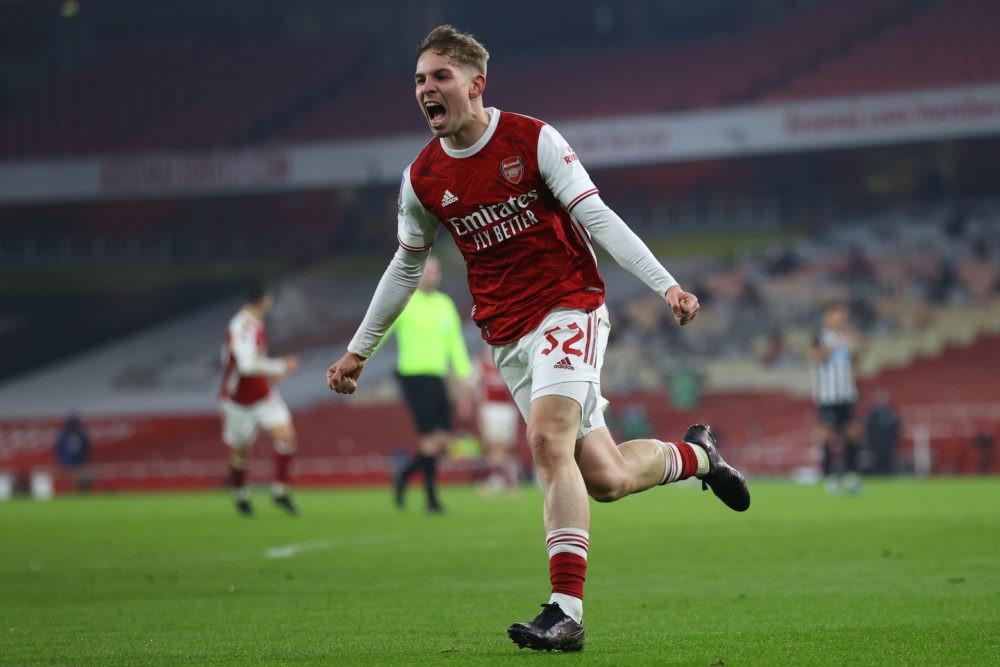 Things have changed a bit ever since the introduction of Emile Smith Rowe in the first-team or the reintroduction of No.10, aa the title says, in Arteta’s Arsenal.

Ever since the banishment of Mesut Özil from the Arsenal squad, the Gunners have been widely struggling to create chances and score goals with most of their forward line starving for chances and opportunities to make an impact on the scoreboard.

However, things have changed a bit ever since the introduction of Emile Smith-Rowe in the first-team or the reintroduction of No.10, as the title says, in Arteta’s Arsenal.

The Gunners have been much more efficient with how they are using the possession and are able to make more impact in the final third.

Here are three reasons we believe that Emile Smith-Rowe has made a difference for Arsenal:

One of the biggest criticism of Arsenal this season has been an absence of a link between the midfield and the forward line, many a time Arsenal have progressed the ball quickly forward though haven’t been able to feed it to the forwards as there is no link in between to assist the transition from defense to attack. Emile Smith-Rowe has proved to be that link between midfield and the forwards and hence has vastly improved the Gunners’ performance.

Arsenal has vastly relied on their forwards when it comes to scoring goals while their midfield hasn’t been able to share the burden with their under-pressure forwards and when they fail to score Arsenal usually ends up in a difficult situation. Emile Smith-Rowe has brought a goal threat from the midfield, with his most outstanding contribution coming in against Newcastle in the FA Cup tie.

While to credit Emile Smith-Rowe completely for Arsenal’s smart positional exchanges with Gabriel Martinelli and Bukayo Saka would be harsh on the latter two, however, it is Smith Rowe’s intelligence to be able to find the right spaces to occupy while exchanging positions with the other forwards that have stood out amongst the trio.