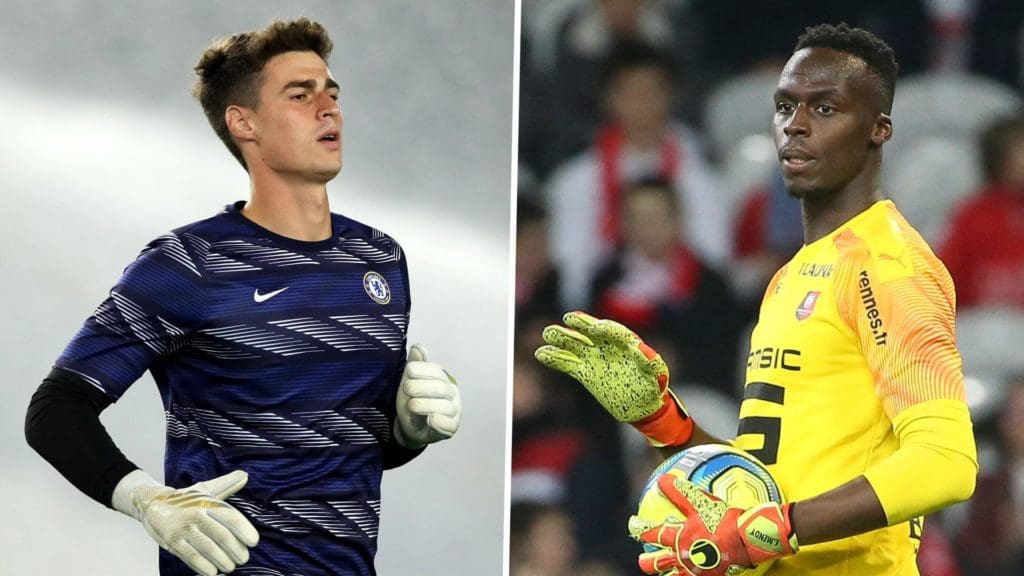 Chelsea announced their 8th signing of the window in form of Rennes’ keeper Edouard Mendy and thus this looks the perfect time for comparison between him and the current Chelsea no.1, Kepa Arrizabalaga.

Kepa has been under recent criticism due to his poor 2019-20 season and not so good start to this season. There have been many reasons floating in for his poor form but the fact that he is the most expensive keeper just cannot let Chelsea fans accept this form. Also Mendy was regarded the second best keeper in the Ligue1 and he been 6’5 ft tall just can’t keep Chelsea fans being less excited. Thus both of them will contest for the starting spot this season for the Blues.

Now let’s check what both of them bring to the team.

Kepa’s strength is his ability to make reflex reactions which reduces goals that Chelsea concede inside the box. This also includes his precision in penalty saves where his quick reactions help him to save penalties he faces. Also, Kepa has 55.9% passing accuracy for passes played over 40 yards which could be crucial this season with the likes of Timo Werner and Kai Havertz up top who like to run behind defensive lines. He has played as an effective sweeper keeper under Sarri where the defensive line did push up to press high and Kepa did make crucial 8 sweeping clearances in 2018-19 season.

However, Kepa’s recent poor form has been due to him making mistakes in short passes and often giving the ball to opposition. Also, he being only 6’1 ft tall makes it difficult for him to stop long range shots from outside the box and also to collect crosses from set pieces. Chelsea last season were very poor in defending crosses and one major reason has been Kepa’s inability to come out and claim crosses.

Chelsea’s newest addition is 6’5 ft which makes him the favorite to win all crosses in the box thus he has a cross stopping % of 10.2% which is the highest in his league and also much above average (8%) of keepers in the Premier League. This stat of his is also better than Allison (8.2%), Ederson (9.6%) and Kepa (7.2%) in the previous season and thus he could be the solution to Chelsea’s set piece problems. Also Mendy has a very high save percentage of 78.4% which edges him over Kepa.

Mendy has some good reflex saving abilities but he often ends up punching the ball in dangerous areas which puts CBs near him in trouble and leading to easy goals for the opposition. Also, he has not faced much of elite attacking opposition which could make it difficult for him to adapt in the PL.

All the stats when compared together show that both have the qualities to start for Chelsea when in their best form. However, stats do not always show the real figure. Mendy has put up these stats in the Ligue 1 and on the other hand Kepa has been facing strong Premier League opposition. Thus this edges Kepa to be the first choice but only if he gets to his best form again and ends up winning the fans back.

Donny van de Beek for £35million – an excellent business?
Thiago Alcantara vs Granit Xhaka: The tactical battle in the middle | Liverpool vs Arsenal
To Top