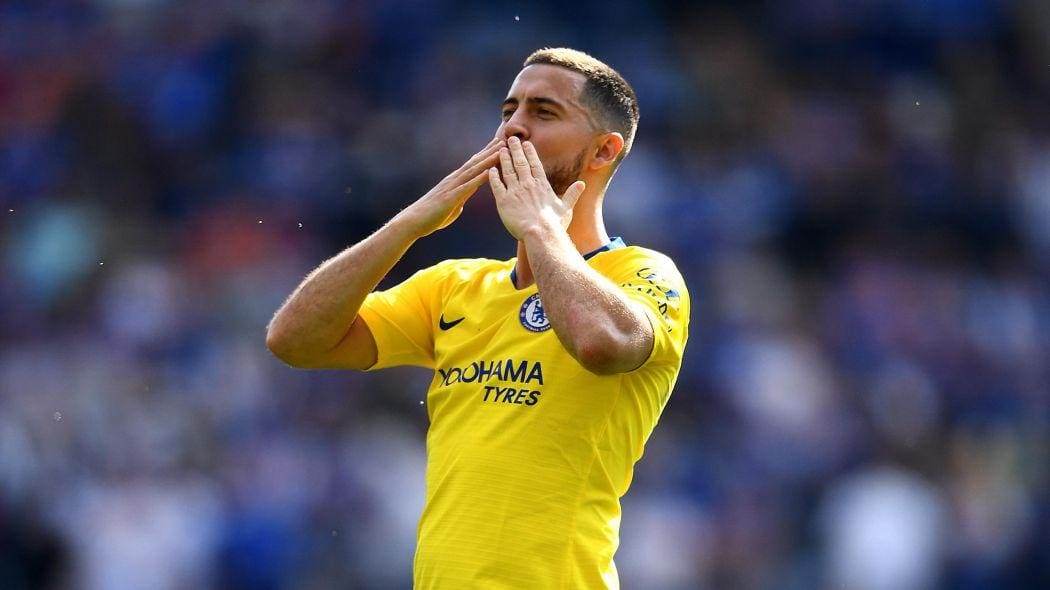 Spanish giants Real Madrid announced the signing of Chelsea Winger Eden Hazard for a reported fee to be worth £130m.

Hazard has signed a 5 year deal with the Spanish giants leaving Chelsea after a long spell of 7 years.

The Belgium international had expressed his desire to join the Spanish club over the past few years and once his deal was made official Hazard took to a Facebook post to express his feelings.

Hazard wrote: “Leaving Chelsea is the biggest and toughest decision in my career to date,”

“Now its in the open I would like to put on record one thing was always clear to me, I have loved every moment at Chelsea and not once did I ever consider, nor would I have left for any other Club.

“Those who know me understand it is not me to list what I have won, all I can say is each and every award both as a team and as an individual have been incredible.

“One day I will be able to sit down over a beer and talk about or laugh with pride about my missed penalty that set up my header to win the league against [Crystal] Palace, or those goals against Tottenham, Arsenal or Liverpool.

“We’ve won the FA Cup, League Cups, Europa Leagues and Premier Leagues all as a family.

“Chelsea and especially Chelsea fans will always be special to me and next season I will look for your results first. I hope that we are drawn against each other in the Champions League next season and every season so we can meet again.”

Real Madrid have already made their 4th signing of the transfer window as they look for a major overhaul.

Hazard will be the newcomer at the club alongside Rodrygo, Porto defender Éder Militão and Eintracht Frankfurt’s Luka Jović who’s signings were announced recently.

Chelsea acquired the services of Christian Pulisic as a replacement for the now departed Eden Hazard and it remains to be seen whether or not the American International will fill in the void left by the club’s most beloved player.