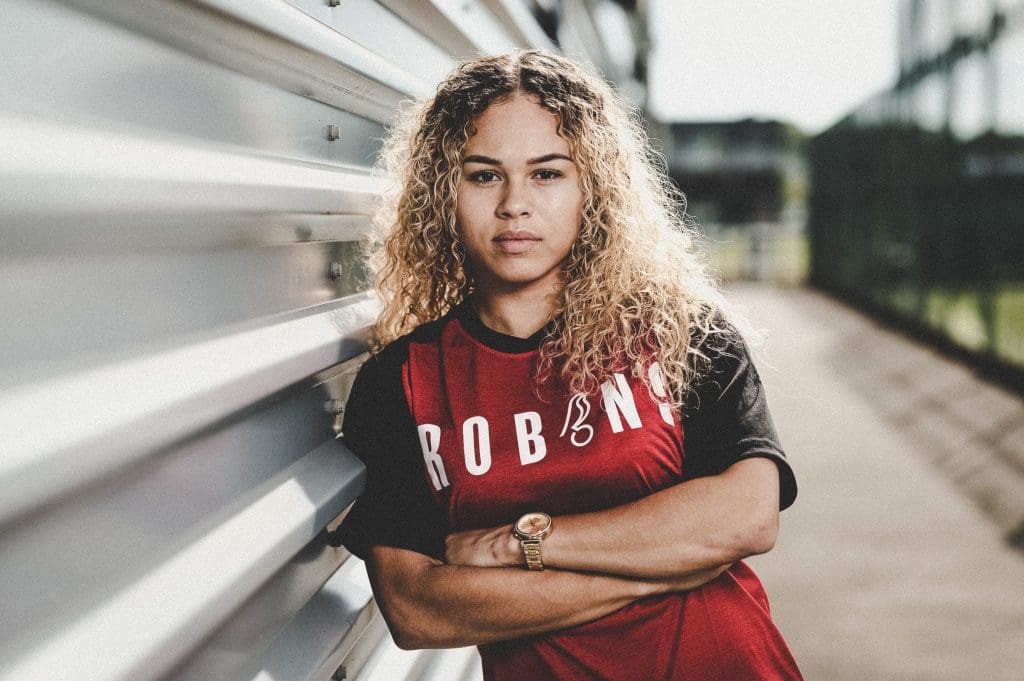 As many of you know, Ebony Salmon is a 20-year-old striker who left Bristol City to move to NWSL side Racing Louisville. But, despite tearing up her first season in the American game, as she scored 6 goals and collected 3 assists for a 9th placed team (which made her involved in 47% of their goals), Ebony Salmon will likely not get into the Euros team.

Why? Well, she’s in the NWSL. Sabrina Wiegman just doesn’t have her eye on her like she does WSL players. And so despite having numbers that aren’t that bad, in a league that is arguably just as or more difficult than the WSL, Ebony Salmon isn’t in contention for the Euros squad, mainly because she’s in America. And that’s why I think she’s coming back.

But before we jump into this I just want to say that the transfer window for the WSL is closed, and so this is a transfer that would likely happen in January. I decided to write about it now because it’s not a rumour and its to do with the national team, which makes sense to speak about during the international break. So now, let’s get into it.

In case you were unaware, the NWSL is a summer league, whereas the WSL is a winter league. This causes problems for some players, as they can’t easily change over leagues without abandoning/joining a team midway through the season. And that’s exactly what’s been going on with Ebony Salmon.

I think, if the window was open now, she’d be getting ready to pack her bags. After all, Louisville’s season is over in a few days, and they’re out of contention for the playoffs. With teams like Reading and Leicester willing to take her on, Ebony has a lot of suitors, but they can’t get her yet anyway. And the fact she’s in a winter league is a big negative, as she wouldn’t play matches for a little while now.

So, if this wasn’t here some of you would say, ‘Oh, but Rachel Daly plays for Houston Dash and she still gets into the England team’, or something along those lines. And there’s an extremely valid reason why Rachel Daly is in the Lionesses squads despite being in America. It’s because she’s experienced.

Ebony Salmon has only had 4 years of women’s football experience, and that simply isn’t enough, especially if you’re trying to break into the Lionesses. Sure, the likes of Lauren James and Lauren Hemp are in there, but they are (or were) starting week in week out in the WSL and dropping quality performances for some of the best sides in the league. Scoring goals is good, but assurances like playing for a top team and playing in the WSL just can’t be achieved by Salmon unless she moves.

So, we’ve now concluded that if Ebony Salmon wants to be featured in next years Euros, she needs to get a move to a club to be playing week in week out in the WSL. But, that’s a big challenge for both player and club, so, who wants her and does she want them back?

Just so you’re 100% aware, the relegation sides are Reading, Birmingham and Leicester. They could all do with a striker who has scored goals in a bad team before, like Ebony Salmon did with Bristol City. So, that’s box 1 ticked, the club would benefit from having her. But does she benefit from joining the club?

No. Ebony Salmon moved away from Bristol as she didn’t want to play in the Championship, which is fair. However, she’ll be risking the exact same thing if she picks one of these teams. Maybe if she joins Reading she can pick them back up to their midtable stability, but joining one of the other two would be a risky move, unless she wants to move if they go down.

The Big 3. That’s Chelsea, Arsenal and Manchester City in women’s football, in case you were unaware. These sides have it all. They’ve got money, quality facilities and they give people that reassurance like ‘Oh, she’s playing for Arsenal, she must be good’. But, something that comes along with that is the lack of game time. These teams tend to have multiple WSL quality players in one position, so Ebony would not get alot of game time. So it’s a mixed bag. But does the club benefit from having her?

Probably not. Realistically, there’s no difference between Ebony Salmon and Elise Hughes for Chelsea. If anything, they’d prefer the latter right now. Because they’ve already got Sam Kerr, Pernille Harder, Beth England, Fran Kirby and Erin Cuthbert trying to maintain a starting spot in their attack, so they don’t need Ebony Salmon to come in and demand game time. However, someone like Elise Hughes would be more likely to not mind sitting on the bench, maybe going out on loan or playing in the academy league (Can I just say this is no disrespect to Elise, she’s playing first team football with Charlton, she was just the first name I thought of), which is why Chelsea would like her instead.

The midtable clubs consist of Spurs, Brighton, Aston Villa and West Ham (although this list isn’t a reflection of past standards, just a mix of that and current placement), and they are teams who have recently come up to the league and/or were a few places away from survival and have slowly maintained that position. These teams will be looking to push on in the future, and they could do with a bright young spark like Ebony. So, would she like joining a midtable club?

Probably. She would want a starting berth at that club, which I think they could all offer. Spurs have started to kick on, and I think Ebony could fit in there; Brighton have Danielle Carter, who could take Ebony under her wing and they could form a duo; Aston Villa have Emily Gielneik up top, but she’s adapting to the league; and finally, West Ham could be the most difficult, but Adrianna Leon hasn’t been prolific in her last two seasons, so the Hammers wouldn’t mind her. So, it honestly depends on how much game time she gets, but she may want the next opportunity.

The Challengers are the smallest group, but are definitely the most feisty. These teams are attempting to break the natural order, and have risen (or rocketed) through the bottom groups and are now looking at the most difficult thing of all; breaking the top 3. Everton and Manchester United are the teams looking to do this, and even though Everton’s project has crumbled (which you can read about here), they are still worthy opponents to the likes of Manchester City (who have had an extremely terrible start to the season, and are currently sitting in ninth place). These teams are looking for quality, which Ebony Salmon definitely offers. They would want her to fight for her place, but I think they’d be willing to accept her. But does she accept them?

Yes. Obviously joining Man United or Everton has some perks, but it doesn’t have the security that those big sides give you. She would be getting a chance to finetune her skills, without any reliance put on her, like they did at Bristol City. I think she would prefer Manchester United, as despite them having alot of strikers, not many have extreme quality, apart from Ella Toone and maybe Alessia Russo, although some have their doubts. She would be able to start 10-15 games, and I think that’s enough to impress. So, Ebony Salmon to Manchester United, here we go?

Can a second-string Chelsea prove too good for Southampton?
Can Burnley take advantage of Tottenham’s poor from?
To Top